The Federal Court of Australia has rejected former intelligence agent Adriana Rivas' appeal against her extradition to Chile, where she faces accusations regarding the disappearance of seven people during the 1970s.

Adriana Rivas, an agent during the Pinochet dictatorship, is one step closer to facing justice in Chile.

The Federal Court on Thursday rejected the appeal by which Rivas tried to avoid her extradition.

With her ruling, Justice Wendy Abraham confirmed the previous decision taken by the New South Wales Court Magistrate Philip Stewart, who last October gave the green light for the Chilean to be sent to face trial in her country.

"The application for review is dismissed, the previous decision is confirmed," Justice Abraham said.

The applicant is eligible for surrender for aggravated kidnapping for which her extradition is sought.

Read this in Spanish: Rivas, 68, who has been detained in Sydney since February 2019, attended the proceeding via teleconference.

In 2013, SBS Spanish revealed that former DINA agent Adriana Rivas, had been working as a cleaner and nanny, and residing in Sydney since 1978. Rivas is wanted in Chile for the aggravated kidnapping and disappearance of seven dissidents in the 1970s, including a pregnant woman. If proven, these are considered crimes against humanity.

While on a visit to Chile in 2006, Rivas was arrested by local authorities there. She escaped while on bail in 2010 by illegally crossing the Andes into Argentina, where she boarded a plane back to Australia. Upon her return, she was living in taxpayer-funded housing until her arrest in 2019.

She denies all charges against her. 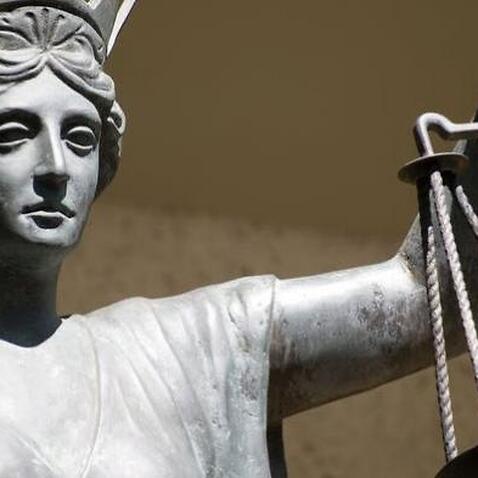 Rivas' lawyers had demanded her freedom and the review of Magistrate Stewart's decision to extradite her in a request containing 548 arguments, that supported Rivas’ claims that Magistrate Stewart "erred in making such determination".

Her lawyer, Frank Santisi alleges that the magistrate did not consider that Chile’s Amnesty Law decreed during the Pinochet regime had not been “annulled by any parliamentary law” and that the magistrate applied a "blind-side approach to the matter".

"The Amnesty Law is in fact still law and in force. There has been no Law of Congress since 10 March 1978 and to date, to repeal it or have it declared invalid" Santisi said.

According to Santisi, the accusations against Rivas constitute "a retrospective prosecution", "inviting Australia to participate in the exercise on the prosecution of something that is not prosecutable" and that goes "against the Constitution of Chile". 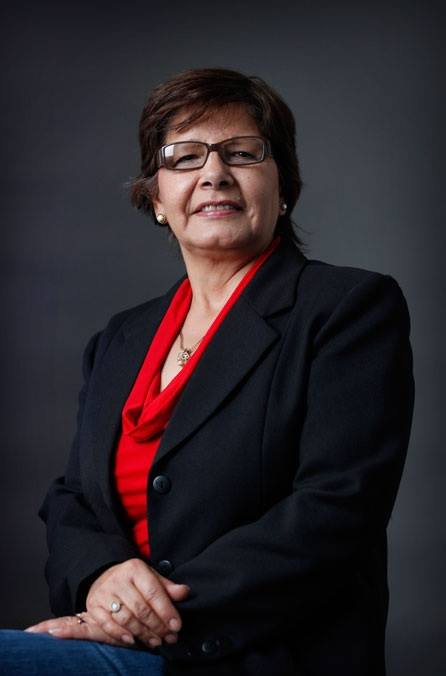 Justice Abraham stated in her reasons for judgement that "if the Amnesty Law is available as a defence in the applicant’s prosecution, that is a matter for the domestic Chilean proceedings if the applicant is surrendered".

"At the time of the extradition request the applicant has not, under the laws of Chile, been pardoned".

The attorney representing the Chilean government in the extradition process, Trent Glover, stated in documents presented in court that Rivas' allegations "are not valid" and that her extradition "is completely orthodox and the requirements for it to be delivered are easily met."

Glover also said that in his October 2020 decision, Magistrate Stewart had "addressed Ms Rivas' arguments against her extradition carefully and completely".

Adriana Navarro, a Sydney-based lawyer representing the Chilean relatives of the victims, told SBS Spanish that they were "very pleased" with the outcome and that "many could not sleep last night in expectation of what the Federal Court would determine this morning".

"They are very excited to see that once again Rivas' arguments have been rejected outright," she said.

Navarro said confirmation that Rivas is extraditable under Australian law "fills their hearts with hope" and "gives them renewed purpose and hope to move forward in the search for their loved ones".

Francisco Ugaz Tapia, a lawyer for the relatives of the disappeared in Chile told SBS Spanish: "We are very satisfied with the decision of the Australian justice [system] and we hope that this extradition process is finalised as soon as possible." 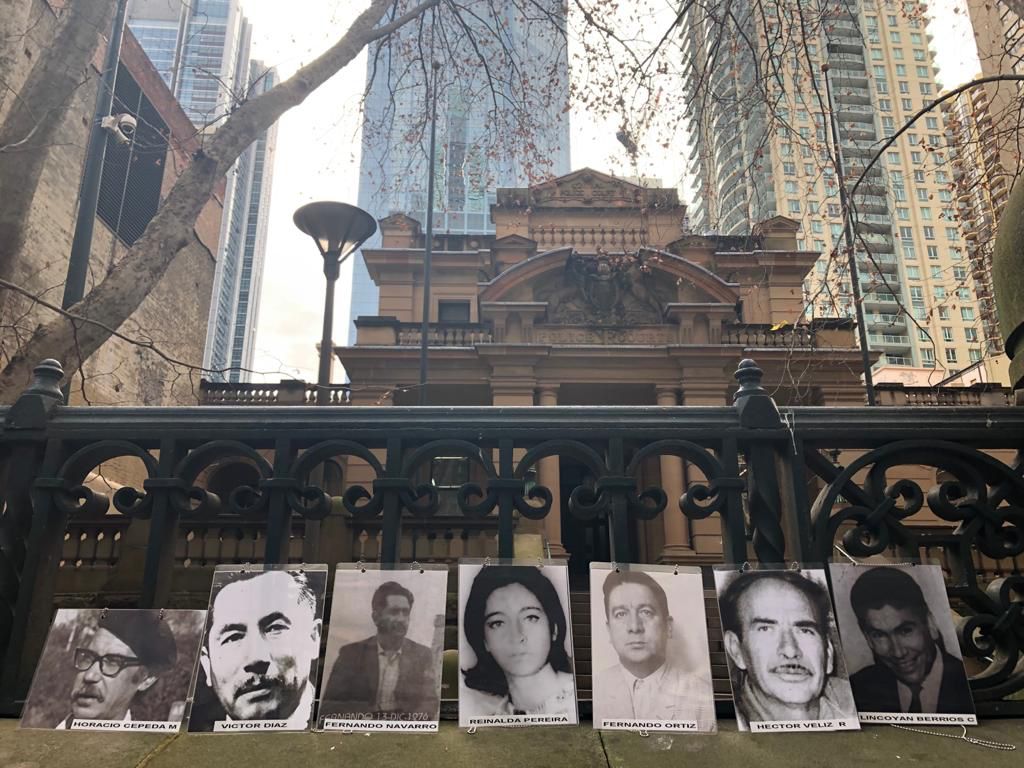 Images of the seven people who disappeared in Chile laid out in front of the court in Sydney.
SBS

In a written statement, representatives of the National Campaign for Truth and Justice in Chile - Australia, expressed their “joy and satisfaction for the determination of the Federal Court of Australia, confirming a previous decision of Judge Stewart to extradite Adriana Rivas to Chile”.

"If the extradition of Rivas proceeds as it should, justice will be in the hands of the Chilean judicial system," the organisation said. 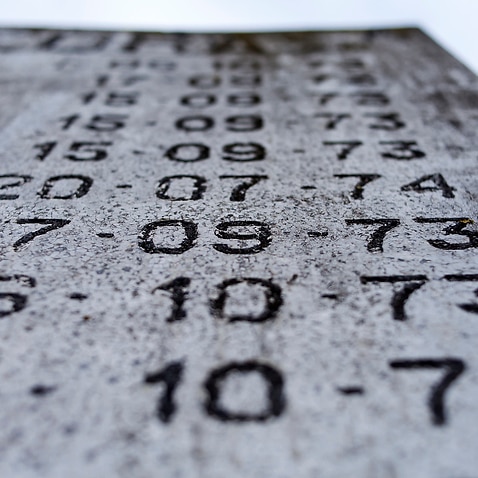 The nature of the National Intelligence Directorate, DINA and the Pinochet dictatorship

During Pinochet’s brutal dictatorship (1973-1990), dissidence was punished without mercy. Anyone perceived to oppose the regime could be denounced, arrested, disappeared, and executed.

Suspected left-wing activists were rounded up and detained, and many of them tortured. Pinochet’s secret police, the DINA, was central to these operations.

Historical records and evidence show that DINA operated outside the criminal justice system.

There were no official arrests, no trials and no public record of thousands of people who ‘disappeared' during the dictatorship.

State-sanctioned terror, censorship, and self-imposed silence were so deeply prevalent, that to this day, many facts surrounding the dictatorship are still obscure.

In recognition of the many Chileans who needed to escape danger at home, the Whitlam government, with bipartisan support, created a special program for Chilean refugees to come to Australia. The high influx meant that there were fears among some Chilean community members that Pinochet agents could’ve reached Australian shores alongside legitimate refugees.

During Rivas’ first extradition hearing, Santisi claimed that the material presented in the extradition request was insufficient.

He also argued that the magistrate did not understand “the history and the powers that DINA represented” at the time of the Pinochet regime and stressed that the organisation could be considered as the “ASIO of Australia or the American CIA” and so the alleged victims "weren’t detained unlawfully, they were arrested".

The barrister insisted on an argument previously heard by which he defends that the material presented in the extradition request is "insufficient and does not show that the DINA was an illegal group, or if Rivas was present at the Simon Bolivar Barracks when the alleged crimes occurred".

For his part, Glover insisted that, according to the documentation presented by Chile, "it is clear that (the DINA) was a secret organisation outside the law and that the Simon Bolivar centre is described as an extermination centre."

Glover insisted that according to the evidence presented by Chile, it can be concluded that Rivas "was an agent and that she actively participated in that group," something that Rivas denies.

Magistrate Stewart during the October decision said he was "satisfied" with the information presented in Chile's extradition request while confirming that DINA would be considered a “criminal group” under the laws of the state of New South Wales.

However, the Rivas' legal team questioned this principle of "double criminality", necessary for the extradition to be carried out.

Justice Abraham said in her reasons on Thursday: "It is alleged that DINA made efforts to keep their activities hidden, which included disposing of bodies in a manner such that they could not be identified or found, which, if established, would be capable of demonstrating a general awareness of the criminality of the conduct irrespective of the fact that it was State sanctioned".

What are the next steps?

A previous extradition process, the case of Dragan Vasiljković, a former Serbian paramilitary leader who was extradited to Croatia in 2015, took nine years after his arrest in Perth.