High unemployment and a lack of economic opportunities has led to millions of Nepalis seeking work abroad, often with uncertain and dangerous prospects - tens of thousands even learning new languages such as Korean.

On 15th June 2018, a coffin containing the body of a Nepali migrant worker arrived at Kathmandu’s International airport.

The body was that of Bhupendra Darlami, who had been working in Qatar.

Dal Bahadur Magar, a friend who accompanied Darlami’s body to Nepal, said that he had died due to cardiac arrest at the end of May. Two other bodies, along with Darlami's also arrived at the airport. 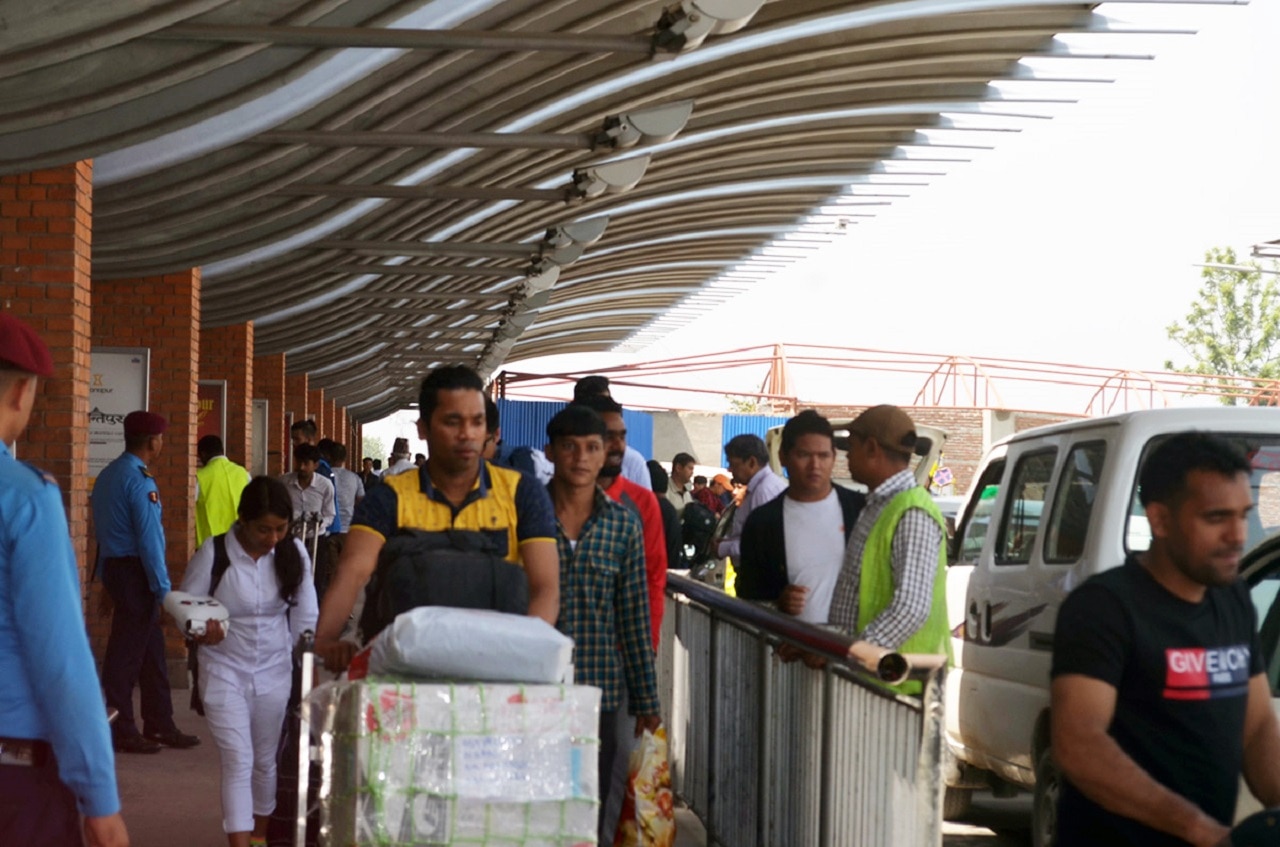 According to officials it's a daily occurrence, with up to four coffins coming back each day.

Like Darlami, thousands of Nepali workers are flying to Qatar, the host country for FIFA 2022 World Cup.

According to a government report approximately 85,000 labour permits were issued to Nepalis to work in Qatar over the past nine years. 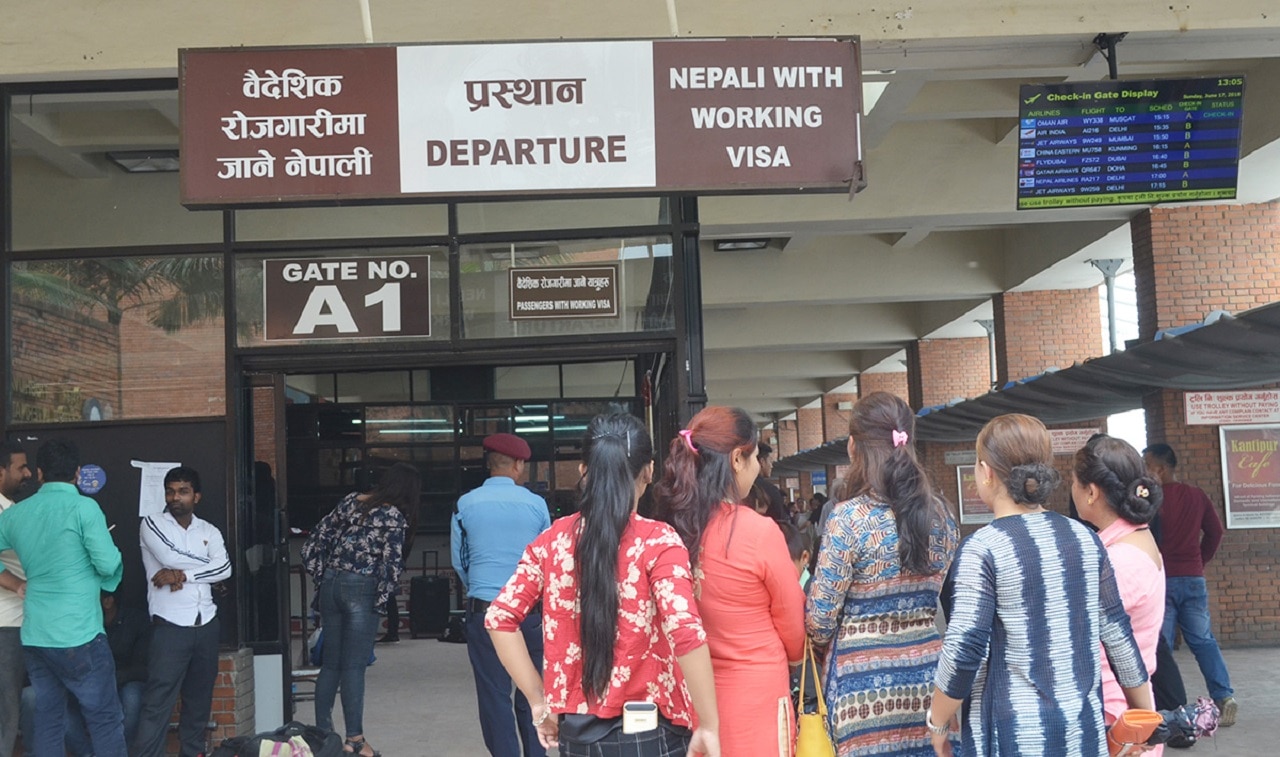 But it’s not just Qatar that Nepalis are travelling to. There are more than 150 countries where they are permitted to work.

According to the Department of Foreign Employment in Kathmandu, around 3.5 million people received labour permits to work overseas over the past ten years.

In return, it's estimated that Nepal received remittances to the value of $8.93 billion (AUD) from its citizens overseas - that's over one-quarter of the country's national GDP and the fourth-highest proportion in the world.

It's believed that over 1,600 workers are leaving the country every day with more than 80 per cent headed for Gulf countries including Qatar, Saudi Arabia and Kuwait. Malaysia is another destination with large numbers of Nepali workers.

Many workers say lack of employment opportunities in Nepal is the main reason why they choose to go overseas; the World Bank estimates the current rate of unemployment in the country is sitting at 32 per cent. 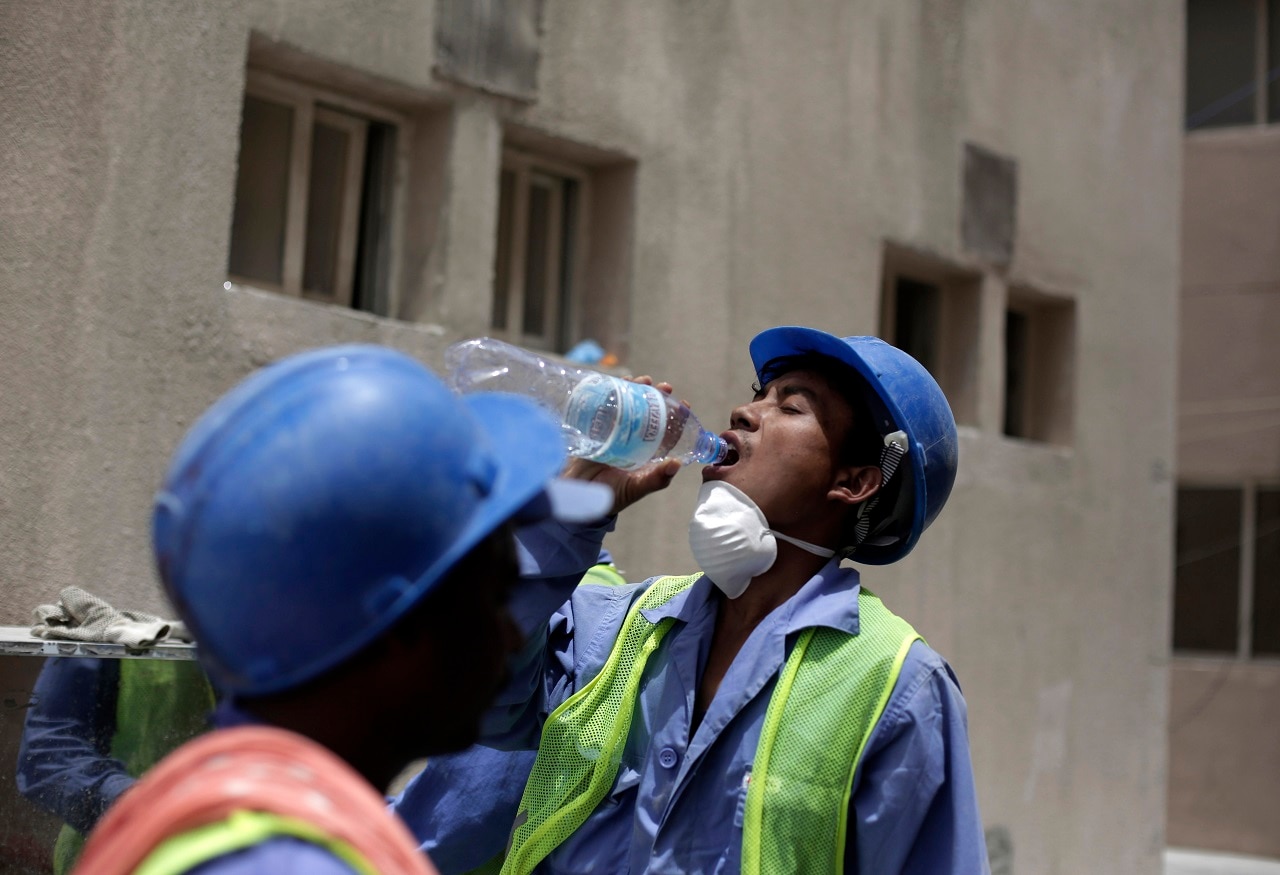 A Nepalsese worker takes a break in Doha, Qatar.
AAP

However, for many, their dream of turning their lives around financially doesn’t always turn into reality.

In 2017 alone 957 Nepali workers died overseas. Workplace and traffic accidents, illness and suicide are reportedly among the leading cause of death.

"The company used to send us daily to new houses for work. They used to treat me as if I owe them."

According to data from Foreign Employment Promotion Board, 5,892 labourers have lost their lives over the past nine years - of them, 127 are said to be women.

According to the country's Ministry of Labor, Employment and Social Security, Malaysia recorded the highest number of deaths among Nepali workers, with the figure reaching 2,154.  A further 3,300 workers died in Saudi Arabia, Qatar, UAE and Kuwait. 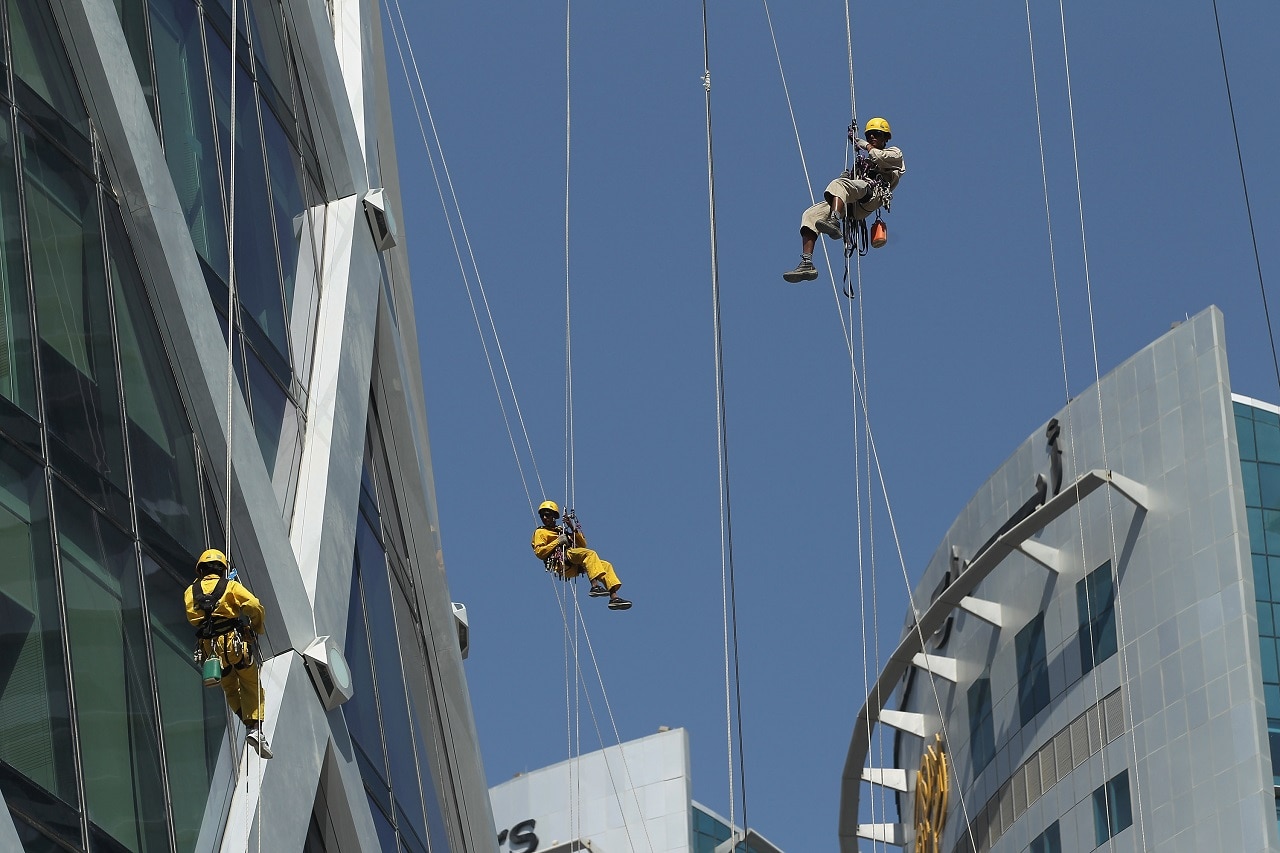 While workers blame a lack of coordination among labour, foreign and home ministries, government officials have other views.

"Each day Nepalis are dying here due to a lack of proper knowledge of Qatari rules and lifestyle", says Ramesh Prasad Koirala, Nepali Ambassador to Qatar.

He says the workers, who are mainly unskilled, rely almost solely on manpower agencies to facilitate their travel to Qatar, and that leads to problems.

But many workers say that despite labour laws requiring employers to support employees with medical assistance, that’s not happening.

Currently, there are around 1,000 labour-hire companies working in the foreign employment sector in Nepal.

Many are reportedly accused of defrauding vulnerable workers, who often end up working in jobs they didn’t sign up for or end up receiving a lesser salary than originally promised.

However, Rohan Gurung, who is the chairperson of Nepal Association of Foreign Employment Agencies, denies this.

He blames alleged corruption by policymakers and lack of proper coordination among the ministries as the reason why workers are suffering. 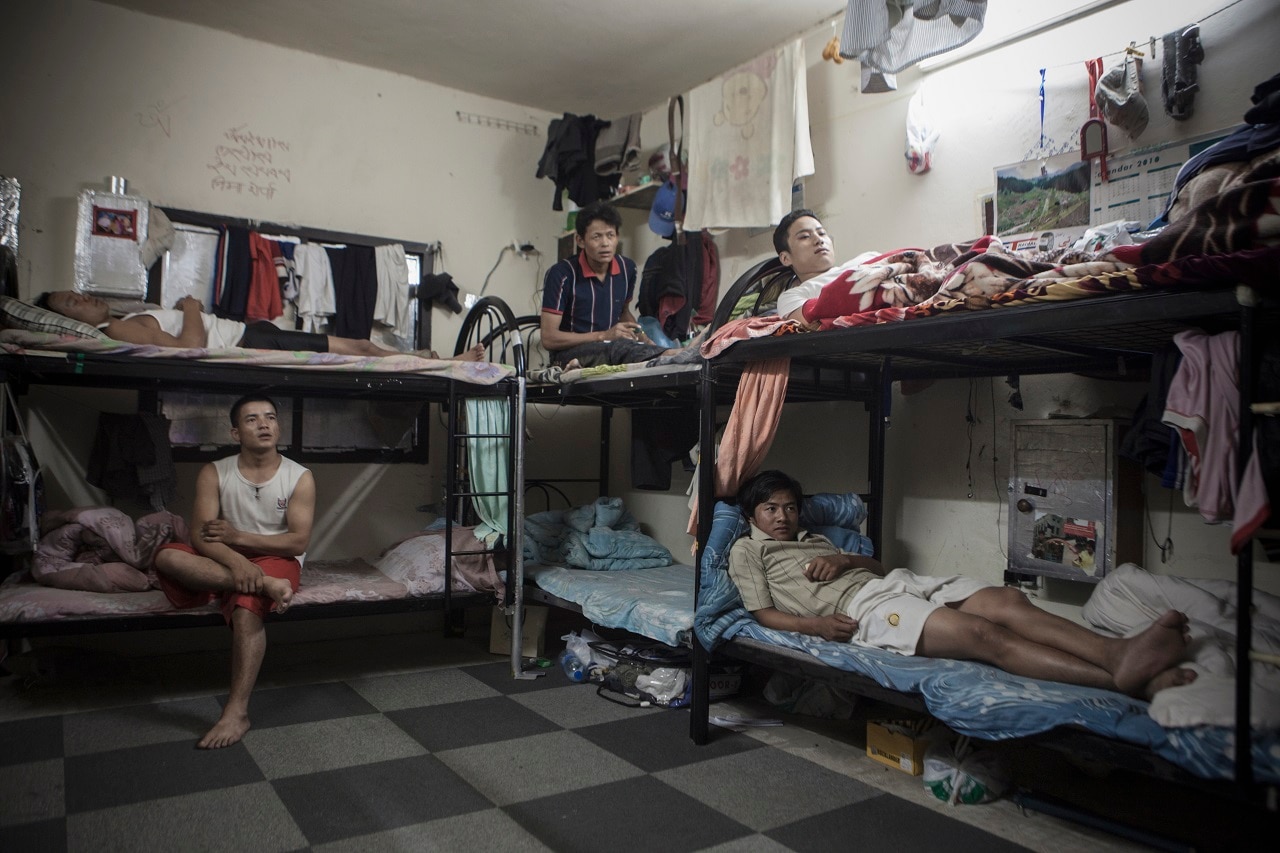 A number of victims could be seen waiting for hours at a free legal service centre in the capital Kathmandu. The centre provides assistance to people who say they have been tricked by agencies and have robbed them of their money.

Kamala Dhimal (not her real name) returned home from Qatar within 15 days because of a health problem. She paid almost $800 (AUD) to local manpower agencies thinking that she would work in either a school or market. However, when she got to Qatar, she claims she was forced to work as a household employee.

"The company used to send us daily to new houses for work. They used to treat me as if I owe them. I used to share the same room provided by the company with other three Nepali women. 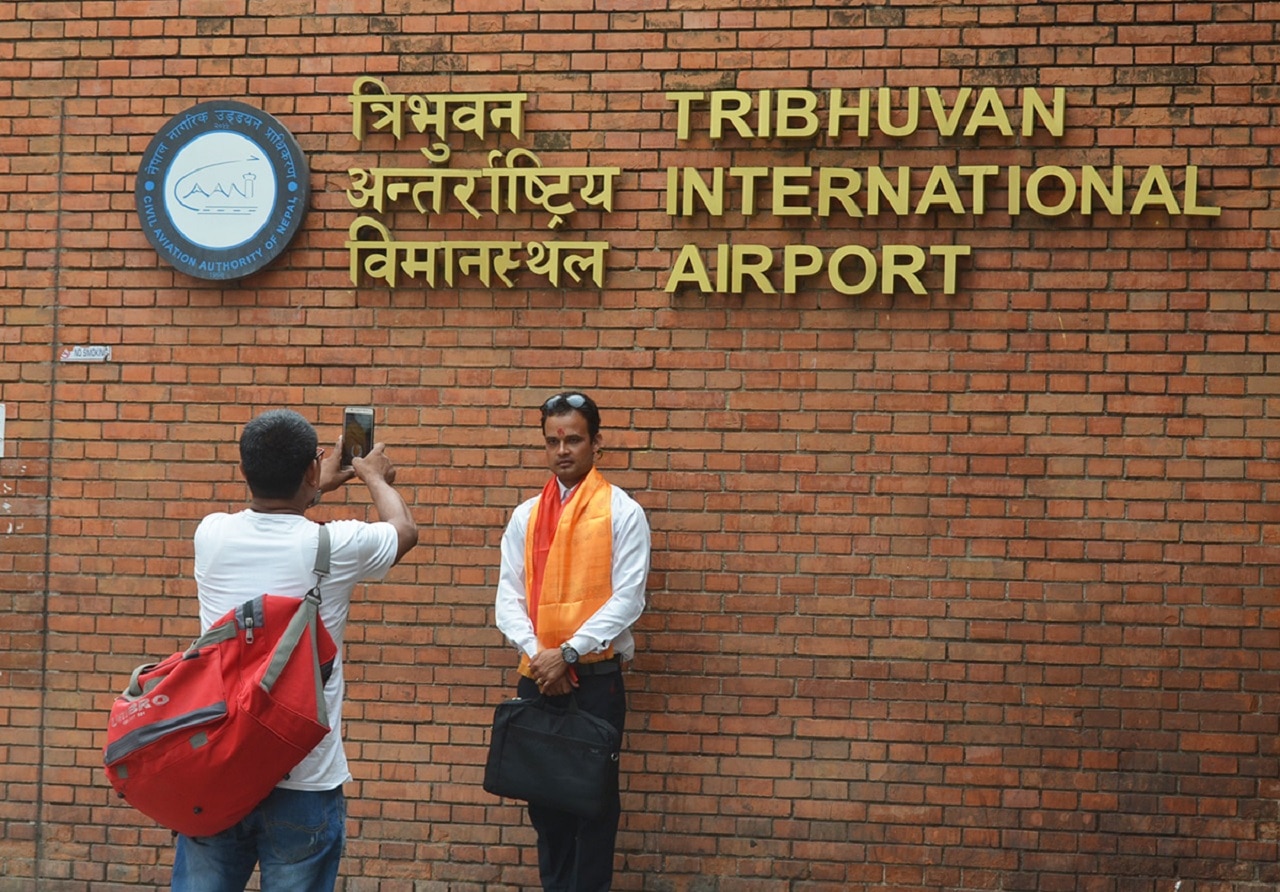 From the salary they received, many say most of it went to pay for their accommodation, utility bills and transportation.

“There was no way for us to save any money, so we asked for financial help and came back home,” says Dhimal.

Six months later, she is still trying to recover the money she lost.

There are many more like Kamala Dhimal who have fallen victim to scrupulous agencies.

Among them are ten Nepali workers who were stranded in the UAE. They claim they have not been paid by a Sharjah-based company for the last two months.

"We went to UAE with a contract of the minimum salary of 1,700 Dirham, equivalent to $630 AUD”, says Ati Raj Uprety, one of the workers.

Now the owner of the manpower agency they signed the labour contract with can’t be reached.

Two years ago, the same company was allegedly responsible for stranding 30 Nepali employees stranded in UAE. They were rescued by the local Nepali embassy and sent back home.

Ram Kumar Thapa, Director of the Nepali Foreign Employment Department sympathises with the reported problems faced by the workers.

“If the issue is not resolved sooner then this will lead to further problems that could impact on remittance as well”, he says. 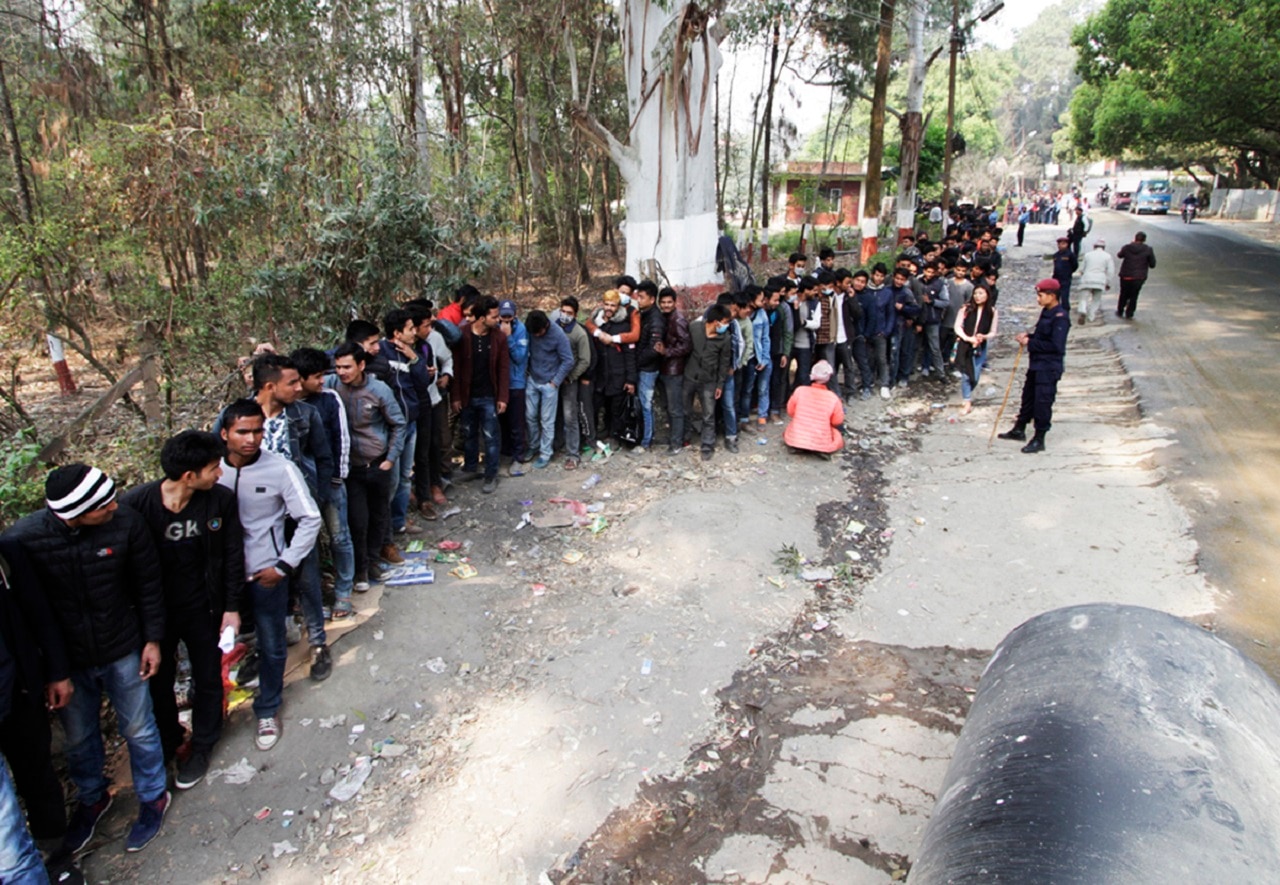 Nepal is second only to Cambodia, amongst 16 countries, with the highest number of workers in South Korea.

It's a popular destination, especially for younger Nepalis, hoping to find employment in agriculture and manufacturing sectors.

However, from 2020 that avenue will be made harder with the introduction of a skills test in addition to language proficiency. 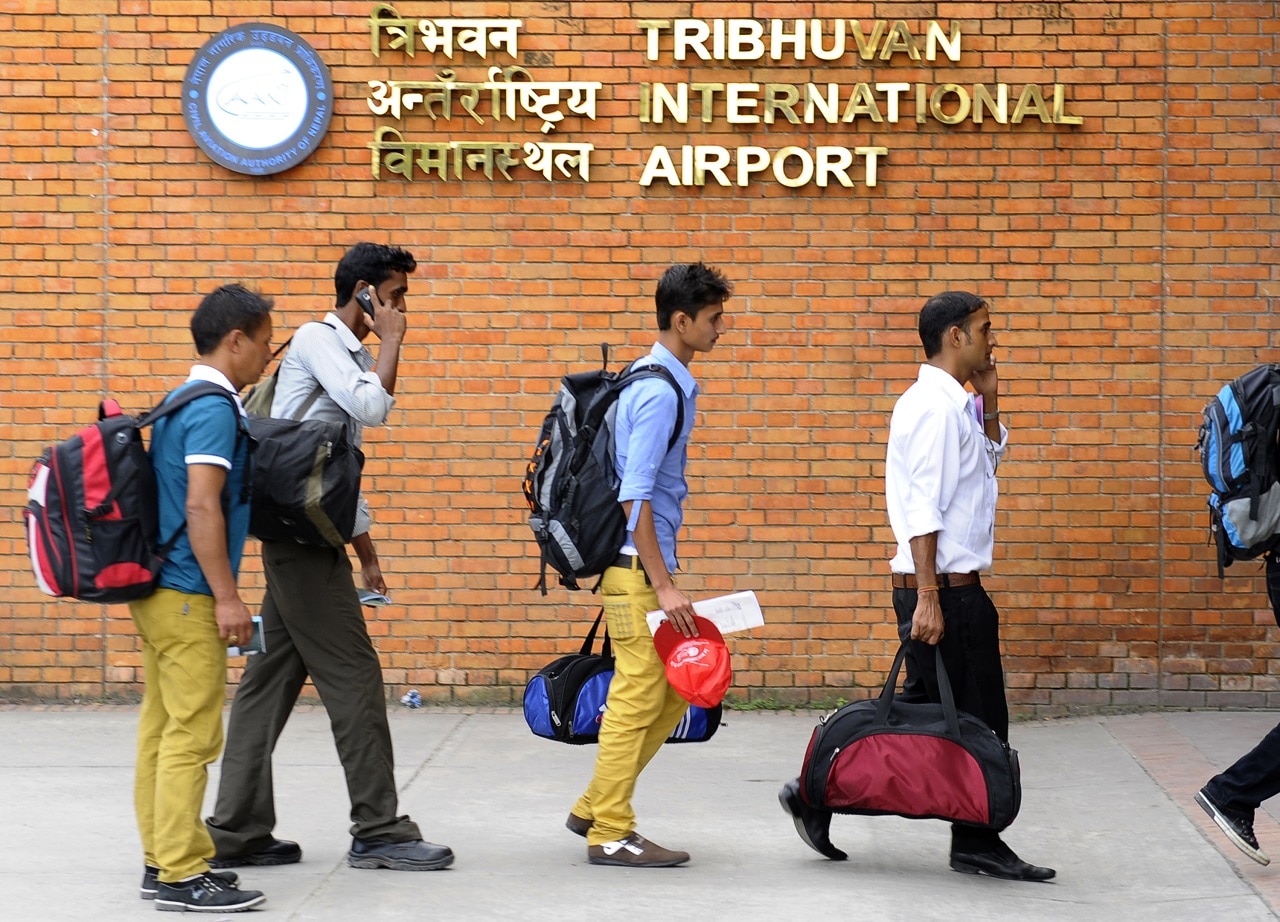