Migrant families in Australia say they are struggling to manage maternity and postnatal periods due to the lack of parental support, as the federal government’s pandemic border policy doesn’t deem their overseas-based parents as 'immediate family members', making entry into the country almost impossible.

For most families, welcoming a newborn is the most exciting and happiest time.

However, for many young migrant families in Australia, the maternity and postnatal periods are filled with obstacles, stress and panic.

Most women, irrespective of their cultural background, long for the best care and support during their pregnancy and maternity period, and although there are many support services available in Australia during these times, Indian migrants in Australia usually rely heavily on their visiting parents.

Australia’s coronavirus travel ban has struck a blow to many young migrant families, as the federal government’s border policy only allows 'immediate family members' of Australian citizens or permanent residents entry back into the country.

Under the policy, overseas-based parents are not considered ‘immediate family members’.

Most Indian families depend heavily on their mothers as carers during the maternity period for healthy living.

It’s believed that the future health of the new mothers depends on the appropriate care and support she receives after delivery.

Ayurvedic treatments, hot baths and bed rest are a few of the postnatal care a new mother receives - and much of this is traditionally administered by the parents.

“We applied for a visiting visa for my parents, but it was rejected. So, we couldn’t bring them here. It is our first baby and so the delivery time was very stressful as we don’t have previous experience of taking care of a baby and how the postnatal care should be,” new mother Pournami Pradeep told SBS Malayalam.

“Although I am a nurse and had a basic idea of it, the real-life experience was different. So we had to depend on friends who advised us on how we have to overcome the situation. It was a very tensed time.”

Ms Pradeep says she was also worried about the postnatal care she was intending to receive from her parents, for this too, she had to rely on her friends amid the travel restrictions. 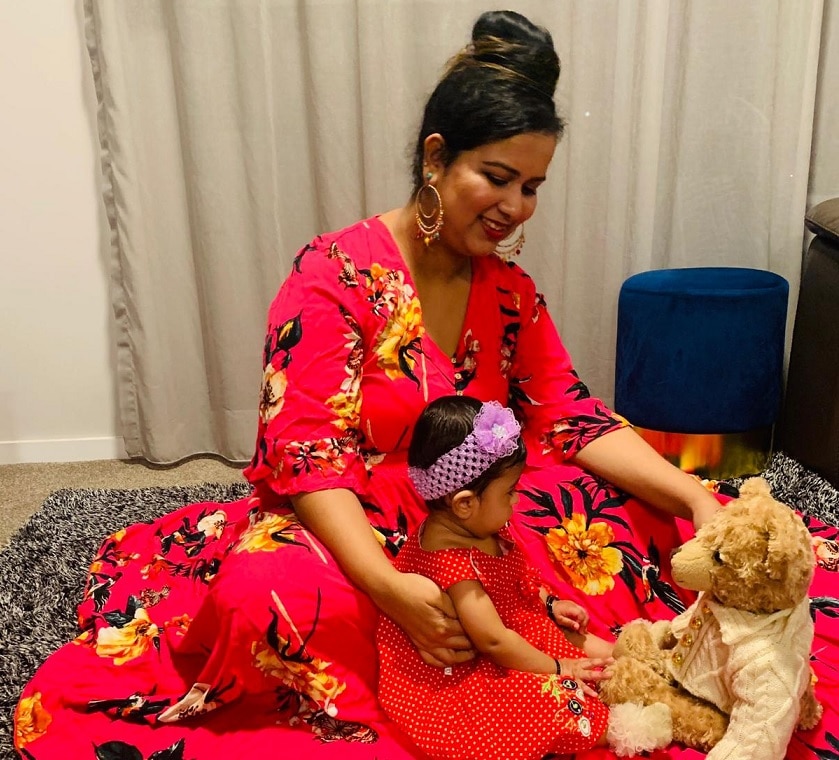 “My friends bought ayurvedic medicines and took good care of me during the postnatal period. It's only with the support of them that we could manage this situation.”

Diana Sonu, who became a mum during the second wave that forced Melbourne into lockdown, was unable to receive support from her friends, after plans to bring her parents were unsuccessful.

“Initially we were able to manage. But after a while, I had some complications, and no one was there to support me. Since Melbourne was in stage four lockdown, none of our friends were able to render their support to us. So, it was a very stressful time,” she said.

“Cooking and household works were very hard. Friends gave us some food before delivery. But after delivery, there was the instruction from the hospital not to invite anyone home and also we were scared to buy food from outside. We had to somehow manage. At that time, I was emotionally down. I couldn’t take rest properly." 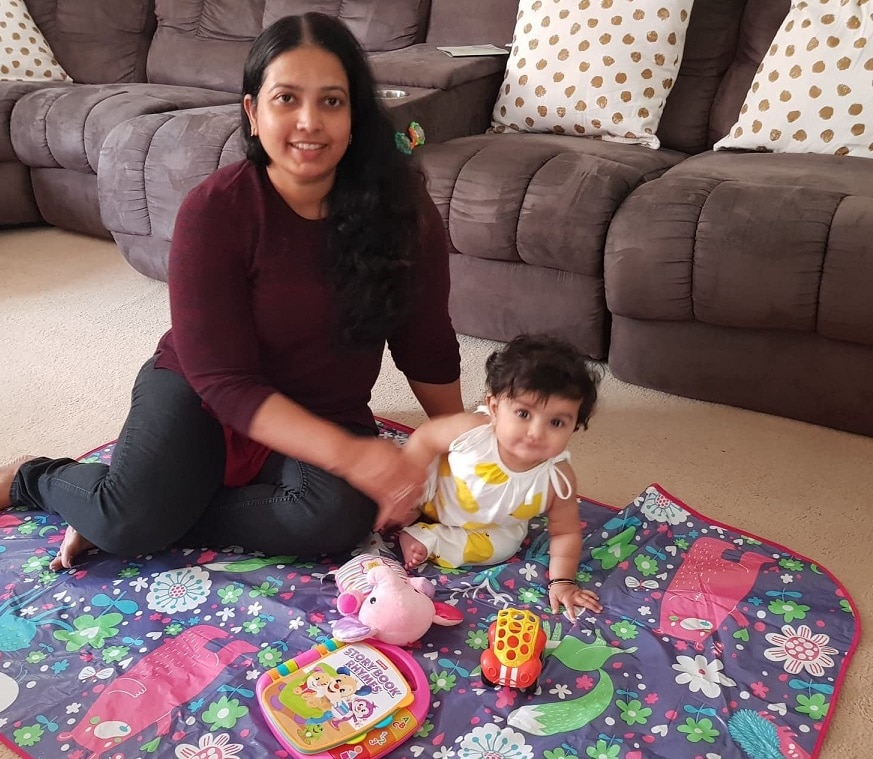 Susan Cherian is another person who became mum at the height of the pandemic in Victoria.

Although she lives in parts of the state, the lockdown significantly affected her too.

She had booked flight tickets for her parents before the pandemic struck but had to cancel them as the situation in Melbourne escalated.

“We expected our parents to be here. Although we took tickets for them, we were forced to cancel them due to travel bans. We needed someone to take care of our elder one too. So we had to seek the help of my brother-in-law in Melbourne,” she said. 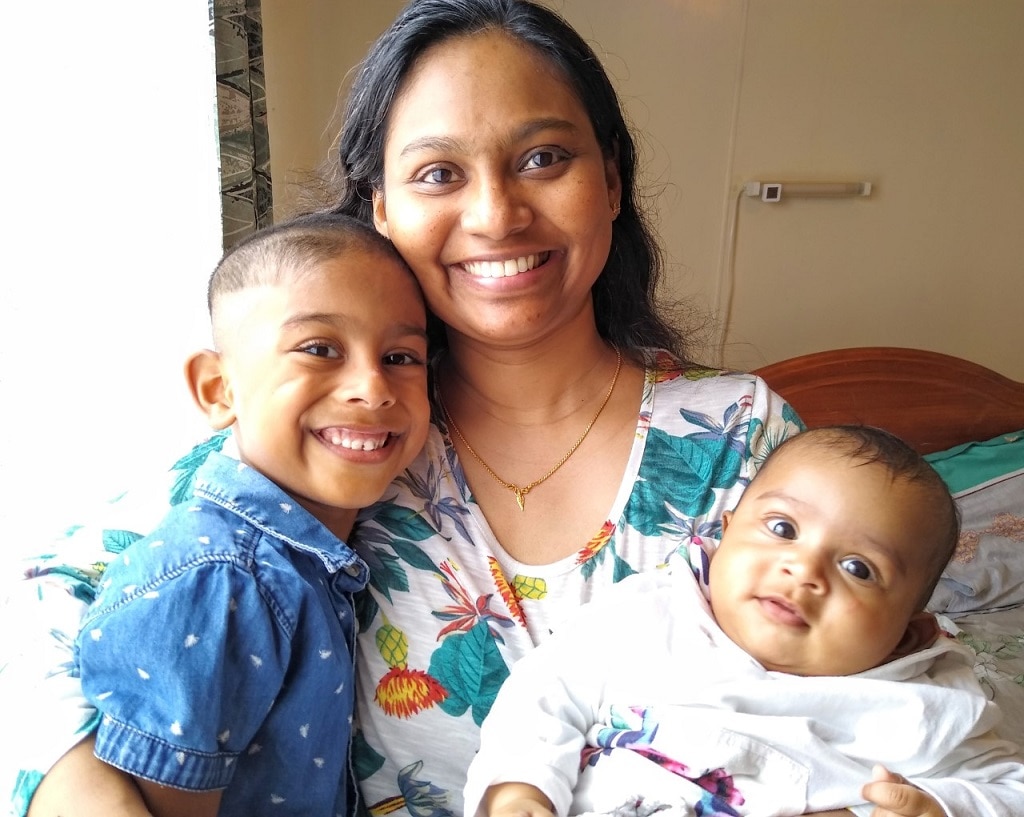 “When the doctor advised emergency delivery as my baby had less growth, my brother-in-law and family who is in Melbourne which was struck by stage four lockdown, had to drive 170 kilometers to support us.

However, after they left, Ms Cherian and her husband had to change shifts and make the proper plans to make things work.

“Sometimes we change our shifts according to maternal and child health appointments. But if we had a runny rose or sneezing, we had to cancel the appointment and thereby change the work shift again. So, this made life harder,” she said.

When many had to pass through a mentally and emotionally stressful postnatal period, there are a lot more who are due to be mums soon.

Marina Maria Mathew is one such person, she’s expecting in May. The extension of the re-opening of the international border was a big blow to her family.

There are also concerns from the new migrant parents on when they will get a chance to show their newly born babies to their grandparents who are thousands of kilometers away.

“It is the first girl child in our family. So, parents are eagerly waiting to see her and carry her. They are missing the times with the baby. Not sure when it all will happen,” Ms Pradeep said.

Like these mums and to-be mums, the majority of the migrant parents are finding it hard to cope up with the most difficult time of their life.

SBS Malayalam contacted Liberal MP Celia Hammond who presented a petition in the federal parliament in November signed by 11,000 people calling for a change to this policy.

Ms Hammond said she is very sympathetic to the situation of the new parents and that she would continue advocating on behalf of all Australians.

“I am deeply concerned about the impact border and travel restrictions are having on the mental health and wellbeing of all Australians. I am very sympathetic to the situation of the new parents – I know how much parental support means in the pre-natal and immediate post-birth time period. “There are still enormous challenges in getting all Australians who want to come home, home – but I will continue to urge for this current position/rule regarding the definition of ‘immediate family’ to be reviewed and changed as soon as possible.

“And, please be assured that I am continuing to advocate on behalf of all Australians and their families,” Ms Hammond told SBS Malayalam.