"Kaur is a very respectable name given by Sikh Gurus to Sikh women. Sikhs will not allow her (Sunny Leone) to use it", says the SGPC.

The newly-released web series, ‘Karenjit Kaur: The Untold Story of Sunny Leone’ has come under from fire from Sikh leaders over the use of surname ‘Kaur’ in its title.

My story can't be put in a CV.. It has to be seen and experienced!!

In an interview with Times of India, SGPC spokesperson Daljit Singh Bedi said, “Kaur is a very respectable name given by Sikh Gurus to Sikh women. A person who didn’t follow the teachings of Sikh Gurus shouldn’t use the word Kaur as this could hurt Sikh religious feelings. Sikhs will not allow her to use it. She should tender a public apology”.

‘Kaur’ is part of Ms Leone’s real name - Karenjit Kaur Vohra, which she had changed before entering the adult-film industry in the early 2000s.

The word ‘Kaur’ which literally means a ‘princess’, was adopted by Sikhs as a mandatory surname for girls after the Sikh baptism ceremony in 1699 and therefore, holds a special significance for the people of the faith.

In a letter addressed to Subhash Chandra, the chairman of the Essel Group which owns Zee 5, DSGMC's general secretary Manjinder Singh Sirsa had cautioned Mr Chandra to change the title or face consequences for hurting the sentiments of the Sikhs.

But neither the protests nor the threats from the Sikh leaders seem to have affected the makers or the Essel Group, the network which holds the broadcast rights to the biopic.

On the contrary, they have come out in Ms Leone’s defence saying she has every right to use her birth name, which "cannot be changed".

Her name is by birth which can’t be changed https://t.co/AmE6mWr5xI

Meanwhile, Harmeet Shah Singh, an editor with the India Today group, says he feels the SGPC’s stand on the issue showcases their hypocrisy towards their own people.

“One of Leone's critics has been Bibi Jagir Kaur herself, a former SGPC chief and a Kaur who had faced serious accusations of honour killing her daughter”, Mr Singh wrote in his blog published on Daily O.

Aligning with his viewpoint, netizens too have been posing the same question - why single-out Ms Leone?

You know who this Bibi Jagir Kaur is: was sentenced to five years RI for kidnapping her adult daughter ( and she was later killed—-*honor killing*) but very very moralistic person to lecture Sunny Leone who merely exercised her free choice. https://t.co/8z9mh82way pic.twitter.com/z5FdqBwV9Z

Nobody objected when Sukhvinder Kaur changed her name to Radhe Maa and Gurmeet Singh became Baba Ram Rahim, for the reasons best known to them. Then why this whole fuss over Sunny Leone using her original name, Karenjit Kaur? What’s in a name? Also, Sunny has done no crime.

The SGPC has reportedly sought legal intervention to pressure the makers to heed to their demand. 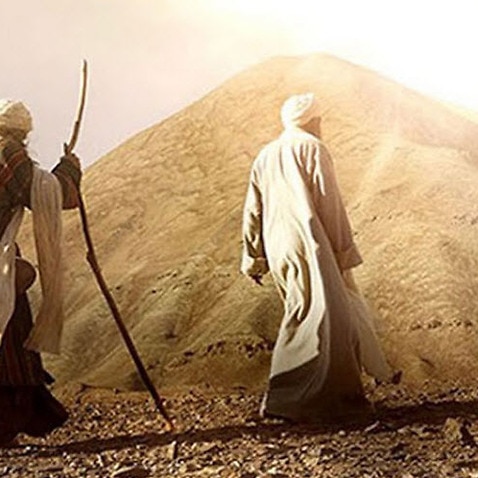 Why did Diljit Dosanjh ask producers not to cast him in ‘Soorma’?