An Australian citizen has been arrested in India in connection with a cryptocurrency scheme that allegedly duped hundreds of Australians and Indians of millions of dollars. The currency lost all its value after it came to light that it was a fake.

A Sydney resident has been arrested in India in connection with a cryptocurrency scheme that is claimed to have duped hundreds of Indian-Australians of millions of dollars.

Harpreet Singh Sahni promoted the Plus Gold Union Coin as a “secure” and “hybrid” crypto coin to his connection in Sydney and Melbourne, promising high returns until the currency went bust at the end of last year.

While hundreds of investors in Australia and India lost millions of dollars and accused Mr Sahni and other promoters of deliberately promoting a fake cryptocurrency for profit, a special task force was entrusted with the case in the central Indian state of Madhya Pradesh where it emerged that the PGUC was started.

The Indian police on Tuesday said Mr Sahni was the fourth person to be arrested in connection with PGUC case. The head of the special task force alleged that Mr Sahni was one of the founders of PGUC. He was arrested from a hotel in New Delhi on Friday.

Deepika Shinde, a member of the special team investigating this case alleged that Mr Sahni knew he was promoting a fake cryptocurrency.

"He was working with the people who started this scheme and knew as far back as December 2017 that PGUC was a fake currency. But he kept promoting it and received a part in the profit," Ms Shinde told SBS Punjabi.

She said the Australian High Commission has been informed about Mr Sahni's arrest.

Over sixty investors in Australia complained to the Australian Securities and Investments Commission, the AFP and the prime ministers’ offices in India and Australia to investigate, what they call a “fraud”. Rajiv Sharma, a Sydney resident who lost over $50,000 in the scheme – is a complainant in the case against Mr Sahni in India. He was present when the Indian police informed journalists about Mr Sahni’s arrest.

Mr Sharma told SBS Punjabi that the scheme was promoted to people in Sydney and Melbourne as a peer-to-peer investment run by a European company with a background in precious metals.

“Everything looked genuine… a nice website with our personal dashboard and presentations by the promoters that were slick and statistical graphs indicating projected growth,” says Rajiv Sharma who claims to have invested $52,000 in the scheme”.

“We later found out that the presentations were plagiarised from another crypto,” Mr Sharma told SBS Punjabi. ‘It was for my wife’s treatment’: Indian student loses $30,000 in investment scheme

STF chief, Purshottam Sharma told reporters that the PGUC website and exchange were operating out of Jabalpur and were created by a Bangalore-based IT company.

A local court has given the investigators five days to question Mr Sahni in custody. Under Indian law, the police has 90 days after the arrest to present the chargesheet in the court.

Investors who are running from pillar to post to recover their hard-earned money say they were given incentives to get their friends and acquaintances to sign up. Pranad Ranadibe who invested $11,000 in the scheme, said he was asked to pay cash.

“I was initially reluctant to invest but when I finally agreed, I was told to pay $7,400 in cash as the processing would be faster. The second time when I invested bought more coins and I paid $3,700, again cash,” Mr Ranadibe told SBS Punjabi.

Rajiv Sharma told SBS Punjabi that he invested a total of $52,000 between May 2017 and March 2018. He said he was asked to pay in cash for a large part of his investment.

“I didn’t think much of it because, at that time, we hadn’t even imagined that our investment in the coins was going to come to a naught,” he said. 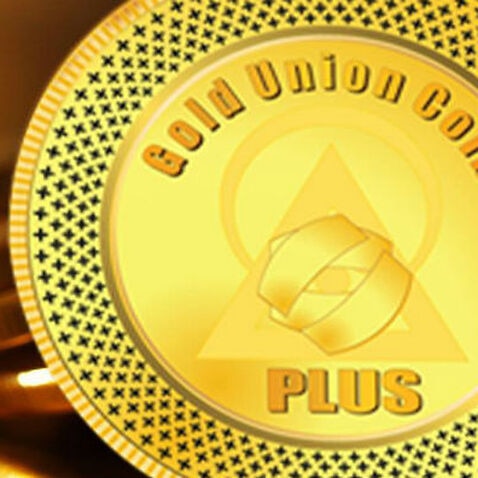 The Sydney bus driver said he had even delivered cash to his promoter’s house “in the middle of the night” after finishing his shift.

“Once I made a bank transfer but had to cancel it because the promoter said he would accept only cash. I had to go to his house at 1:30 am and pay him the money,” Mr Sharma told SBS Punjabi.

An Indian international student who desperately needed money for his wife’s heart treatment said he was promised “very high returns” that would help him pay off the hospital bill.

Bhavesh Patel said he got his parents to mortgage their agricultural land in India to raise $30,000.

“My parents sent the money to pay the hospital bill. They don’t know that I invested it in this scheme.

He was introduced to PGUC by a man who he met at a spiritual congregation in Sydney.

“They even came to meet my wife at the hospital and said ‘Bhavesh bhai, your money will be doubled in three months and you can easily pay the hospital bill’,” he said.

But Mr Patel didn’t receive even a single cent in return. He said when he wanted out at the expiry of maturity term of three months, the promoters kept coming up with excuses. Then the value of the coin plummeted.

“They knew why I needed the money and they still did this to me,” Mr Patel told SBS Punjabi.

He is now suing some of the promoters in a Sydney court.