Liaqat Khan survived several near-death experiences as an interpreter for the Australian Defence Force in Afghanistan. Now, he hopes to inspire other migrants in his community by running as an election candidate for his Melbourne council.

Liaqat Khan was only 18 when he decided to take a job as an interpreter for the Australian Defence Force in Afghanistan.

During his first year on the battlefield, he narrowly escaped death when the Australian convoy he was travelling with came under attack.

“In 2009 when I was travelling with Australian forces in their Bushmaster military vehicle, our car was hit by a landmine," he told SBS Pashto.

"We survived, a few times we came under Taliban ambush, luckily we survived.” While on patrol with Australian forces, Afghan interpreters are not allowed to carry weapons.

Before starting in his job, Khan said he was briefed about the risks.

“I signed the contract and agreed to the terms.”

In 2020, more than a decade on from that attack and six years after he was brought to Australia under the LEE (Locally Engaged Employees) program, he has set his sights on again serving the country he has grown to love.

Khan said he has always had an interest in politics, and now living under Australia's democracy, he has found a way to fulfill his dream by running during Victoria’s local election, as a candidate for Greater Dandenong Council in Melbourne’s southeast. 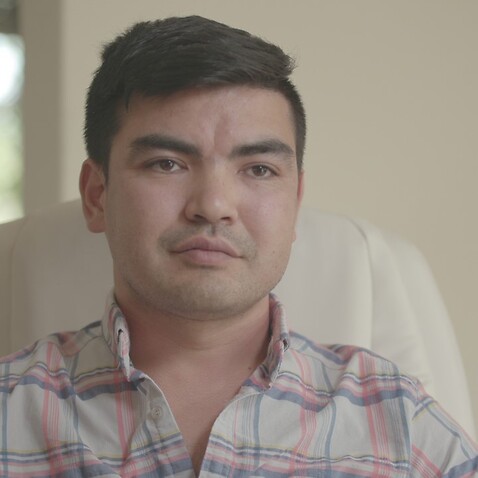 In the council's Dandenong Ward, Khan will be up against current Mayor Jim Memeti, Hazara-Australian Naser Fekrat and Geraldine Gonsalvez, a long-time resident and former councillor.

Khan said he raised his hand in hopes to “pave the way” for other migrants in his community to consider a similar path.

“Even when Afghans and people from other communities become Australian citizens, they still call themselves migrants.

“When I stand up in the democratic system, it paves the way for other youth to stand up and join politics and be part of the decision making.”

Khan said he doesn't expect to face any challenges from his community if elected, "because I live in a multicultural society and there is a strong sense of cohesion". ‘The risk was high’

The war in Afghanistan is one of the longest conflicts that many countries, including Australia, has ever fought.

Since the US invaded Afghanistan in 2001, more than 100,000 lives, including 43 Australians, have lost their lives.

Many young Afghans like Khan extended their hand to support Australian forces on the battlefield, at great personal risk.

He said it was his "moral obligation" to serve his country during a difficult period, which enabled the smooth operation of Australia’s development programs in the country.

Locally engaged employees of foreign militaries and foreign NGOs are often targeted by militant groups such as the Taliban and Khan said he has lost a number of former colleagues.

“I have lost few colleagues in Taliban attacks, and even after they finished their work for Australian forces, one interpreter and his family were killed by the Taliban in Kunduz province and one in Ghazni province.“ Afghan national Liaqat Khan worked with the Australian Defence Force as an interpreter from 2009 to 2014.
Supplied

He says there is a misconception among Afghans that they were only engaged with foreign forces to provide interpreting services, but he affirms his role went beyond that.

“People might think that the interpreters only provided language services, but that’s not true, we have helped the Afghan government, security forces, and also local people. We have built roads, schools and have delivered books. We have helped Afghans in all aspects of their lives.”

“I had a good relationship with Australian defence forces. We would always sit to drink tea and coffee.

“While going out on missions, the risk was high, and we had no weapons, when we were patrolling outside the armed forces would put us in the middle to protect us from any attack.”

Over the past decade, the Australian government has provided sanctuary to more than a thousand Afghan former Australian Defence Force employees and their families.

Election unlike any other

More than 2100 Victorians have nominated for the local election, but for the first time, voting will be done by post due to the pandemic.

Fellow Dandenong ward candidate Naser Fekrat is a Hazara Australian who has been living in the city with his family for the past five years. He said he “strongly supports” multiculturalism in the council.

“I will work towards Dandenong becoming more intercultural celebrating the connections between our cultures.

“I strongly support the multiculturalism of Dandenong with people representing more than 157 birth countries and 210 faiths and cultures.”

Geraldine Gonsalvez served as a Dandenong councillor from 2000 to 2003, and she’s promising to tackle unemployment if elected again.

“Unemployment is higher than the state. It is important to feel we belong and have equal opportunities to work, do business, educate, upskill and train,” she said. Jim Memeti has served multiple terms as the mayor of Greater Dandenong and has been a councillor since 2005.

If reelected in the ward, he said he would work to deliver the local government area's new aquatic centre and community hub. Voting is compulsory and closes on Friday, October 23.