The UK government has accommodated the religious requirement of Sikhs to wear kirpans - or small daggers - by making an exemption in the new Offensive Weapons Bill 2018, currently waiting for approval in the country's Parliament.

The UK government has assured that an amendment to a new Weapons Bill currently awaiting approval in the country’s Parliament will not impact the Sikh community’s right to possess, wear or supply kirpans ( small religious daggers worn by baptised Sikhs).

The Offensive Weapons Bill 2018 once approved will create a range of new criminal offences relating to firearms, knives and acids including a ban on the possession of corrosive substances in a public place and their sale to minors amid mounting concerns about a spate of violent crimes.

“We have engaged closely with the Sikh community on the issue of kirpans. As a result, we have amended the Bill to ensure that the possession and supply of large kirpans for religious reasons can continue,” PTI quoted a UK Home Office spokesperson as saying.

Earlier the All Party Parliament Group (APPG) for the British Sikh community had approached the UK Home Office to ensure that Sikhs remained exempt from the Bill - which has now been sent to the House of Lords for further approval.

“I am pleased to see the government amendment and look forward to seeing an accompanying set of documentation, which reflects the importance of not criminalizing the Sikh community for the sale or possession of large kirpans,” said APPG chairman and the first female Sikh MP of the House of Commons, Preet Kaur Gill.

I was pleased to speak in the #OWB at third reading this week. I had proposed an amendment to the bill to protect the status quo for the Sikh Kirpan. pic.twitter.com/fzqKZ8VtHi

The Sikh kirpan, a ceremonial sword that is generally 8-10 centimetres long, is a mandatory article of faith worn by all initiated Sikhs and is part of the 'five Ks' uniform that all baptized Sikhs adhere to.

The five Sikh articles of faith

All initiated followers of the Sikh fair carry these five articles of faith:

The five 'kakar' all begin with the letter 'k,' hence the name:

The practice was introduced by the tenth Sikh master Guru Gobind Singh in 1699 when he founded the 'Khalsa' which means pure. It was a special group of Sikh warriors to fight against persecution by the Mughal rulers at the time.

In the Australian state of Victoria too, it’s legal for the followers of the Sikh faith to carry religious kirpans. The religious requirement of Sikhs has been accommodated by making an exemption in the Control of Weapons Act in Victoria. 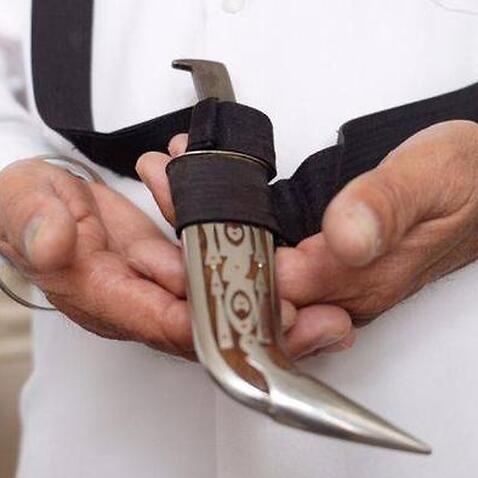 Sikhs get permission to wear kirpans on flights in Canada