With more than half a million international students estimated to be enrolled in Australian universities by the end of January 2020, calls for federal assistance and support amidst the Covid-19 pandemic are gaining momentum. Some universities are now stepping up measures to help their students.

Gaurab Gurung, who came to Australia from Nepal to pursue higher education, is one of those leading the charge calling on the Federal Government to recognise the crisis that the coronavirus pandemic has wreaked upon more than half a million international students.

“Our demands are not that big,” he says.

“The government has announced billions of dollars worth of relief packages but there is nothing for international students or temporary residents.”

Its Education Officer Domi Dana Johnson says international students are amongst the highest contributors to Australia's economy and as such, their contributions should be used in providing support to them.

She also says the education cost should be lowered as the courses have moved to an online model.

The organisation also has urged the stakeholders to strongly consider welfare packages for international students stating the "unprecedented circumstances" are causing a lot of distress.

On Monday, as Prime Minister Scott Morrison and the Treasurer Josh Frydenberg announced a $130 billion economic package, there was no mention of taxpaying temporary residents who make up a sizeable portion of the Australian workforce.

Our $130 billion JobKeeper plan will help keep Australians in jobs, providing around 6 million workers with a wage subsidy of $1500 a fortnight through their employer. It's open to businesses that receive a significant financial hit due to #coronavirus ▶️ https://t.co/3AWILtsUg8

An exception was made for New Zealanders on 444 visas.

According to ACTU President Michele O’Neil, there are 1.7 million workers on short-term visas, who can no longer leave the country. Retail stores are increasingly shutting down amidst the Covid-19 crisis.
Abhas Parajuli

Gaurab Gurung says for temporary residents like himself who have worked and paid taxes like others, they should be lent a temporary hand by the government to ease the crisis of job losses.

“It could be a small amount of financial help at the universities or it could be tweaking of some social policies by the government,” says Gurung.

“Things like rent, utilities - we are not saying we can’t pay - we'll pay the money owed but maybe they could help with the deferment of payment.”

Gaurab Gurung is also positive that universities will look beyond the current crisis and help the international students who plough billions of dollars into the Australian economy every year. 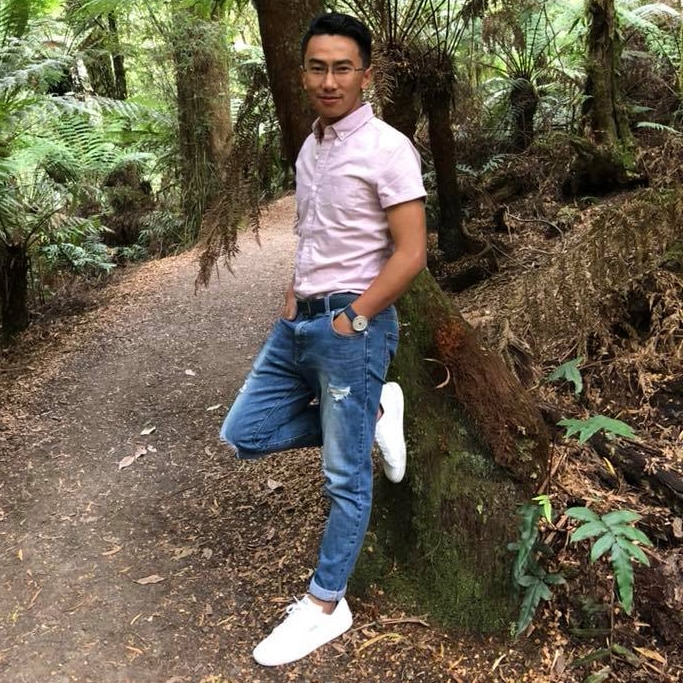 However, universities themselves are also starting to lead the charge in providing the international student cohort with the support they need.

Federation University - where Gurung is a student - sent an email last week to all international students indicating some help is on its way.

“The University will introduce new Financial Support Schemes for International Students in the coming days - you will be sent information about this as soon as this is confirmed,” it reads. 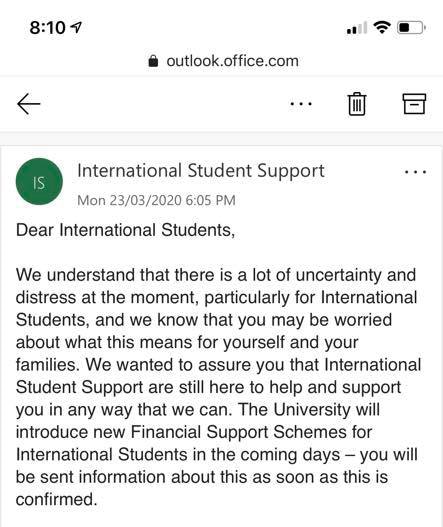 Screenshot of an email sent to students by Federation Uni
Supplied

La Trobe University, one of the popular Melbourne based universities with international students from South Asia has confirmed to SBS Nepali that it has launched a Financial Assistance Package for all students experiencing financial hardship.

Apart from providing a technology bursary to students without computer or internet access at their homes, it is also providing one-off $3,000 (AUD) Crisis Support Scholarship to any student experiencing a significant financial crisis and housing insecurity.

La Trobe says it also has an emergency relief fund which will provide funds to students to pay for essentials such as food.

“We have extended the census date to 15 April so students who wish to defer have the opportunity to do so. We will refund those fees rather than hold them as credit,” a spokeswoman from the university told SBS Nepali.

Melbourne based Monash University also confirmed it has similar relief measures for students who want to defer their studies including reduction of its Student Services Amenities Fees (SSAF). 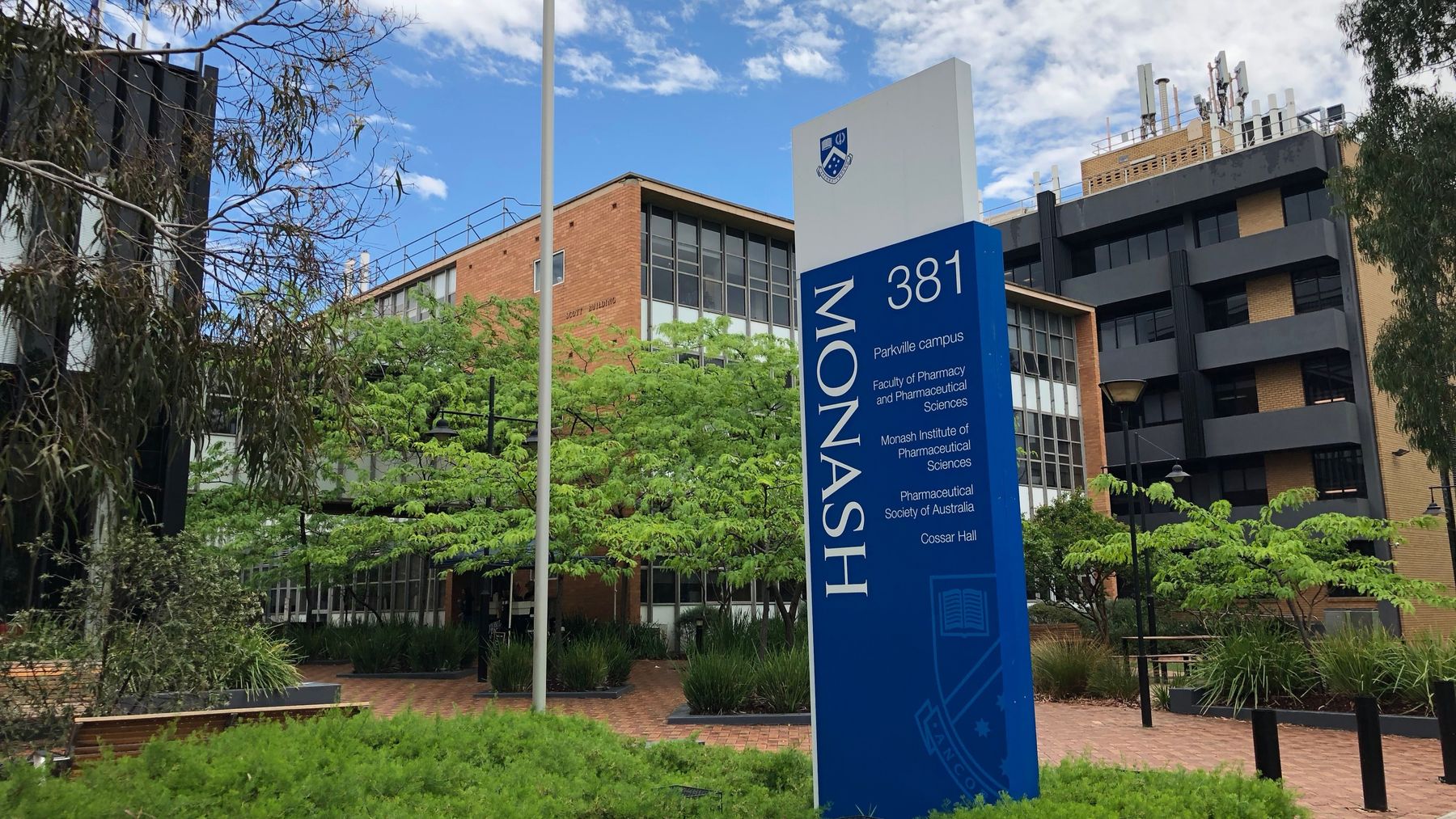 But the university is also encouraging students to take advantage of its online educational offerings whilst announcing an "A$5,000 compassionate and hardship support package to students who have been directly affected by COVID-19 associated travel bans (subject to eligibility criteria)."

A spokesperson for the university said giving students the ability to continue to progress their studies online means they can graduate when they had first intended.

"The skills, soft and technical, learnt from online will be just as valuable to the workforce and employers as an on-campus experience.”

Other universities such as Victoria University and Deakin Universities have indicated that they will provide support to students on a case by case basis while the University of South Australia also has announced a $10 million Student Hardship Fund aiming to support the "most vulnerable" students.

UniSA’s new $10m student hardship fund is open for applications from all students currently enrolled in onshore study at the University and will provide financial assistance to those facing significant hardships to support their studies and academic success.

Writing to the students, Vice-Chancellor Barney Glover has said he's heard many students telling him about the financial hardships they are facing.

"In response to your call for support, I will introduce a 10% fee reduction for onshore international students studying a coursework degree," he wrote.

Catriona Jackson, Chief Executive of the peak body representing Universities in Australia - Universities Australia (UA), says UA will continue to pursue the issue of support for international students with the Government.

“Universities have a duty of care to all students, whether from Australia or overseas,” Ms Jackson told SBS Nepali in a statement.

Catriona Jackson says while she welcomes the increased welfare payments for the local students, her organisation wants the government to provide the necessary assistance to international students. Gaurab Gurung says many students feel they have been shortchanged - he says while some institutions are looking forward - beyond the current crisis and going over and beyond, some others including the government are not doing enough.

“Host countries should be supporting the international students in an unprecedented crisis like this - not just leave them without any tangible support,” Gurung argues.