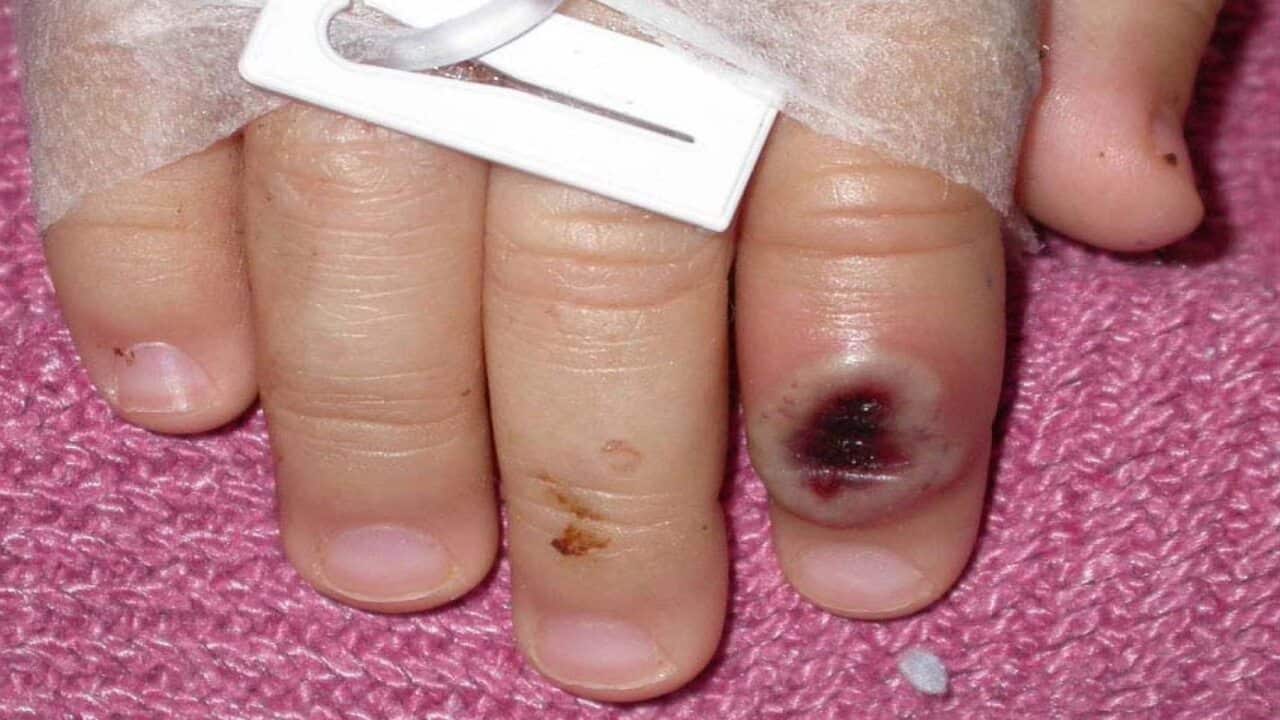 Australia has recorded its first official case of monkeypox in Victoria, with another suspected infection identified in New South Wales.

Published 26 May 2022 at 3:35pm
By Phillippa Carisbrooke
Presented by Claudette Centeno-Calixto
Source: SBS
The rare viral infection mainly occurs in Central and Western Africa. But a number of European countries, along with the United States and Canada, are currently dealing with outbreaks.

A man in his thirties has been diagnosed with monkeypox after returning to Australia from the United Kingdom. He developed mild symptoms before arriving in Melbourne on May 16 and sought medical attention almost immediately.

A possible case has also been detected in New South Wales. The man in his forties recently returned from Europe. He developed a mild illness and a G-P assessed his symptoms to be similar to monkeypox.

"You can get those enlarged lymph nodes, headaches, feeling tired and lethargic. And then it can be followed by a rash one to three days longer. The rash is flat, then develops blisters and then puss and then scabs," says Dr. Kerry Chant.

Cases of monkeypox have recently been confirmed in the United Kingdom, Spain, Portugal, Italy, Belgium, Sweden, the United States, and Canada.

A large proportion of the cases are among gay or bisexual men. New South Wales Chief Health Officer Doctor Kerry Chant has urged men who have sex with men to monitor for any unusual rashes or lesions.

"And to contact by phone, the sexual health clinic or GP, without delay if they have any concerns. It is important to be particularly vigilant if you've returned from overseas from large parties or sex on premises that they use overseas."

Healthy Pinoy is SBS Filipino's weekly segment on health. The content provided is for informational purposes only and does not intend to substitute professional medical advice, diagnosis, or treatment. Consult your GP or doctor for support.

Victoria opens its Migration Program but do you know the application process?