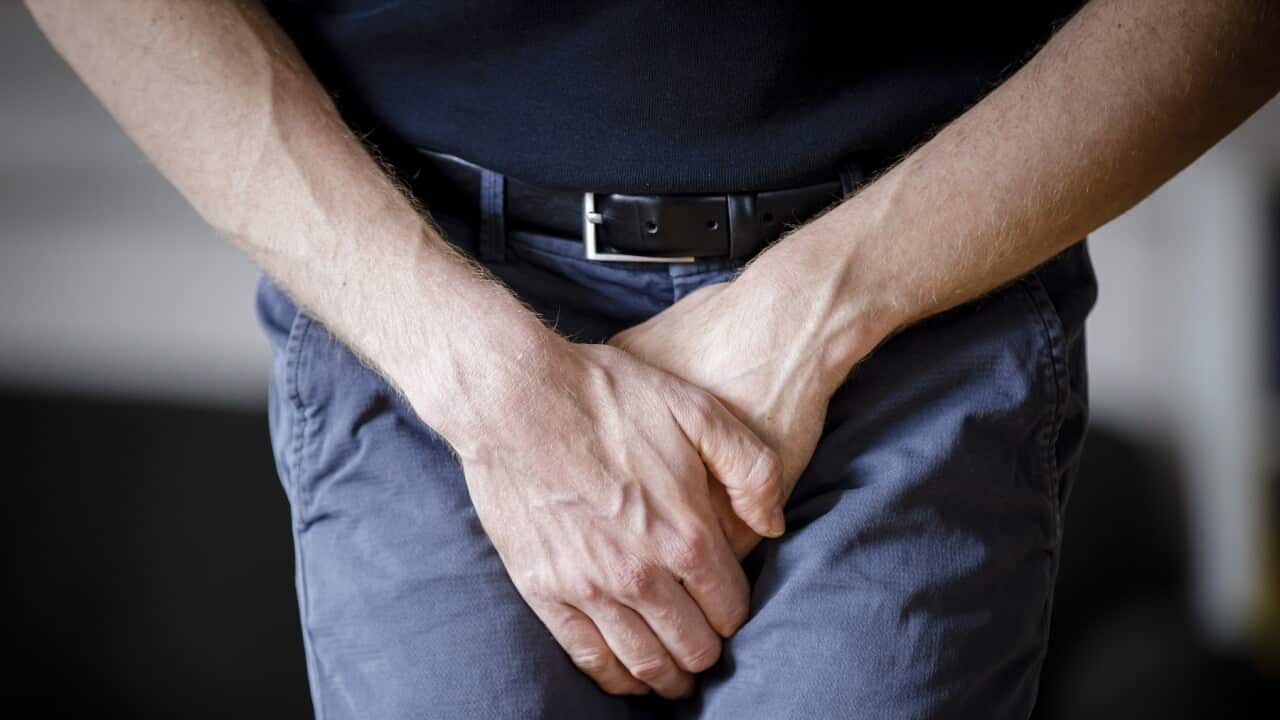 Over five million Australians are affected by incontinence. This has prompted the Continence Foundation of Australia to launch a campaign raising awareness about what men can do to treat bladder and bowel problems.

Published 29 June 2022 at 11:05am
By Peggy Giakoumelos
Presented by Shiela Joy Labrador-Cubero
Source: SBS
Listen to the audio

Over five million Australians are affected by incontinence. This has prompted the Continence Foundation of Australia to launch a campaign raising awareness about what men can do to treat bladder and bowel problems.

Good pelvic health is essential for everyone but it's an area that experts say is being neglected by men - due to a lack of knowledge and embarrassment about the issue.

Advertisement
The Continence Foundation of Australia says many men are not aware of the importance of good pelvic floor muscle control, how to do pelvic floor exercises, and when and where to get help when problems emerge.

The Foundation says it's not just older men, with their most recent data showing that out of the 1.36 million Australian men who have reported continence issues - more than a third are under the age of 50.

The three main problems are post-micturition incontinence which means leakage after going to the toilet, weak male pelvic floor strength, and prostate problems.

Dr Ashani Couchman is a urological surgeon based in Adelaide who operates on men requiring prostate surgery either due to cancer as well as for other urological issues.

"The most common thing we see is men with prostate cells getting bigger. And so they can end up with the reduced flow and increased frequency of urination, difficulty in getting to the toilet in time, and then ending up leaking.

Then there were the men with a history of prostate cancer with variable treatment for it, who then ended up leaking because they were unable to hold back the water because the sphincter or the tap that keeps them dry, is no longer competent.

Then, of course, there's the group of men who have other neurological issues or injuries. So it could be a spinal cord injury could be Parkinson's, could be MS which then results in a combination of both of those things, which is then compounded by the lack of mobility and access to a toilet."

Shan Morrison, is a nationally recognised pelvic floor physiotherapist based in Melbourne and the Director of the practice of Women’s & Men’s Health Physiotherapy.

Dr Couchman says for those who don't require surgical intervention but are experiencing a deterioration in bladder or bowel function, a treatment plan could involve the following aspects.

"If you don't have any other medical conditions that are contributing, and you've noticed there's a deterioration in the bladder function, then often you can either look at what you're drinking, controlling what irritants you're drinking, things like caffeinated beverages.

Ensuring your diet, your exercise, and your weight are well controlled, your sugar levels are well controlled. You could seek out your local physiotherapist who might be talking about things like bladder retraining, which is where you are able to hold your bladder a little bit longer when you're urgent.

And also your GP is a great place to go, to begin with because they can examine your prostate and say, Look, does this look a little bit big? Do we want to talk about medication? Can we help you empty your bladder better? That means you're not rushing to the toilet and not leaking on the way."

Disclaimer: The content provided is for informational purposes only and does not intend to substitute professional medical advice, diagnosis, or treatment. Consult your GP or doctor for support.