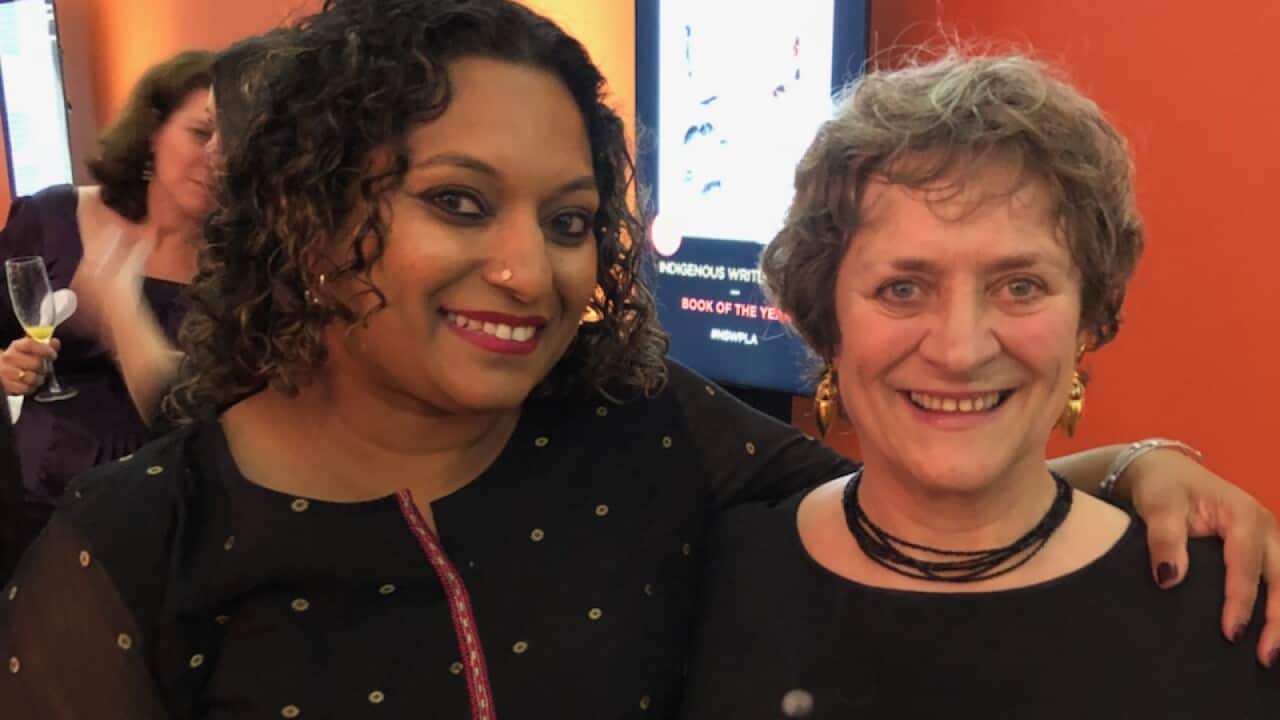 Roanna Gonsalves' debut book, 'The Permanent Resident', has been named the winner of the
Multicultural NSW Award
at a ceremony at the State Library of NSW on Monday.

The Multicultural award, worth $20,000, honours a work that considers any aspect of the Australian migration experience, and/or aspects of cultural diversity and multiculturalism in Australian society.

“I am absolutely thrilled and honoured to have won the multicultural award. It was a very strong shortlist and I feel I got lucky. I was over the moon when I heard my name,” Roanna told SBS Hindi.

'The Permanent Resident' is a collection of 16 stories from the Indian Australian community, describing the experiences of older settlers, new arrivals, impoverished students, young couples out of their social support systems, domestic violence perpetrators as well as victims.

The judges described Gonsalves’ stories as “a brilliant, entertaining and moving exploration of migrant life that, despite focusing on one migrant community, manages to tell universal truths”.

She is currently working on her next book which she says is a historical fiction.

“I am currently writing on former New South Wales Governor Lachlan Macquarie and his relationship with his Indian servant George Jarvis, who was brought to Australia as a young boy in the early 19th century from India.

“It is a story which has not yet been told and this award gives me the encouragement to write more,” she said.

Gonsalves came to Australia as an international student in 1998. Her creative work, as well as peer-reviewed scholarly work, has been published and performed across various media in India and Australia.