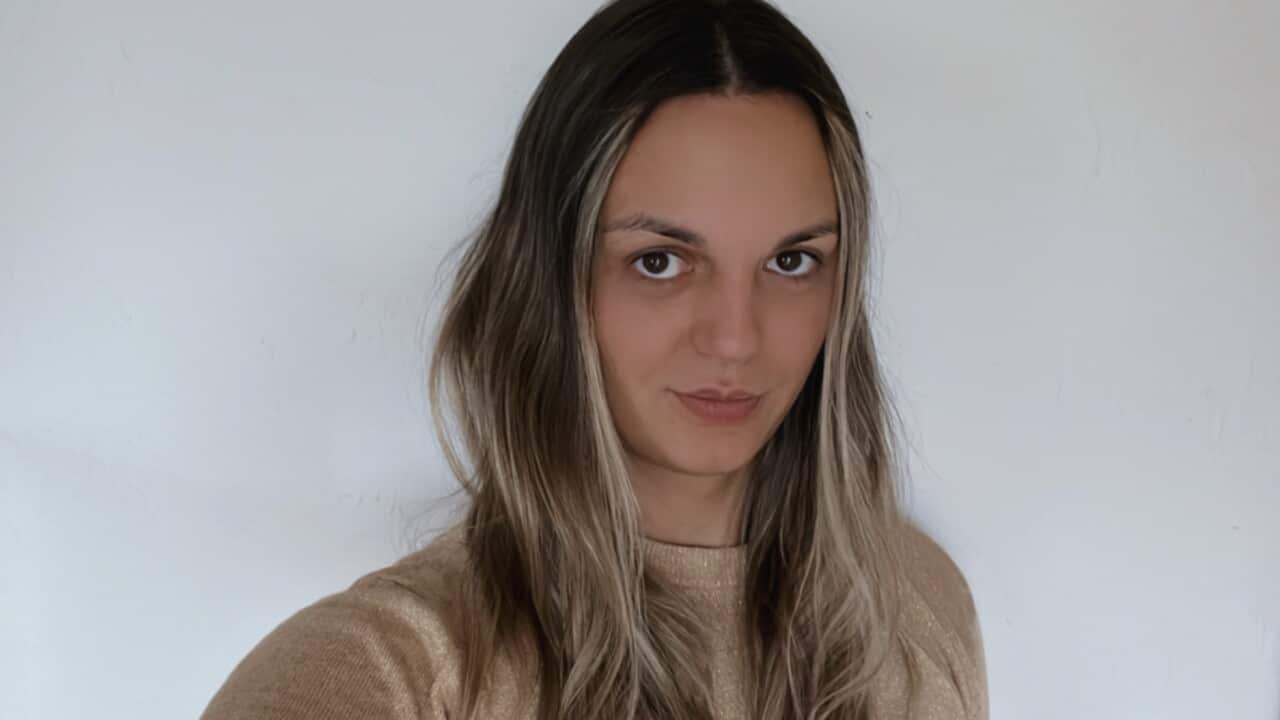 In this first episode of the podcast Transitioning in Translation, meet Brazilian Wendlle who begun her gender transition almost four years ago while living in Australia.

Published 31 March 2022 at 9:45am
Source: SBS
Gender transition can be a difficult road to navigate, but imagine starting the journey in a new country where you don't know the health system and may not speak the language fluently. Even if you do, you still have to translate your feelings to your family and friends.

That's the case for 32 year old Brazilian Wendlle, who begun her gender transition almost four years ago while living in Australia.

"My family does not know about my transition fully yet. They have been seeing me in videos, like how I look right now, but we haven’t had that conversation yet."

I asked my sister to show them some videos about transgender people, non-binary people just to get started but I think this interview with SBS might be a first step for us to have this conversation in the future.

While growing up in Sao Paulo, Wendlle always felt different to other children.

“Since I was a kid I felt that there was something different with me, that I didn't fit in the gender I was assigned at birth. That at some point in my life I would be transitioning to something else."

"I don't think I fit in the binarity that society tries to put people in, so I don't think I am either a male or female. I think I'm something in between, even though the female version of myself is the one I feel more comfortable with.”

When someone inhabits multiple marginalities, such as being a migrant or being culturally diverse - in addition to being trans and gender diverse - they can experience the stigmas, discriminations and barriers of both of those factors or identities at once in a compounded way.

However Wendlle does see some up-sides to her experience.

“Look, I think there is some pros and cons in being a migrant transitioning in Australia. I think not having my family close to me made things a bit easier from a perspective that I was not bombarded with questions all the time."

"While local people could face a bit more of struggle with family and friends. On the other hand, in a different scenario I could have had support from my family as well, which I didn’t have being so far from them.”

Transitioning in Translation
or
Traduzindo a transição
is a three-part series by SBS Portuguese, available in both Portuguese and English. Listen to the full podcast episode in English by tapping the image at the top of this article, or listen in
Portuguese
. Watch the video below.

Produced by Felippe Canale for SBS Portuguese. Videos and photography by Marlon Moro.

Our bodies don’t define us: Jakob begun transitioning as a teen with his family's support

Giving minorities a voice: A psychologist's push to talk openly about gender identity