86-year-old restaurateur Mrs Anant Kaur Sandhu is the only Punjabi-origin person to be named in the 2018 Australia Day Honours list. Since 1996, she has served freshly-cooked meals to dozens of homeless people, every Thursday at Adelaide’s Hindmarsh Square. 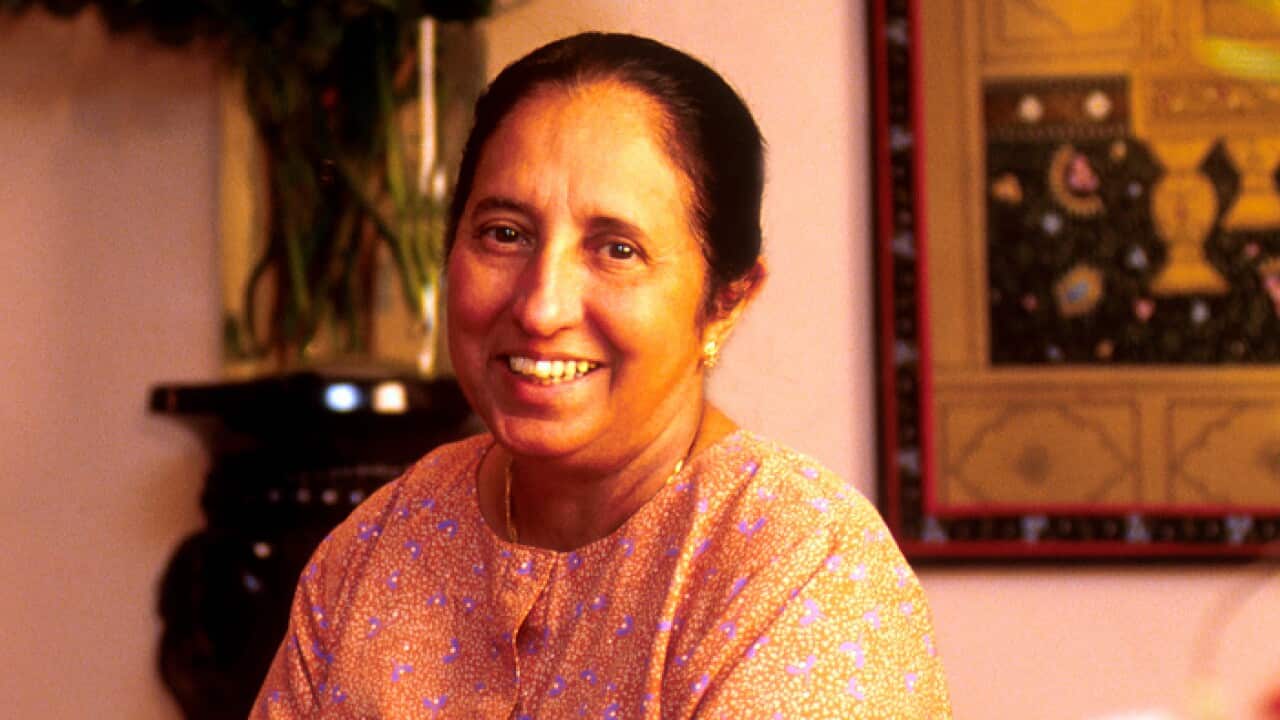 Mrs Anant Kaur Sandhu, who is known simply as "Mrs Singh" in Adelaide, and has received an Australia Day Honour for serving food to the homeless every week Source: Supplied

Known fondly as “Mrs Singh”, Mrs Anant Kaur Sandhu is a recipient of an AM, or 'Member in the General Division of the Order of Australia.'

She tells SBS Punjabi "I can’t believe it. I’m just an ordinary person. Why me?”

Advertisement
“The children had come here to study and they wanted to stay on Australia," she explains. "So we looked at coming here as well.”

“A friend living in Adelaide sponsored us, and that’s how we arrived in the city in 1976.”

“I was in my late 40s when we opened Jasmin restaurant in the year 1980. On 18 January this year, we celebrated 38 years of the restaurant.

"Although I didn’t have formal training in hospitality, but I was always interested in food and cooking.

"My mother was a fantastic chef and I was inspired by her.”

Many famous cricketers have known to frequent the restaurant over the years.

"Several players from the  English and West Indian teams have also come by."

Mrs Anant Kaur Sandhu, who is known simply as "Mrs Singh" in Adelaide, and has received an Australia Day Honour for serving food to the homeless every week Source: Supplied

But it is her penchant for selfless service, and the determination to “give back to the community that has always supported us," that has led to this years Australia Day Honour for Mrs Sandhu.

Since 1996, dozens of homeless people come to the parkland outside her restaurant every Thursday, and they are served freshly cooked food.

“This food is made especially for them, so it isn’t very spicy, and we cater for people with allergies," she says.

"Usually, we pack rice, vegetables and meat (or seafood) in a plastic container and give it to the homeless.

Mrs Sandhu recalls how this came about in 1996. “We have a parkland in front of our restaurant," she explains.

"Anglicare used to bring homeless people there every now and then, and  serve some sausages, and maybe chops.

"One cold evening, I looked at them and thought, how do they survive with this?”

Mrs Sandhu spoke to Anglicare and they agreed to having food from the restaurant served on a weekly basis, and that’s how it all began.

"We generally have more than 100 people for the Christmas meal.”

“I know its only one meal we serve, but I think makes a difference in their lives,” said Mrs Sandhu.

She added, “We must do whatever little we can for the community around us."

"This is a very small initiative and we certainly didn’t do this to win any award. But everyone must give back.

Sharing her philosophy in life Mrs Sandhu says, "Work hard and be nice to people."

"Somebody maybe poor today, but they could have had better days previously."

"We have some people who come for meals, who were once placed in good positions. So you must treat everyone – the rich and the poor – equally!"