The Indian government is proposing a raft of measures to prevent non-resident Indians (NRIs) from deserting their wives - a trend that, according to some, has recently attained the spectre of organised crime. 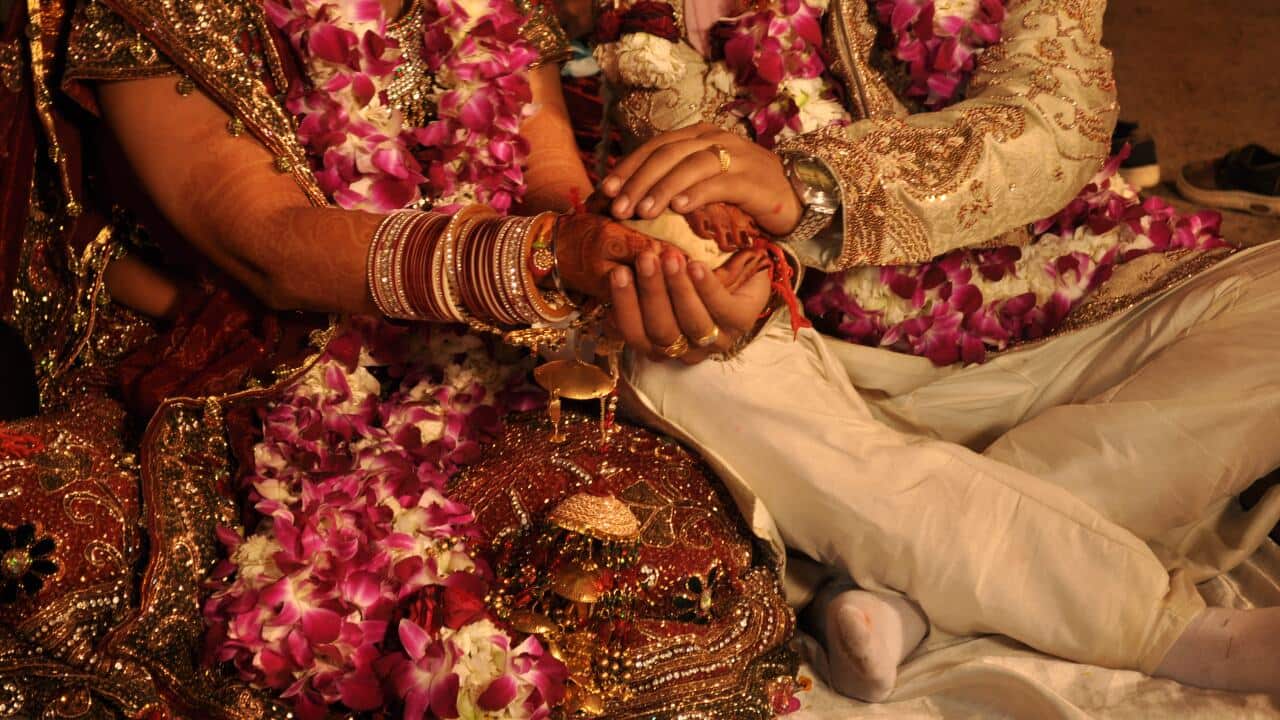 It was more than 12 years ago that a young and spirited Anmoljit Kaur married Gagandeep Singh, a seemingly promising man from the city of Amritsar in Punjab.

But just a few months after the arrival of their firstborn, Gagandeep left for Canada, abandoning his wife and baby girl.

Anmoljit is just one of over 25,000 women in Punjab alone, who have been abandoned by their spouses over the last two decades.
Source: Pixaby(Creative commons)

Advertisement
Inundated by thousands of complaints from women like Anmoljit, the Indian government says it is now determined to crack its whip on non-resident Indian (NRI) men, guilty of deserting their lawfully wedded wives.

As part of the plan, the government is considering changes to criminal law that will enable authorities to seize the property of the runaway groom.

In addition, measures have also been suggested to establish a dedicated website to serve summons to absconding NRIs who fail to respond to court notices initially sent to their address.

Such notices would be considered to have been lawfully served. This has been proposed to prevent offenders from seeking cover in different countries or disguising identities to escape trial or arrest.

The measures have been proposed by a group of ministers headed by Union Minister Rajnath Singh to provide justice to thousands of alienated women who live often tormented lives either in wait of their fleeing husbands or for some sort of recompense or retribution.

The panel has also mandated NRIs who marry in India to register their marriages within one week of the wedding and update their marital status on passports.

Also under consideration is a provision that would allow authorities to suspend passports of offenders, declaring them ‘absconders’.

Just last week, the regional passport office in Chandigarh revoked the passports of seven NRI men who had abandoned their partners soon after the wedding, reports the
Tribune.

The External Affairs Ministry recently revealed in Parliament, that they receive one distress call every eight minutes from a woman married to an NRI.

A disturbing number of 3,328 complaints were registered in a little over a thousand days between January 2015 and November 2017 from NRI wives most of whom reportedly hail from Punjab.

Ajay Jindal, a senior lawyer in Punjab feels the trend has of late attained the spectre of what he calls organised crime.

"Punjabis are obsessed with the notion of moving abroad and settling there. And NRIs know just how to exploit their vulnerability” - Ajay Jindal, Senior advocate

“They come to India, marry innocent women mostly from villages and then they vanish after exploiting them for sex or money”, adds Mr Jindal.