‘A dire need for action’: India’s ‘Save Soil’ movement gathers pace in Australia 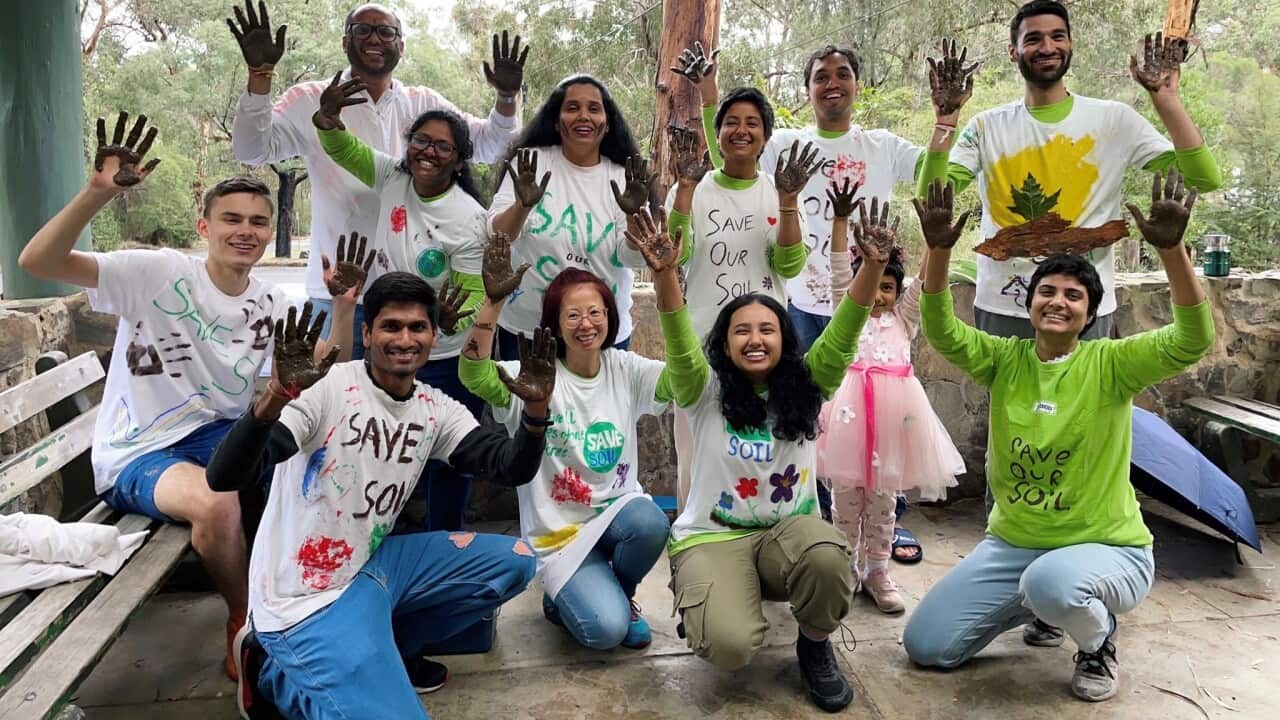 Australia-based volunteers are joining a movement to raise awareness of the threat soil degradation poses to future generations.

'Save Soil', a global movement to increase soil's organic matter, is gaining popularity around the world.

As part of the movement to address the global soil crisis, a group of Australian volunteers are raising awareness so that soil degradation can be mitigated in an ethical manner.

Melbourne's Richie Kaur is one of those who has chosen not to keep silent. She made it her aim to alert people around her of the looming catastrophe.

Advertisement
Richie Kaur, Melbourne based young mum and a 'save soil' volunteer. Source: Supplied by Ms Kaur.
Speaking to SBS Punjabi, the Save Soil volunteer says, "I aim to make sure that at least the people I know talk about soil."

"If people start talking about the seriousness of the issue, only then the leaders will implement policies to increase the organic content of agriculture soils," says the 35-year-old mum.

According to a
report by Food and Agriculture Organization (FAO) of United Nations,
there is a grave possibility that soil erosion will cause significant losses of biodiversity, damage to rural and urban infrastructure, as well as displacement of large populations.

The report states that by 2050, the effects may be as large as a reduction of 10 per cent of crop yields, which is the equivalent of removing millions of hectares from crop production.

"The crop varieties we get today contain much fewer vitamins and minerals than the food grown decades ago and we could soon lose the ability to grow enough nutritious food," says Ms Kaur.

In March this year, Indian yogi Sadhguru launched this global movement to save soil from extinction. He is travelling 30,000 km on a motorcycle through 25 nations to meet citizens and leaders to create awareness.

"There is a dire need to care for our soil now, as we won't be able to find new land when soil degrades or loses its nutrients," urges Ms Kaur.