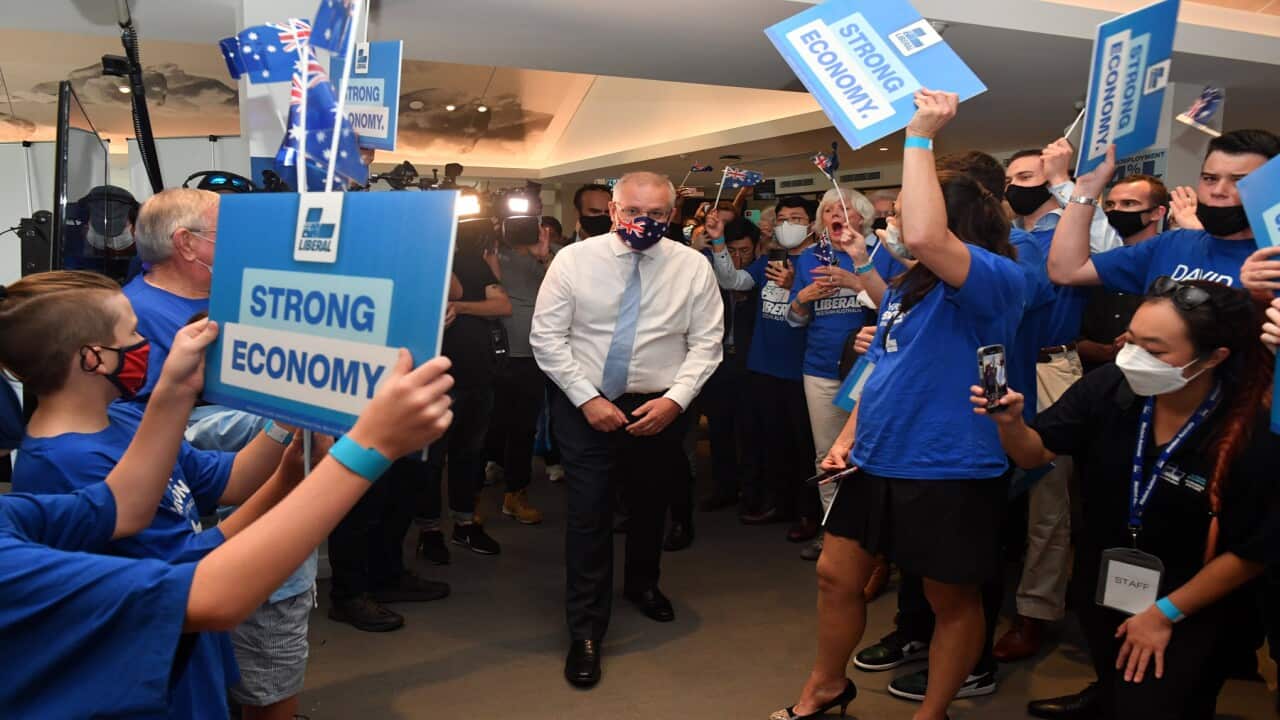 Scott Morrison at a Liberal rally in Perth Source: AAP

Controversy is following the Warringah candidate for a second week, as the government and opposition face the prospect of negotiations with Independents and the polls show an election could end with a hung parliament.

Published 22 April 2022 at 11:56am
By Krishani Dhanji
Presented by Harleen Kaur
Source: SBS
In Western Australian, there are three seats the party could lose in the state, including Hasluck, currently held by Liberal Indigenous Affairs minister Ken Wyatt.

Labor sees the seat as a path to victory, but with the latest polls showing the parties neck and neck, and primary votes low, both leaders could be forced to the negotiating table to form a minority government.

It's a prospect both leaders are rejecting, including Scott Morrison in Perth.

Advertisement
"Yeah I won't be doing any deals with independents. If we had three years of an unstable and uncertain Parliament with all sorts of deals being done on this day and that day. That's not the stable and certain leadership that this country needs."

Despite these protests, the likelihood of that outcome is increasing. The latest Newspoll suggests both major parties are receiving a primary vote below 40 percent. This could result in a hung parliament - last seen in 2010 under the Gillard Labor government.