A young Black man was tortured and killed on a remote island in Denmark by two white men, one of them with far-right affiliations and a swastika tattoo on his leg, but the authorities are refusing to call it a hate crime.

Noting that the victim, Phillip Mbuji Johansen, and his attackers knew one another, the prosecutor, Benthe Pedersen Lund, told a local newspaper that the killing had nothing to do with “skin color” but with “a personal relationship that has gone wrong.”

Denmark adopted a hate crimes statute in 2004, but activists, friends and family members, citing the grisly circumstances of the killing, say authorities are often too reluctant to acknowledge racially inspired violence.

“It took three days for the police inspector and state prosecutor to completely refute that it is racially motivated, despite all the evidence pointing toward it,” said Awa Konaté, a Danish-Ivorian activist who teaches African cultural awareness.

“This shows this is a systemic issue.” 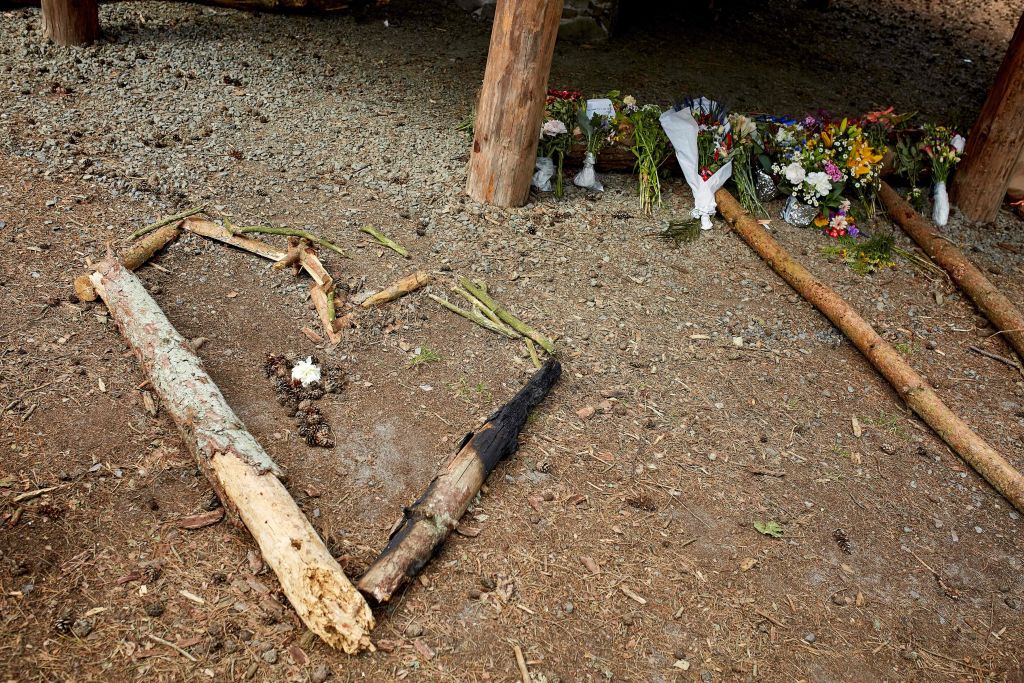 Flowers and pieces of wood shaping a heart left at the shelter where the body of Phillip Mbuji Johansen was found.
AFP

Mr Johansen (he sometimes identified as Mbuji Johansen), a 28-year-old engineering student of Danish and Tanzanian descent, came to the island of Bornholm to visit his mother last week. He went to a party on Monday and was later invited for a beer in the woods, his mother told the local Ekstra Bladet newspaper.

The next morning, Mr Johansen’s mutilated body was found at a camp site. According to the preliminary indictment, his skull was broken after he was beaten several times with a wooden beam; he was stabbed multiple times; a knife was driven through his throat and a knee had been planted in his neck. He died sometime early Tuesday, according to a forensic report.

Two local men — brothers, aged 23 and 25 — were arrested Wednesday on manslaughter charges. The police said the men have admitted to beating Mr Johansen, but deny killing him. Mr Johansen’s mother, who asked to remain anonymous, told local news outlets that one of the two suspects was an old friend of her son.

The suspects have not yet been identified publicly. One of them has a swastika and the words “white power” tattooed on his leg. 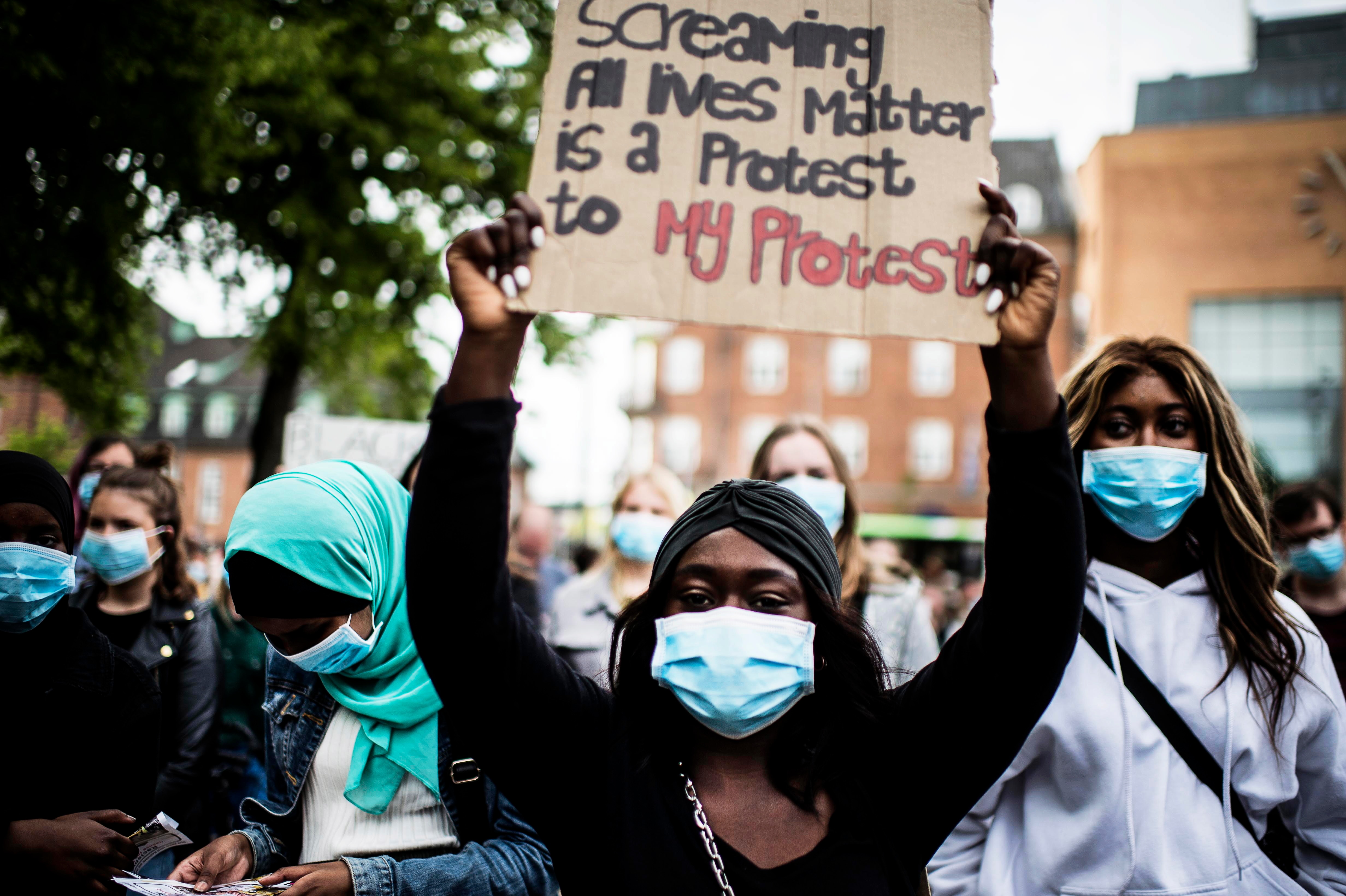 The other suspect has expressed support for a Danish extreme right party, called Stram Kurs, or “Hard Line,” and recently posted a message of support for White Lives Matter on his Facebook page, according to Redox, a left-activist research group.

Denmark, a Nordic nation that prides itself on its progressive attitudes, has suffered an upsurge in racial violence recently. Between 2007 and 2016, racially motivated hate crimes in Denmark more than quadrupled, the European Union said in a 2018 report.

In response to the global protests over the killing of George Floyd in Minneapolis, right-wing extremists of the Nordic Resistance Movement, an underground group, have put up White Lives Matter posters in at least two cities in Denmark. Some Danish news outlets have noted that a knee was pressed hard against Mr Johansen’s neck, just as in the killing of Mr Floyd, as well as the hard-right affiliation of both suspects. The story has nevertheless mostly been treated as a “homicide” and has received only modest news coverage.

Danish police and judicial officials have gone out of their way to disavow any connection between the killings of Mr Floyd and Mjubi or, for that matter, that race was a factor.

Daniel Villaindulu, a close family friend, strongly disagreed. “He was tortured for hours,” Mr Villaindulu said, noting that he and Mr Johansen were among the few Black people on the island of Bornholm.

“They say there was jealousy over something,” he said in a telephone interview, “but when you add everything up and you know these guys had a swastika tattoo and are right wingers, you can image why it ended like this.”

Another family friend, Tobias Krahmer, told local news outlets that he thought the killing was not racially motivated. But activists say Mr Krahmer, who is white, ripped down a “Black Lives Matter” banner outside the Bornholm courthouse Friday.

“You can’t compare what is happening in the U.S. to this horrible crime on Bornholm,” Krahmer told a local television network, TV2. “It’s all different. Do not pull the racism card and start a heated debate about this being a hate crime.”

Mr Johansen had almost finished his studies and had recently moved to Roskilde, a Danish city that is host to a major annual rock festival. On his Facebook page, he shared images of Bornholm, and his posts showed his love for engineering and nature. The header of his page reads: “Be the change you wish to see in the world.”