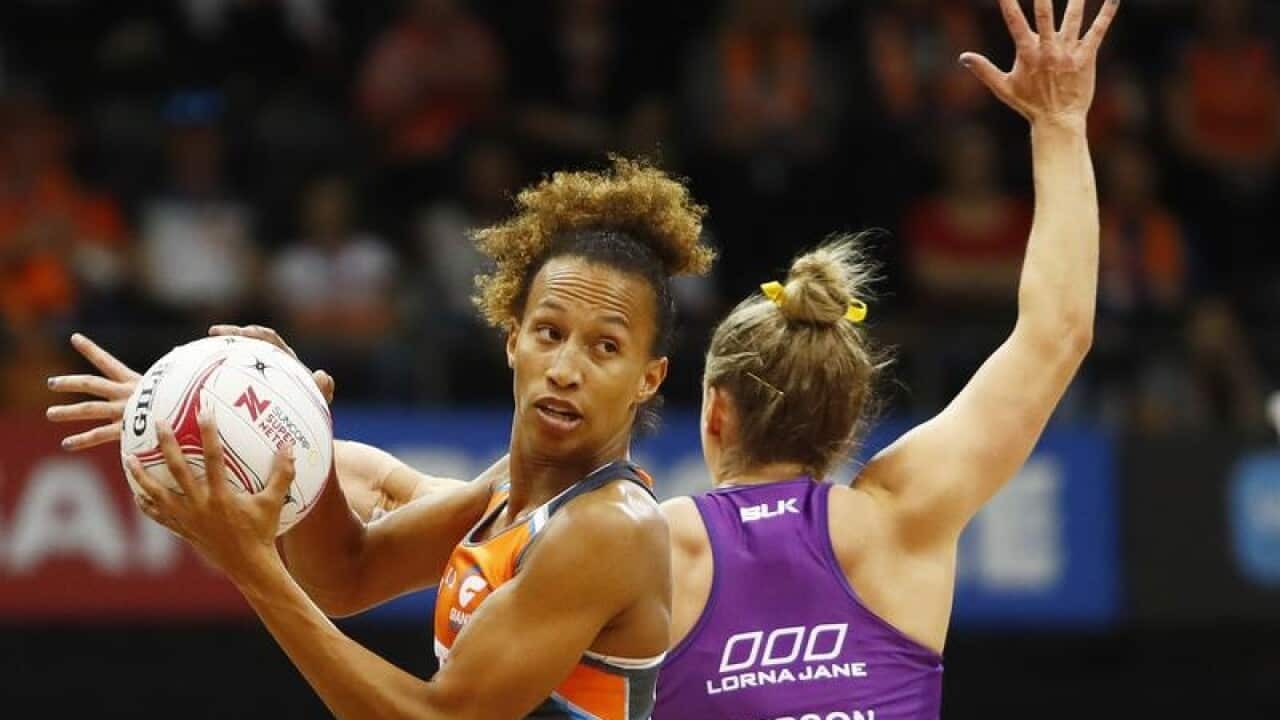 Serena Guthrie says the standard of Super Netball is on the up. (AAP)

Fresh from celebrating her 50th Super Netball match, Giants centre Serena Guthrie has declared she made the right decision in choosing the Australian competition following the 2017 trans-Tasman split.

The English Rose has played in every Giants fixture since foundation, moving to Sydney from Northern Mystics after New Zealand and Australia formed separate competitions.

"You never quite know how long you're going to be able to stay out here and play at this level, so, very happy that I've been able to get 50 games, especially for this club.

Advertisement
"It's a great comp and it's growing and getting better each year - it's just really good to be a part of it."

The centre didn't really light up the stat sheet in a 53-51 win over Queensland Firebirds on Saturday but her impact on the court is not lost on coach Julie Fitzgerald.

"She's fantastic - she's such a great character," she said.

"She's a great personality but she's also a person of great character and having her in our team just enhances everything."

Guthrie was part of the breakthrough English Commonwealth Games gold campaign alongside teammate Jo Harten and the effect of that particular triumph on Fitzgerald's English charges is clear.

"Jo hasn't come from a traditionally winning culture, in that sense," Fitzgerald said.

"This year has been a big year for her, I've coached now her for five years and I've seen her really grow across that time."

Guthrie is happy to have a link to her homeland in western Sydney in Harten and joined her coach in heaping praise on the dynamic shooter.

"It's great to build on the connections with her for all the international stuff but it's also great to see her come out here and flourish and do her own thing and put her stamp on the competition."