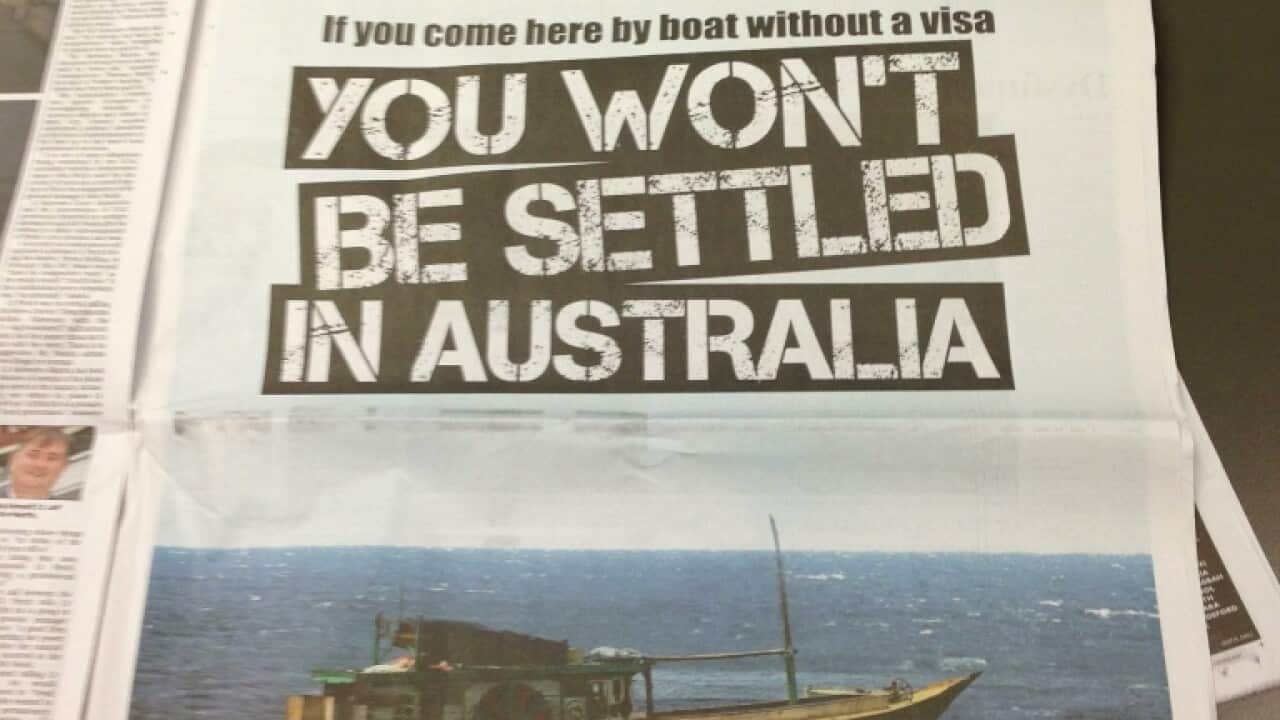 Treasurer Chris Bowen has defended government advertising of its new hardline approach to asylum seekers, saying it was important to get its message to potential boat people overseas.

The government on Saturday paid for full page newspaper advertisements across the country stating: "If you come here by boat without a visa you won't be settled in Australia".

The ads come a day after Prime Minister Kevin Rudd announced Labor's tough new policy on boat people, which will resettle those who arrive by boat in Papua New Guinea rather than Australia.

Advertisement
The national campaign will be followed by advertisements overseas.

Independent Senator Nick Xenophon said he would make a formal complaint about the ads to the Auditor General, which he described as a blatantly political campaign paid for by the taxpayer.

But Mr Bowen said it was important to advertise the new boats plan in Australia, because recent migrants from countries such as Iran, Sri Lanka and Afghanistan would communicate it back to their home countries.

"And tell them, look the policy has changed in Australia, the law's changed, please don't come by boat because you'll get resettled to Papua New Guinea," Mr Bowen told Sky News.

"We know this, people smugglers will lie about this.. and they will try and convince people that it's still a good idea to spend money to come to Australia by boat."