The death of a Sudanese man being held at the Manus Island detention centre needs further investigation, advocates say. 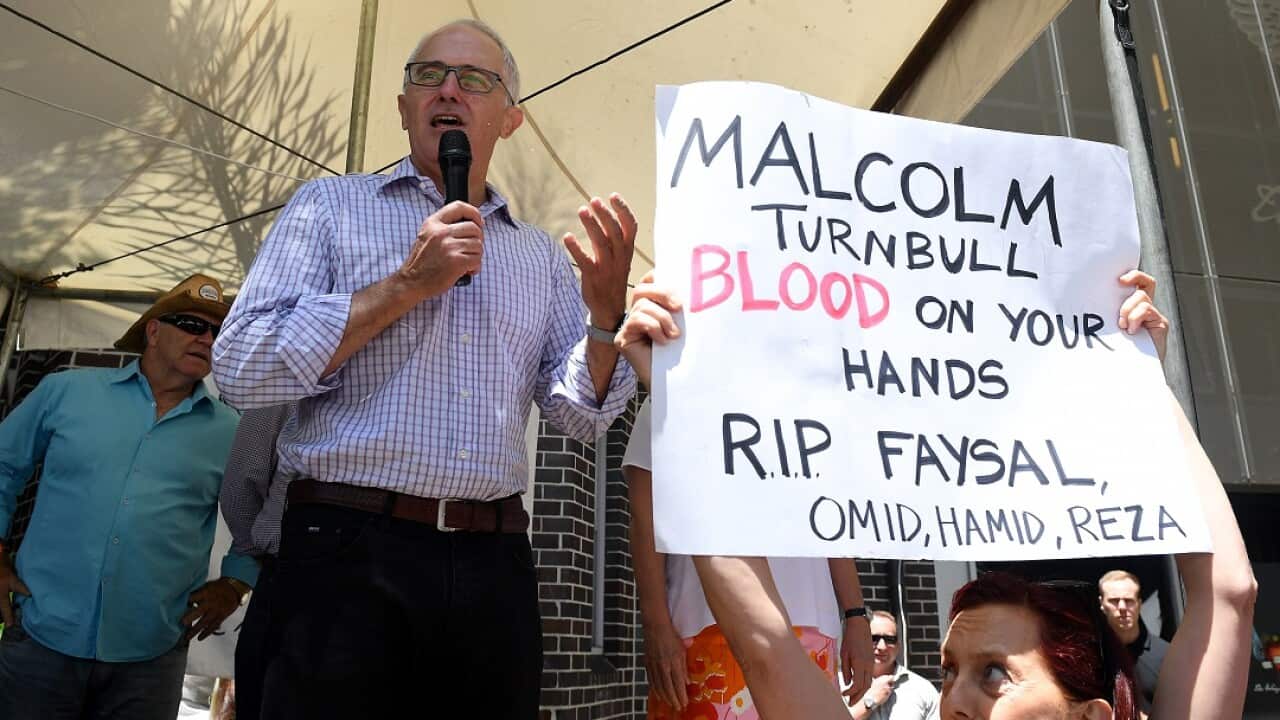 Prime Minister Malcolm Turnbull has again defended his government's policy on asylum seekers who arrive by boat after one man died and detainees rioted over his treatment.

A 27-year-old Sudanese man, Faysal Ishak Ahmed, died on Saturday in Brisbane after being airlifted from Manus the day before.

"It appears that Faysal did not receive appropriate treatment for his condition and we now have another death that was likely to have been entirely avoidable," National Justice Project principal solicitor George Newhouse said on Sunday.

Mr Ahmed collapsed at the centre on Thursday and had been ill for more than six months, according to a fellow refugee on the island.

"Every day Faysal went to medical asking for help. They did not help him," Behrouz Boochani said in a statement from Manus Island released by the Refugee Action Coalition.

"A few days ago a nurse ... told Faysal that he was fine and didn't need medical treatment."

Mr Ahmed, who fled Sudan in 2013 and tried to come to Australia by boat, had complained of heart problems and headaches, according to the statement attributed to Mr Boochani.

The Department of Immigration said the man had died from injuries suffered after a fall and suffering a seizure.

"The department is not aware of any suspicious circumstances surrounding the death and expresses its sympathies to his family and friends," it said in a statement.

Overnight on Manus, detainees "kicked the officers and staff out", Mr Boochani posted on Facebook.

"We took control of the whole prison."

"Now the refugees are angry and sad, but the situation otherwise looks normal," Mr Boochani said.

It's also called on the federal government to set up a royal commission into the provision of medical care on Manus Island and Australia's other detention centre on Nauru.

"The Minister for Immigration (Peter Dutton) is on record complaining of a War on Christmas," Mr Newhouse said.

"Where is this government's spirit of charity and love for the most desperate and vulnerable people in the world at this time?"

But Mr Turnbull makes no apology for the government's policy not to allow asylum seeker boat arrivals to set foot on Australian soil.


"That has stopped the people-smuggling and it's stopped the drownings at sea," he told reporters in Sydney on Sunday.

"Our policy is compassionate but it respects the sovereignty of Australia."

"We do not yet know the precise case of Faysal's death - whether it is the head injuries he suffered or his underlying medical condition," he said.

An inquest is already underway in Queensland into the death of refugee Hamid Khazaei, 24, who died of a leg infection after being transferred from Manus Island to Brisbane.