Legislation to remove the $30 million GST from feminine hygiene products has passed the Senate. 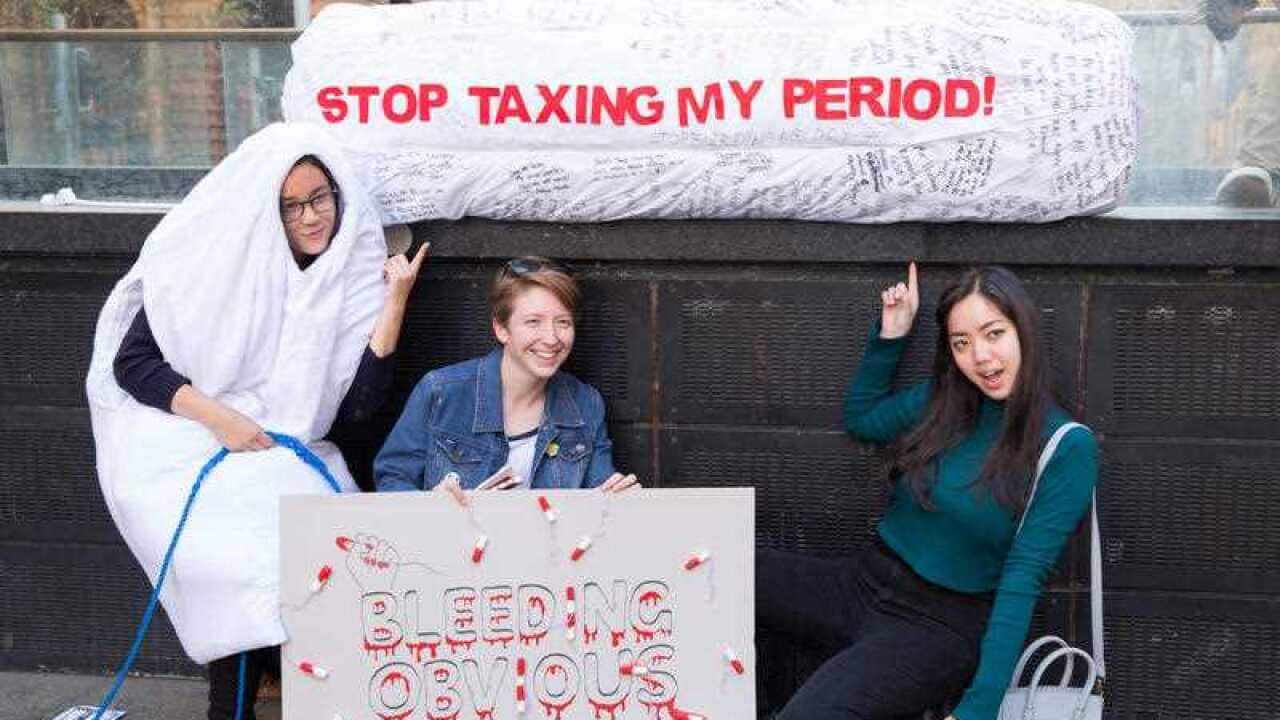 Stop Taxing My Period demonstrators based with a giant tampon at a rally in Martin Place, Sydney on August 14, 2015 Source: AAP

The federal government faces pressure to take the GST off tampons after draft laws passed the Senate.

A Greens bill to take the 10 per cent tax off feminine hygiene products passed the upper house on Monday without needing a parliamentary vote.

While it is a blow for the government, the bill is not expected to pass the lower house where the coalition has the majority.

"Australians have had enough - they want this unfair tax on sanitary products gone once and for all," Senator Rice said.

"Menstruating is not a luxury."

Liberal senator Amanda Stoker said the GST on sanitary products cost women about $11 a year, which was a stretch for only a small number of women.

She said removing the tax was a matter for state governments, which need to approve changes to the GST.

"Not a single state or territory treasurer has been asking for this tax to be reduced or removed from sanitary products," Senator Stoker said.

Some Liberal MPs have sought to lobby Treasurer Scott Morrison to remove the tax but he argues it would need the support of all states and territories to approve any changes to the GST.

The legislation entered the lower house minutes after passing the Senate, with a call from Greens MP Adam Bandt to deal with it immediately.

"There is no place in Australia for this discriminatory tax, we could remove this unfair burden today," he said.

But his attempt to bring it on for debate was defeated by the government.

"It's time this arrogant and out-of-touch prime minister gave women a tax cut, instead of his mates at the big banks," Ms Plibersek said.

Labor announced in April that if elected to government, the tax would be removed.

Australian women spend around $300 million on sanitary products - tampons and pads - each year.

The tax component is about $30 million a year.

Under Labor's proposal, the loss of revenue to the states from GST on sanitary items would be offset by applying the GST consistently to 12 natural therapies that are sometimes GST free, such as herbalism and naturopathy.