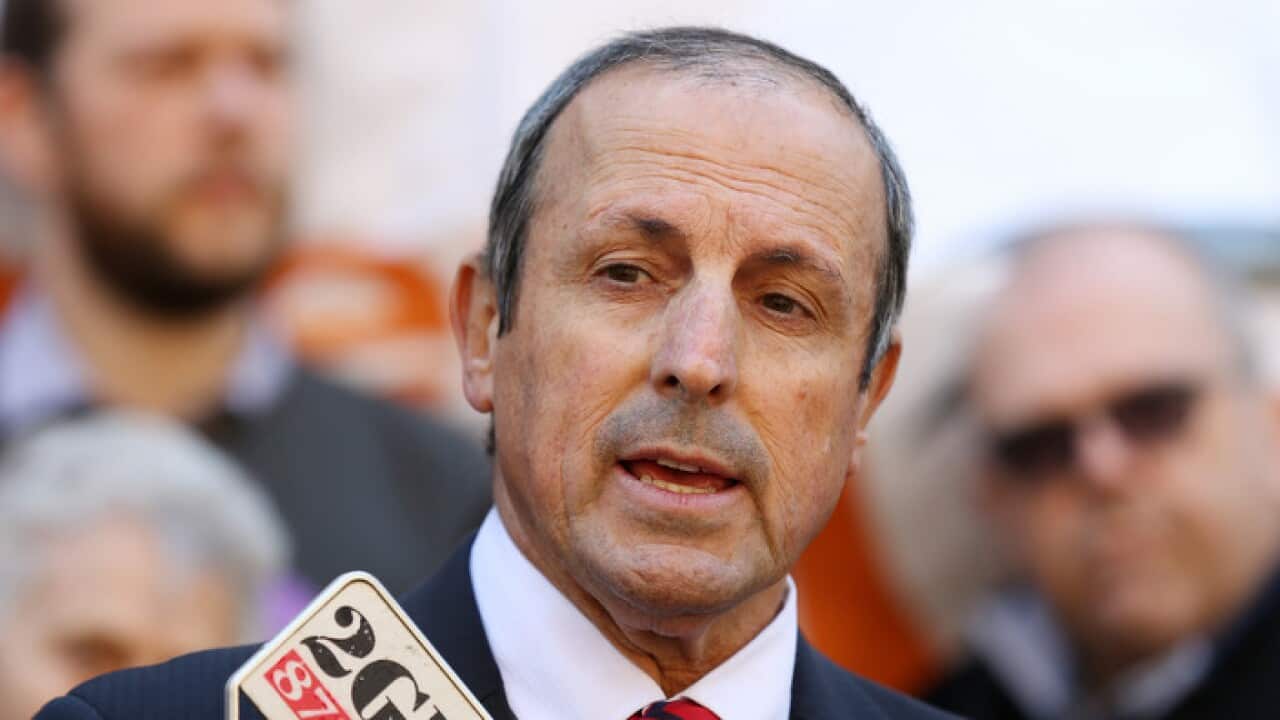 An alliance of ethnic community groups is angry the New South Wales government has dropped plans to reform the state's racial vilification laws.

They are concerned about Section 20D of the Anti-Discrimination Act which is supposed to target those who incite people to commit racial violence.

Since the inception of the act, there have not been any successful prosecutions under Section 20D.

He told SBS News the current laws were not working.

"Legislation in New South Wales is completely ineffective. The former attorney general Gabrielle Upton herself  conceded that the laws are not working and undertook to introduce a bill early this year to strengthen the law," Mr Alhadeff said.

"That has not happened and now the cabinet has actually thrown the proposal out."

The review was ordered after the Director of Public Prosecutions was left unable to charge Ismail Al-Wahwah, the leader of Hizb ut-Tahrir who described Jews as "hidden evil" and called for a "jihad against the Jews".

In a statement, the New South Wales Attorney General Mark Speakman said "there are no present plans to amend section 20D of the Anti-Discrimination Act".

"Apart from section 20D, existing general criminal law provisions, including in the Crimes Act, are potentially capable of covering conduct of the kind in question," he said.

NSW Labor leader Luke Foley has accused the government of pandering to Pauline Hanson by breaking its promise to reform the laws.

Mr Foley says if Labor is elected in 2019, it will strengthen laws against hate speech in its first 100 days.

"I will not accept the status quo, which licences incitement to hatred and violence against ethnic minorities," he said.

"Labor will act immediately upon coming to government."