Iranian refugee Omid Masoumali died in a Brisbane hospital after suffering burns to 57 per cent of his body on Nauru, the Queensland coroners court has heard. 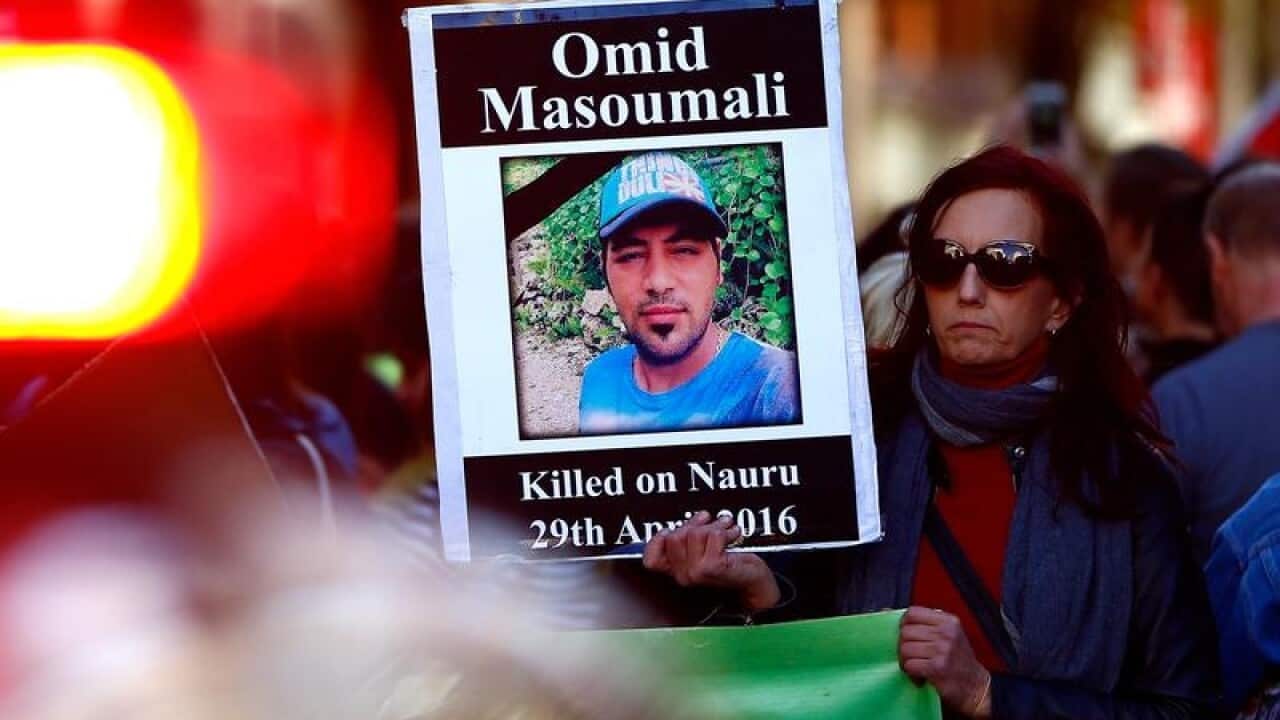 It took 31 hours for the Australian government to get to a specialist burns unit after the Iranian refugee set himself alight to protest conditions on Nauru.

Frustrated after being stuck on the island for almost three years, the 24-year-old poured petrol onto his clothes and lit it in front of officials from the United Nations Refugee Agency in April 2016.

Media reported the incident as self-immolation and video showed Mr Masoumali shouting before the flames engulfed his body as he ran across a sandy car park in front of screaming onlookers.

Advertisement
"This is how tired we are, this action will prove how exhausted we are. I cannot take it anymore," he reportedly said.

There has been an increase in medical evacuations for refugees from Nauru to Australia. Source: AAP

His death will be investigated next year by the state coroner, who will hear Mr Masoumali's fiancee suggesting he didn't intend to take his own life, counsel assisting Megan Jarvis told a pre-inquest conference on Thursday.

Mr Masoumali was taken to Nauru Hospital after bystanders used a blanket to smother the flames about 10am on April 27.

Local and international medical staff said he needed to be urgently sent to a specialist burns unit if he were to survive.

CareFlight Queensland was called to medically evacuate him but didn't arrive until sunrise the following day.

Mr Masoumali arrived in Brisbane about mid-afternoon on April 28, when an ambulance drove the badly burned man to the Royal Brisbane and Women's Hospital.

He arrived about 3pm, some 31 hours after he had set himself alight.

He died the following day from multiple organ failure with burns to 57 per cent of his body.

It is also suspected Mr Masoumali sustained a hypoxic-ischaemic brain injury due to poor oxygen and blood supply, along with severe tissue damage to all four limbs.

At the time of his death, he was considered an "unlawful non-citizen" under Australian law and, although in hospital, was technically in the custody of the Department of Immigration and Border Protection security staff.

It aroused significant concern in both the Australian and international community, Ms Jarvis said.

The coroner is expected to probe whether more could have been done to prevent the death, along with the health and medical evacuation services provided.

The circumstances leading up to Mr Masoumali's decision to set fire to his own clothing will also be examined, however, it will not investigate Australia's treatment of or its obligation to him as a refugee.

"The inquest into Omid's death may not achieve all that the family or the broader community may hope," Ms Jarvis said.

The inquest is expected in February 2019.