A six-month asylum seeker stand-off at the Indonesian port of Merak has finally come to an end, with dozens of Tamils taken to a detention centre. 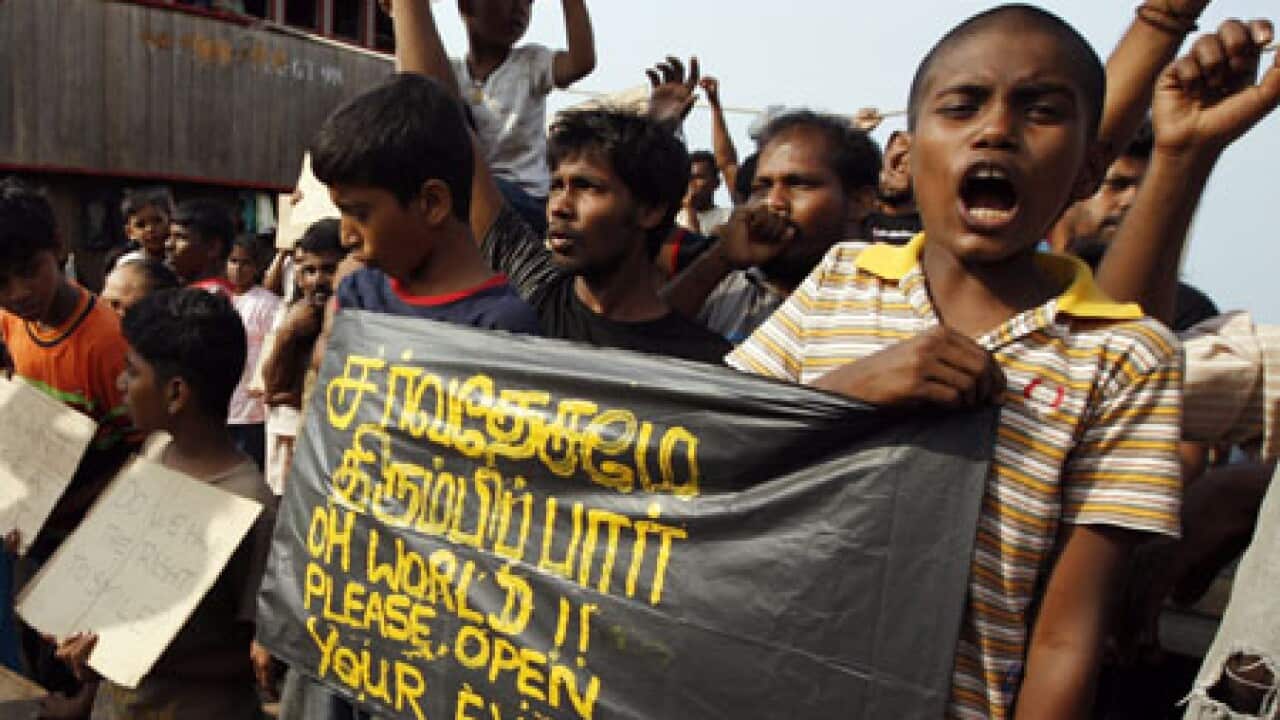 A six-month asylum seeker stand-off at the Indonesian port of Merak has finally come to an end, with dozens of Tamils taken to a detention centre.

But the ethnic Tamils - then numbering 254, including 31 children - refused to disembark at the Javan port of Merak, fearing they would be forced to wait in Indonesia for years before being resettled.

The asylum seekers did not resist as the majority were moved from the boat and nearby accommodation to buses bound for Jakarta.

They were expected to board flights bound for Indonesia's Riau Islands province later.

It is believed they are to be taken to the Australia-funded detention centre in the province's city of Tanjung Pinang.

Senior Indonesian foreign ministry official Sujatmiko said officials from the UNHCR would visit them this week to begin processing their refugee claims.

"We encourage the UNHCR to work hard so they can be resettled as soon as possible in a third country," Sujatmiko said.

And he called on Australia to play its part.

The asylum seekers expressed both relief and concern as they left the dock in Merak.

Latif, 21, said he still wanted to go to Australia but knew it was impossible.

"After six months at the port, I don't wish to be here anymore. Life here is hard... people keep falling sick," he said.

Dozens of the Tamils fell ill, some seriously, during their time aboard the squalid boat, named the Jaya Lestari 5. One 29-year-old man died from a stomach illness in December.

A handful of people left the boat voluntarily during the stand-off, while about 40 others fled into the community.

Meanwhile, the only people smuggler arrested over the failed journey, Abraham Louhenapessy, was fined but freed by an Indonesian court last month.

It is believed authorities may now return the Jaya Lestari 5 to the smuggler, known as Captain Bram, if he can prove ownership.

The Tanjung Pinang Detention Centre is the same place the 78 Sri Lankan asylum seekers involved in last year's Oceanic Viking stand-off were taken before being resettled under a special Rudd government deal.