The Wikileaks co-founder is currently in a high security prison in London as he contests an extradition request.

WikiLeaks founder Julian Assange on Wednesday failed in his bid to be bailed after he argued that he was at risk of catching coronavirus in the British prison where he is being held.

"As matters stand today, this global pandemic does not as of itself provide grounds for Mr Assange's release," said judge Vanessa Baraitser at London's Westminster Magistrates' Court.

Mr Assange is currently in the high-security Belmarsh prison in south London as he fights an extradition request by the United States to stand trial there on espionage charges.

Ms Baraitser pointed out that the 48-year-old, who followed proceedings via videolink, had already violated a bail order when he fled to the Ecuadorian embassy in 2012.

At that time, Swedish authorities were attempting to extradite him over sexual assault claims that were later dropped.

@wikileaks editor-in-chief @khrafnsson condemns the decision not to release Julian #Assange on bail in light of the #Coronavirus crisis. More than 100 staff from Belmarsh are off sick. pic.twitter.com/V99fMOjUXD

Mr Assange's lawyer, Edward Fitzgerald, said there was currently no COVID-19 case at Belmarsh but 100 prison officers were off work and there was a "very real risk, and the risk could be fatal".

Concern has been raised for the Australian's health behind bars, and he has had a history of illness, including respiratory infections.

His full extradition hearing is due to resume for three weeks in mid-May, when witnesses will be called and cross-examined, with an eventual ruling expected by August at the latest.

But proceedings could be delayed, as court hearings have been affected by the coronavirus outbreak. 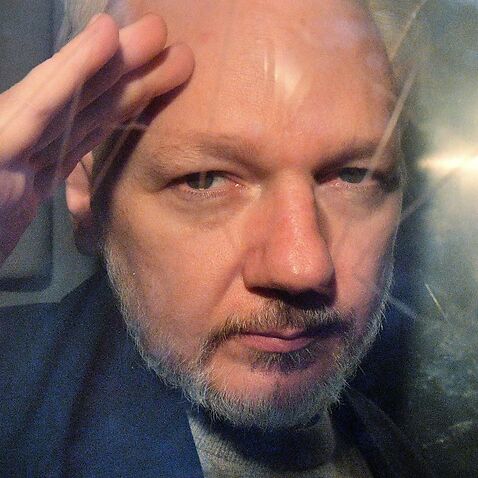 Mr Assange faces charges under the US Espionage Act for the 2010 release of a trove of secret files detailing aspects of US military campaigns in Afghanistan and Iraq, as well as a single computer hacking charge.

A ruling against the Wikileaks co-founder could see him jailed for 175 years.

Britain is currently considering releasing some inmates in England and Wales to ease the pressure on prisons, where 10 per cent of staff are off work after displaying virus symptoms.