Greens Senator Mehreen Faruqi heavily criticised politicians and the media for what she called the "legitimisation and normalisation" of racism in Australia.

Australia's first female Muslim senator has given her maiden speech to the Senate in which she called out political racism, insisting "we can build a future for each and every one of us".

Mehreen Faruqi delivered her first speech as Greens Senator for New South Wales (NSW) on Tuesday, in which she compared her experience as a migrant to Australia from Pakistan in 1992 to those arriving today.

"While I did feel welcomed when we arrived here, migrants coming to our shores today would not be able to say the same. The last 26 years have seen governments erode support for newcomers as bigotry and xenophobia has been allowed to flourish," she said. 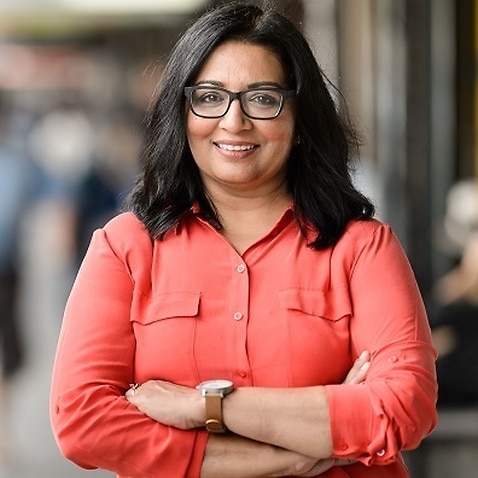 Senator Faruqi criticised politicians for "creating and fanning racial divisions", singling out comments on “African gang” violence as an example.

"You can’t condemn racism and then in a warm glow of self-congratulation allow deep-rooted structures of discrimination to remain in access to healthcare and public services, in our prisons and justice system and in our immigration system," she said.

She revealed she had personally been subjected to "thousands" of racist and sexist messages.

"The existence of racism, sexism and other discrimination is not new but what has changed is it legitimisation, normalisation and encouragement in the media and in politics," she said.

Senator Faruqi said she would bring "determination" and a "trouble-making streak" to the Senate, adding: "We can build a future for each and every one of us, no matter where we come from, no matter the colour of our skin, our religion, our gender or sexuality, our bank balance or our postcode. I hope I can make you proud."

Her inaugural speech came a day after she was sworn in to Parliament, filling the casual vacancy left by Lee Rhiannon.

An honour to be sworn into the @AuSenate just now! Excited to get to work with my brilliant Greens colleagues

Her appointment came a week after Katter's Australian Party Senator Fraser Anning called for Muslims to be banned from migrating to Australia in a widely condemned first speech.

Senator Farqui said she was "beyond mad" at his comments, adding "I'm a Muslim migrant woman, I'm heading to the Senate on Monday and there's nothing Senator Fraser Anning can do about that".

She migrated to Australia from Pakistan in 1992 and forged a successful career as an academic and engineer before heading into state politics.

Senator Farqui joined the Greens in 2004, explaining in an online biography that the party "closely aligned" with her views on the environment and social issues.

She became the first Muslim woman elected to any Australian parliament when she entered the NSW Legislative Council in 2013.

As a foreign-born Australian, she said at the time, her story "belongs to many".

On Monday, she announced she was taking on the party's education portfolio but would also be working on animal welfare, housing, local government, industry and gun control.