An Australian Medical Association report says public hospitals are in a crisis which needs to be addressed by a new funding formula. 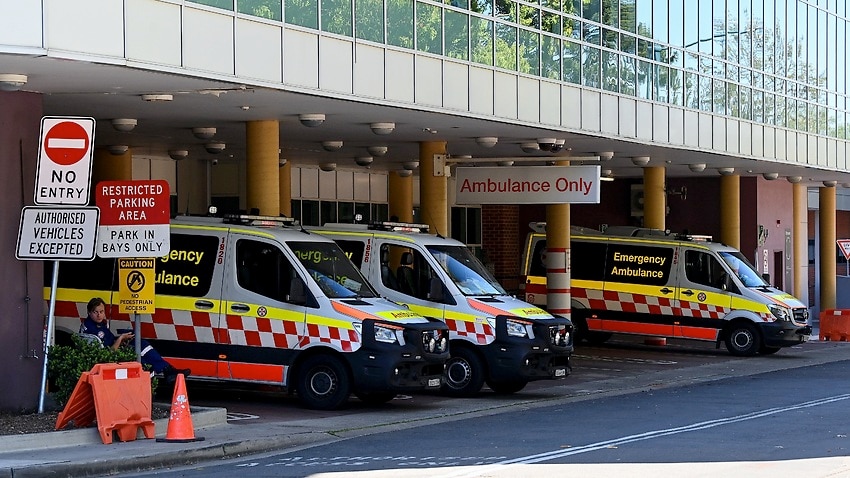 The AMA says funding models need to be improved to meet the demands of a growing and ageing population. Source: AAP

Public hospitals are caught in an unending cycle of crisis caused by a funding formula, which has failed to arrest a decline in performance over a decade, the Australian Medical Association says in a new report.

"Our hospitals are full - there simply aren't enough hospital beds or enough doctors and nurses - and tragic stories of deaths, deterioration and delayed care are becoming increasingly commonplace," the report says.

The AMA report, "Public hospitals: Cycle of crisis", was released on Friday and says a shortage of hospital beds, overcrowded emergency departments and longer waits for elective surgery are "risking the lives of all Australians".

It warns of dire consequences if all governments fail to act and says the hospital crisis was in full swing long before COVID-19 arrived.

"Hospital beds will increasingly be taken up by emergency admissions, doubling as a percentage of hospital beds by 2030-31, resulting in even longer waits for elective surgery such as cancer diagnostic procedures," the report says.

It says the funding arrangements underpinning the hospital system are not fit for purpose and fail to meet the demands of a growing and ageing population.

"The way to break free from the cycles of crisis is to change the way hospitals are funded - moving beyond just the focus on activity and volume to a partnership based on community demand and timeliness of treatment."

AMA president Omar Khorshid said the report had been sent to the prime minister and every state and territory leader as its findings required immediate action.

Read More
'We will open up': Premier commits to re-opening as Victoria posts a record 2,297 new COVID-19 cases

"Australians expect to receive treatment when they need it. They expect an ambulance to turn up when they call one, and they expect to be able to get into the hospital when they arrive," he said in a statement.

"At the moment, these expectations can't be met and that is a symptom of a public hospital system in crisis."

Dr Khorshid said repurposing resources in a constrained system by stopping one type of healthcare in favour of another will only lock the system into further cycles of crisis.

"We need a national partnership approach where federal and state and territory governments work together to implement structural reform to focus on public hospitals seeing people on time and providing quality care."

Dr Khorshid said the report puts forward a four-point plan of targeted reforms for additional funding to stem the crisis in public hospitals, funded through a new partnership between the Commonwealth and states and territories.