Austria has ordered a nationwide lockdown for unvaccinated people

Under current rules, unvaccinated are already banned from restaurants, hotels and cultural venues unless they can show they have recently recovered from the disease. 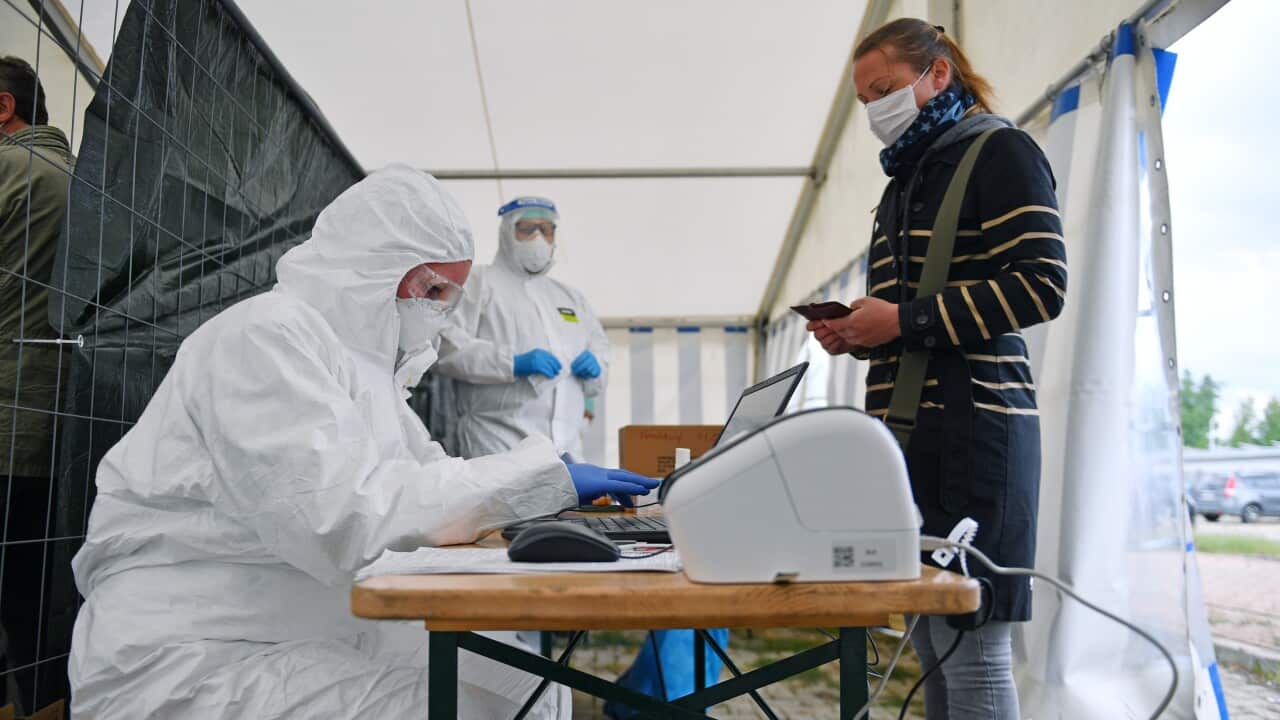 A file photo of a COVID-19 testing clinic in the German state of Saxony-Anhalt. Source: Getty

Austria has begun a lockdown for people not vaccinated against COVID-19, a first in the European Union as the country fights a record surge in cases.

About 65 per cent of Austria's almost nine million people are vaccinated, below the EU average of 67 per cent, while daily increases in infections have hit records this week.

Other European governments are also eyeing unpopular COVID-19 curbs, with the Netherlands opting for Western Europe's first partial lockdown of the winter.

Advertisement
Austria's lockdown means people over 12 who are neither vaccinated nor recently recovered will not be allowed to leave the house except for reasons such as buying essential supplies, exercise or seeking medical care.

"The situation is serious... We don't take this step with a light heart but unfortunately it is necessary," Chancellor Alexander Schallenberg told reporters in a televised press conference.

The lockdowns are to be enforced with random spot checks for the next 10 days with police patrols being stepped up. It will then be reviewed, according to the government.

Those who break the rules risk a fine up to $780; those who refuse to show proof that they are vaccinated or have recently recovered can be fined three times as much.

Mr Schallenberg called again on those who have not yet been vaccinated to get jabbed.

Hundreds gathered outside the chancellery for his announcement in a noisy protest, waving banners that read "No to mandatory vaccination" and "Our body, our freedom to decide".

"I'm here to set a sign. We must fight back now... We want to work, we want to help people, but we don't want to vaccinate ourselves because this is simply our decision," Sarah Hein, an unvaccinated 30-year-old hospital worker said.

The government on Friday announced vaccinations would become mandatory for health workers.

Under current rules, unvaccinated are already banned from restaurants, hotels and cultural venues unless they can show they have recently recovered from the disease.

"Healthy people are being locked up," another demonstrator said, declining to give her name.

Vienna is further toughening rules, requiring PCR tests on top of being vaccinated or recovered to attend events of more than 25 people or go to bars and restaurants in the evening.

Also from Monday, the capital is becoming the first region in the EU to offer jabs to children from the age of five to 11 at a vaccination centre.

Appointments were booked for more than 5,000 children when registration opened on Saturday, the city said.

The European Medicines Agency (EMA) has not yet issued an authorisation for any of the vaccines to be used for this age group though member states have the right to do so in a public health emergency.

So far, about 11,700 people infected with the coronavirus have died in Austria. Daily cases hit a record high of more than 13,000 new infections on Saturday.