Australia's financial institutions are bracing for the findings of Commissioner Kenneth Hayne’s final report, which will be made public on Monday.

The Royal Commission into Misconduct in the Banking, Superannuation and Financial Services Industry has uncovered countless examples of gross financial misconduct by the banks and financial institutions.

After almost a year of hearings and deliberations, on Monday the details of Commissioner Kenneth Hayne's final report will be made public. In his interim report in September, the Commissioner said two themes emerged during the hearings: dishonesty and greed.

Karen Cox, CEO of the Sydney-based Financial Rights Legal Centre, was one of the first witnesses called to give evidence last year and hopes the final report will provide a path forward.

"I think we certainly have one rule for people who steal from their employers or rob people on the street and another for people who do it behind the corporate wall who effectively have other people's money in their custody and help themselves to it,” Ms Cox told SBS.

The commission can't press charges itself, nor award compensation to victims. However, it can make recommendations to the Office of the Commonwealth Director of Public Prosecutions. Melbourne-based Baptist Minister Grant Stewart was one of the few members of the public chosen to give evidence.

His son, who has Down Syndrome, was sold a useless insurance policy over the phone when he was 26-years-old and it took countless phone calls for Mr Stewart to cancel the policy.

Mr Stewart said since giving evidence he's been contacted by dozens of parents and others worried about vulnerable loved ones being targeted by unsolicited phone calls.

"I think there are a number of things I'd like to see happen,” Mr Stewart said.

“One is the cessation of these outbound call centres that call people out of the blue and coerce them into accepting quite complex products over the phone that they don't really understand.

“Cold calling itself needs to be off the agenda in the future for people selling financial products like this."

Stern advice is expected to be given out regarding key financial regulators.

The Australian Securities and Investments Commission and the Australian Prudential Regulation Authority didn't fare well in Commissioner Hayne's interim report, where he criticised them for not being anywhere near tough enough on those who broke the rules.

A new body overseeing the two key financial regulators may be a recommendation.

"I think that we need to make sure that whatever changes are put in place go all the way to the top and they're not able to just be paid lip service to,” Ms Cox said.

Small business owners have expressed frustration during the royal commission about feeling powerless when dealing with big institutions. There were no outright recommendations in the interim report around small business protections.

Small business ombudsman Kate Carnell said many people are worried about the tightening of lending practices as a result of the commission.

"Hopefully the royal commission can give some confidence on the way forward for borrowing and for requirements on banks which will allow the banks to loosen up a bit to make it easier for small businesses to borrow that have the capacity to pay the loan back of course,” Ms Carnell told SBS.

“By the way if this doesn't happen we're going to end up with a credit squeeze in Australia and this could affect the whole economy, not just small businesses but all of us." 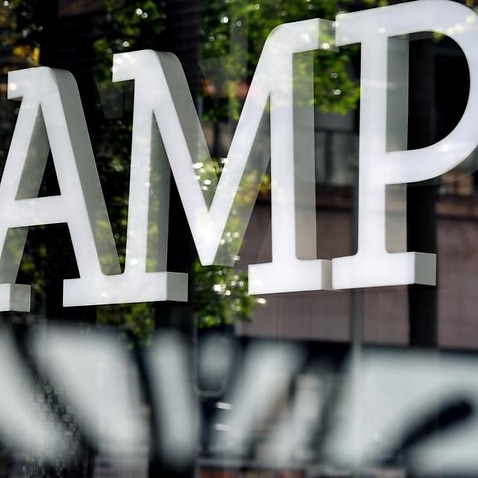 But consumer rights group Unhappy Banking is skeptical about such a credit squeeze, convinced the banks will use the royal commission as an excuse to not lend money, while an increasingly cashless society is changing the game altogether.

“[The banks] have never made so much money, look at the profits,” founder of Unhappy Banking, Geoff Shannon, told SBS.

“I hear that [the Commonwealth Bank] is going to announce over a $9 billion profit.  And we’re hearing all this credit squeeze, and lending has been restricted dramatically, but their profits are still on the rise, that’s because their profits are coming from another division now.”

Mr Shannon said he hopes the royal commission prompts change and that even more damning stories that haven’t come to the public’s attention yet come to light.