For people who use mobility aids, visiting Australia’s world-famous beaches is sometimes impossible. But there are moves being made to improve accessibility this summer.

Shane Hryhorec spent a lot of time at the beach before an accident in June 2007 left him with a broken neck and in need of a wheelchair.

But, he says, he hasn't let the fact his new form of transportation makes it difficult to use the sand and water in the same way as before, slow him down.

Mr Hryhorec is the founder of disability advocacy group Accessible Beaches and the director of equipment provider Push Mobility, two non-profits helping those who use mobility aids get out to Australia's beaches. 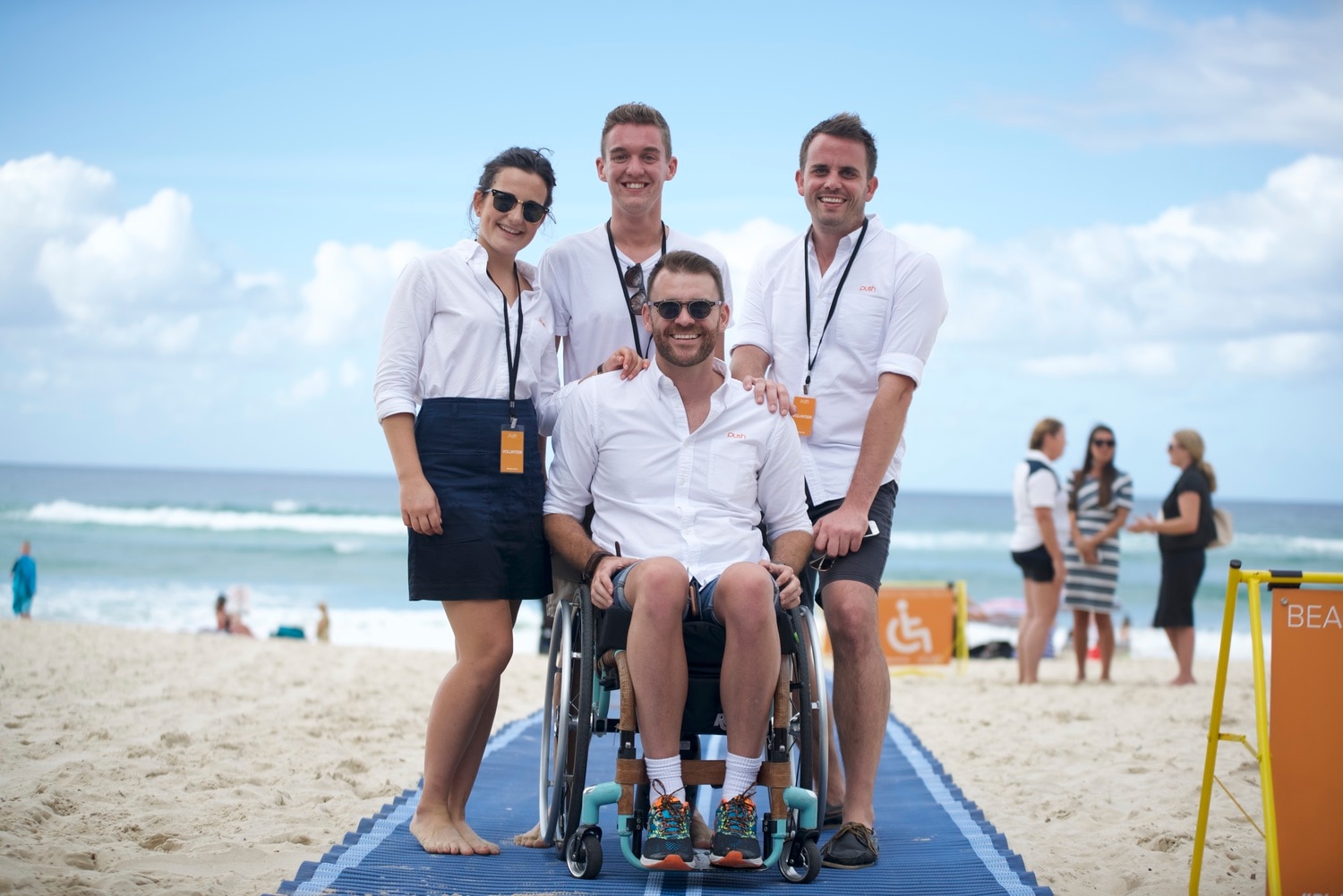 Shane Hryhorec (front) is the founder of Accessible Beaches and the director of Push Mobility.
Supplied

“When I realised that beach access for people with disabilities actually is possible, I started learning more about it started to try and roll out beach access around Australia." A man using a beach-friendly mobility aid enjoys his time in the water.
Accessible Beaches

Improving beach accessibility falls under the jurisdiction of local councils.

There are ways for people who use wheelchairs to adapt them for better beach use, but disability advocates say the high cost of doing so shouldn't fall onto them. Mr Hryhorec said councils who adapt their beaches usually find it hugely rewarding, but there are still too many other councils with catching up to do.

"Councils changing their beaches to make them inclusive is not hard work. But the satisfaction that comes from the council making it accessible, and the joy that comes from people with disabilities who can now use the beach, is all worth the effort,” he said.

“Every area that has beach access, all of a sudden, the community become extremely proud."

One beach looking to improve accessibility is one of Australia's most popular.

Estimates say around 20 per cent of that number live with a physical disability - meaning some 8,000 visitors on New Year’s Day can't use the beach to the same extent as their able-bodied counterparts. 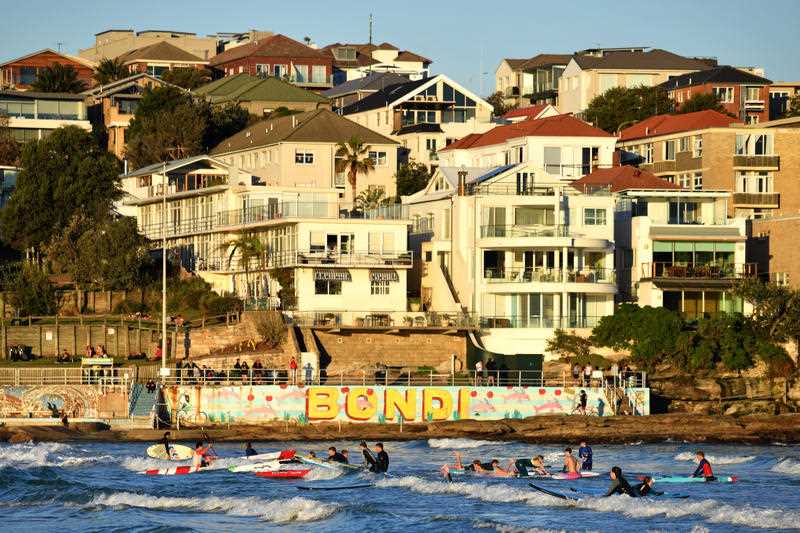 "Our plan is to get some accessible matting down onto the beach,” she said. “The ramps onto the beach are also very steep, so we are looking to work with the council to try and look at this getting changed."

Despite central Sydney having the largest population in Australia and one of the highest rates of tourism, its popular beaches are not always completely accessible. Wheelchair users unable to get onto the sand at Bondi Beach sit on the promenade.

Ms MacArthur said the local Waverley Council bought Bondi Beach 10 metres of matting and a handful of sand chairs in 2016. But she said community awareness of those amenities are poor, and the matting is rolled out only a few times a week.

"In the long term, we want to get permanent matting down on the beach,” she said. “Quite a few other beaches elsewhere around the country do have that, but Sydney doesn’t really have any truly accessible beaches at the moment."

Melbourne has the highest percentage of beaches in Australia with matting installed at all times.

But making beaches 100 per cent accessible extends far beyond matting. 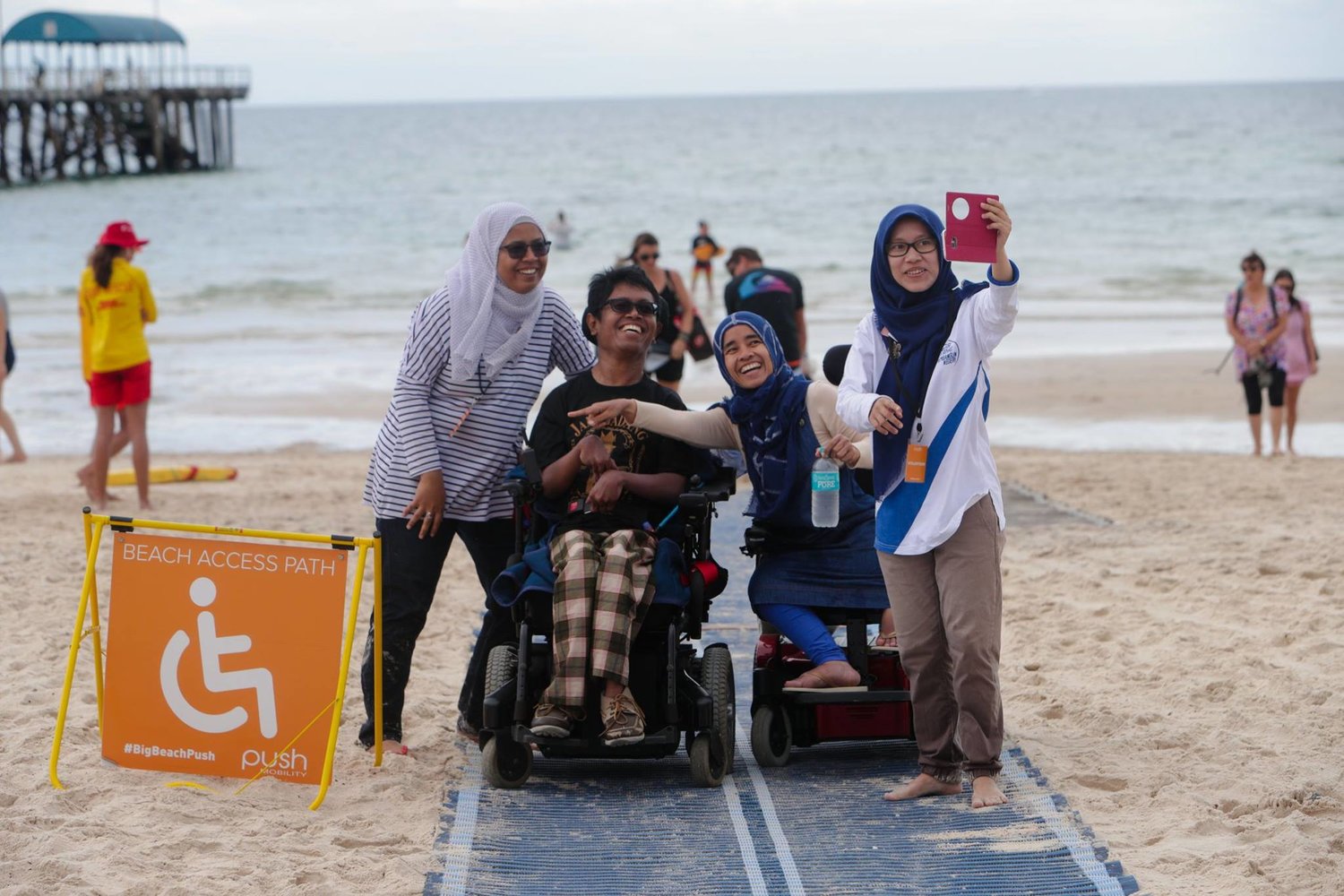 People making use of a beach mat, which allows wheelchair users to move freely across the sand.
Romola Hollywood, Director of Policy and Advocacy at People With Disabilities Australia says councils and surf lifesaving clubs must connect with the disability community on a more regular basis.

She said a lot of people are being excluded from merely spending the day at the beach with their families.

"People with disabilities have a right to access all kinds of parts of our everyday life and the beach is one really important aspect of Australian life that many people enjoy.” Willing & Able: Disability in the workforce

Australia has a growing number of beaches with various accessibility upgrades, and those without permanent upgrades are hosting individual accessible beach days.

But while more hard work lies ahead, Mr Hryhorec is optimistic things are improving and more people will likely be able to access Australian beaches this summer than ever before.

“I want inclusion for people with disabilities so they won’t have to sit in the car or stay home while their families go and enjoy the beach - they can all go do it together," he said.

For a list of accessible Australian beaches and services visit accessiblebeaches.com and pushmobility.com.au.