Australians affected by this summer's bushfires say Canberra's leadership tussles have overshadowed a day meant for those devastated by the unprecedented disaster.

Federal Parliament's first sitting day of the year was set aside to honour the victims of Australia's horror bushfire season, but some of those directly impacted say they've been disappointed by the priorities of some elected representatives.

Parliament resumed on Tuesday with both houses dedicating the entire day to the tragedy which has killed more than 30 people.

However, many of the headlines and talking points have been reserved for internal party divisions, with the Nationals leader Michael McCormack forced to fend off a challenge from former leader Barnaby Joyce. 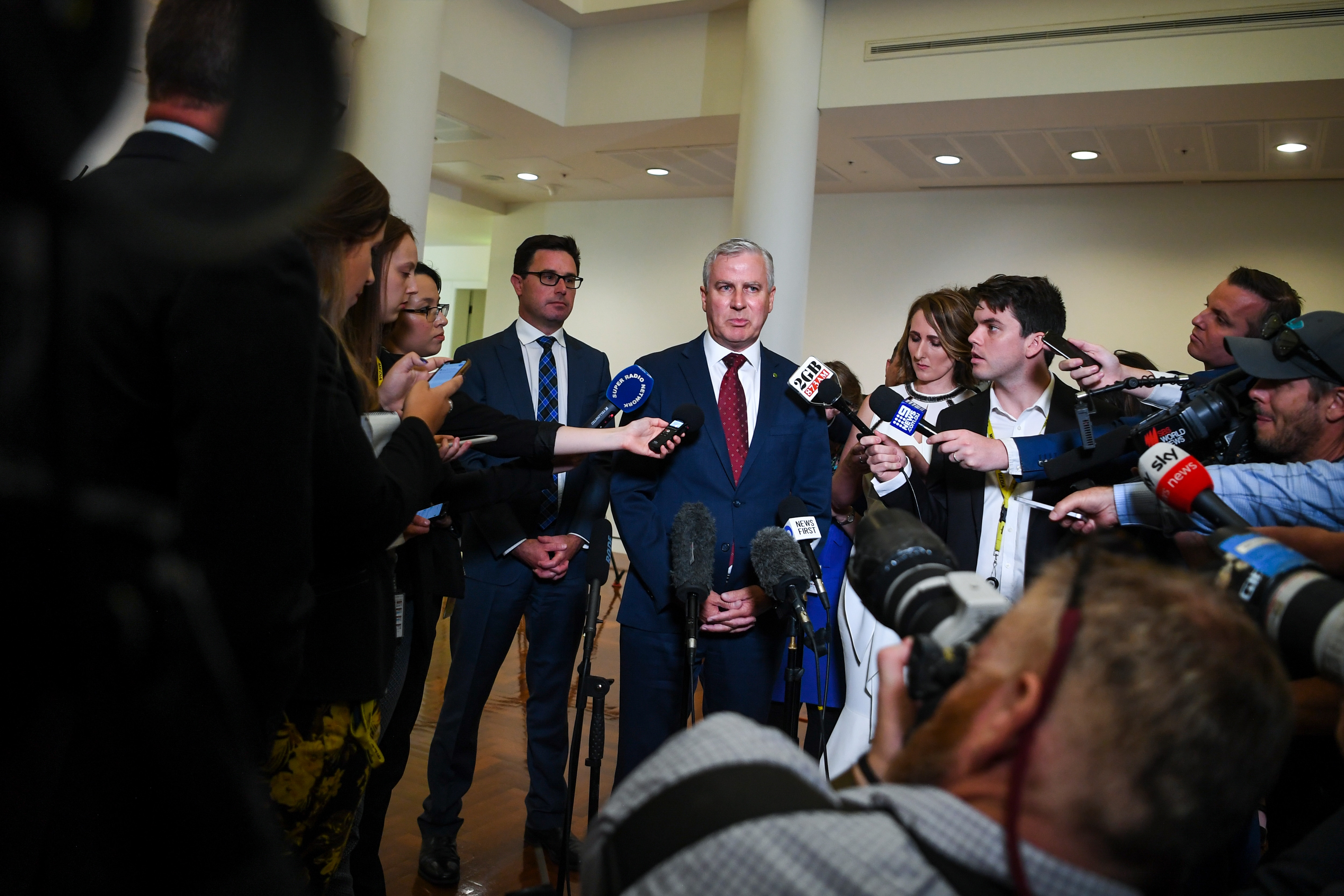 The Greens also elected a new leader in Adam Bandt following the sudden resignation of Richard Di Natale on Monday.

NSW Rural Fire Service group officer Peter Holding said they politicians had not lived up to their promise to focus on those Australians who lost it all during the disastrous fire season.

"They're not honouring the people who gave their lives for this fire season. To me it's just more of the same, politicians looking after their own backyard," he told SBS News.

Today is the first day back for the Australian parliament. It was set aside as a day to recognise, honour and morn bush fire victims, fire fighters and all those affected.

The Nationals have spent that morning fighting over their leadership.......#auspol

He said politicians should ensure their deaths have not been in vain.

"Start acting on climate change and making sure the fires don't get any worse and start impacting more people."

Mr Holding, who is from the Cunningar Brigade in southern NSW and is also a crop and sheep farmer, said a sense of climate inaction was causing serious anxiety.

"I don't think the federal government has done enough at any stage. When it comes to the state governments, they're doing what they can," he said.

"Going all the way back 20 years, (Professor Ross) Garnaut pointed out it was going to get worse. Yet of course when it happens they say 'what can you do?' They best get on and start working on it." Residents who lost their homes in the devastating conditions have also been left feeling dejected, with some accusing Canberra of forgetting the true purpose of Parliament's first day back.

Melinda Plesman travelled to the lawns of Parliament House in December to deliver the burnt-out remnants of her home which was gutted by fires in the northern rivers region of New South Wales.

Pollies have absolutely no idea ,they return to parliament in the wake of a bushfire disaster and the threat to public health from a virus and all the action is not about those urgent problems no it’s about the National party leadership,your a bloody disgrace!

"I'm disappointed, we really need to spend the time to reflect at the situation that has been absolutely catastrophic," she told SBS News.

"What happened to us at Nymboida was three months ago. In that time, so much has unfolded. I would've thought it would take precedent over the leadership debate." Melinda Plesman delivered her climate message to Canberra by scrawling it across the remains of her fire-ravaged home.
AAP

Ms Plesman concedes little has changed since her protest, maintaining there is plenty left to discuss at the highest levels.

"Not much happened after that really. Our prime minister went on holiday and I suppose he was ultimately shamed into coming home. Climate change has been debated since then...which is good."

First day of fed parliament after unprecedented bushfire catastrophe and half the politicians are completely absorbed in their own politics. Again.

Labor Wagga Wagga City councillor Vanessa Keenan has watched on with frustration after facing her own scare when the Dunns Road Fire in southern NSW came close.

"On New Year's Eve...we were on a farm surrounded by national park," she told SBS News. "We had to take shelter in a bunker and we ended up spending about three hours in there. At some point, there was absolutely a firestorm.

"The first morning back in Wagga I woke up in tears...I sat down and penned a letter to (Michael) McCormack. I found whilst I was sitting in that bunker my thoughts went to Michael McCormack and his lack of action and the federal government's inaction."

More than a month later, Cr Keenan said the newly re-elected Nationals leader has not responded to the open letter posted to social media.

'I want to begin with a simple apology'

The prime minister was quick to try and squash concerns over leadership talks, arguing the Coalition is committed to addressing what matters most to the electorate.

"I'm focused very much on the important business we have to do today in this Parliament, and to honour those who have given so much for their country and, in many cases, have lost everything." "I can assure every Australian the focus of the government will be, and continue to be, on the matters that are absolute priorities to them," he said.

"And can I say when it comes to regional and rural Australia, the government will continue to focus absolutely on the policies and the matters which are important to those people." Nationals MP Darren Chester (right) conceded the leadership spill was not the primary focus of rural and regional communities devastated by bushfires.
AAP

"I'm frustrated and I'm disappointed for the regional Australian people that send us here on their behalf that my colleagues right now are fighting amongst themselves."

"I want to begin with a simple apology to regional Australians on a day when the Parliament is debating a condolence motion on bushfires - that we would be talking about ourselves to me is quite abhorrent."