Chinese New Year is one of the busiest times of the year for Australian rock lobster fishers and abalone divers with demand from China at the highest it’s ever been.

Even before the sun is up, Ben McCulloch is out on the pristine waters of the NSW South Coast preparing his fishing boat for the long day ahead.

The 29-year-old lobster fisherman and owner of Narooma Bridge Seafoods has been busy hauling in hundreds of eastern rock lobsters over the past month to meet the insatiable appetite from China for his prized catch over the two-week-long Chinese New Year period.

"We employ more people over Chinese New Year just for packaging and drivers to drive to Sydney," Mr McCulloch says at his tanking facility in Narooma. Lobster is a popular delicacy during China's festive period and Australia has some of the best.

"Australia and New Zealand are the only places where they can get these types of lobsters," he tells SBS News.

It’s Mr McCulloch’s larger lobsters – those over one kilogram – that are most favoured.

“The bigger, the better. That's what they seem to like.”

And it's not just lobster fishers who've been busy over Chinese New Year.

Abalone divers have been working the coast too.

“The demand is very high. Chinese New Year is a key period in our abalone harvesting season; it's the point that kicks off our season,” says Stephen Bunney who’s worked as an abalone diver for 30 years in Narooma. 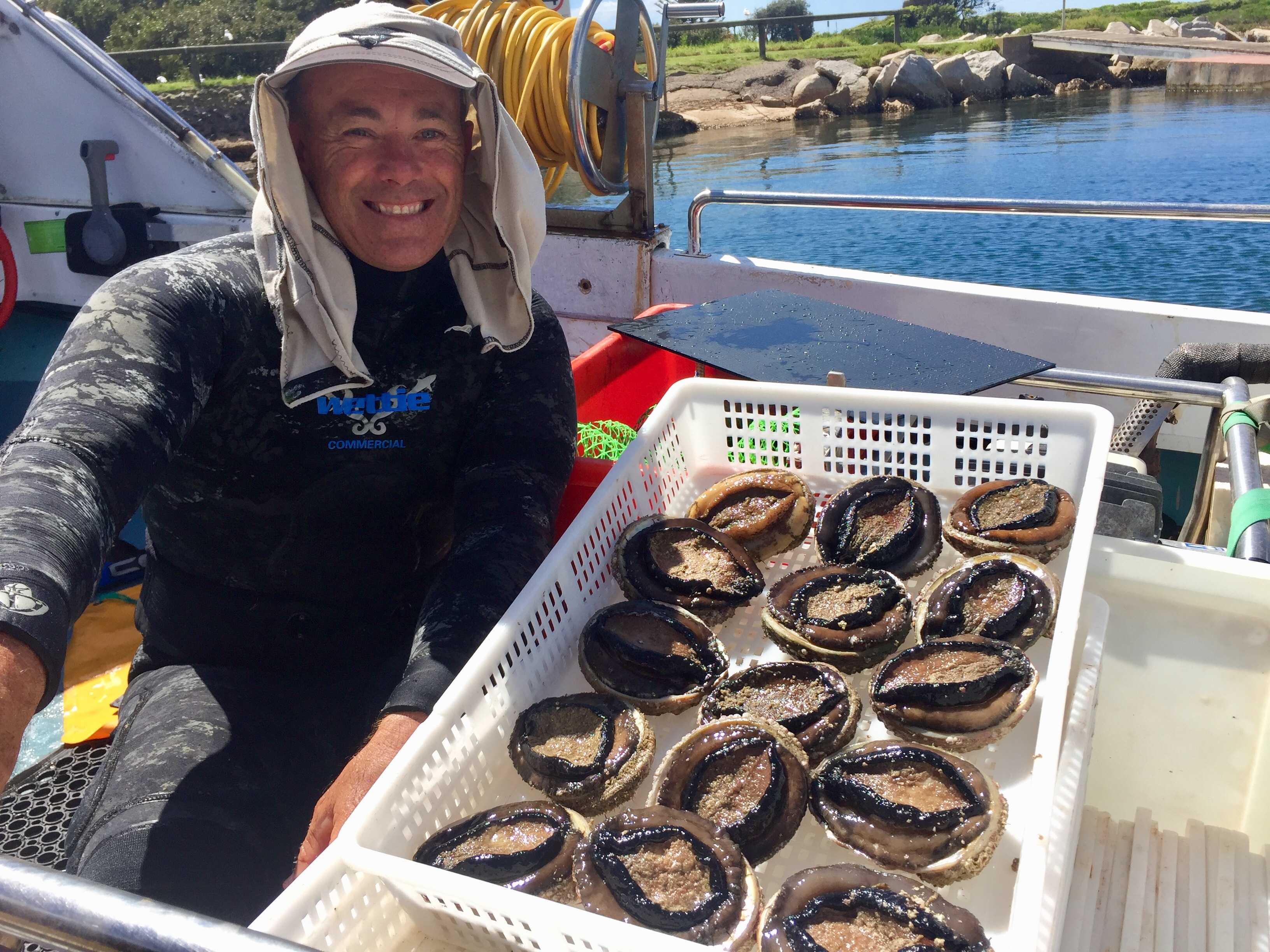 In China, abalone is associated with power and wealth, making it a speciality dish during Chinese celebrations.

"It’s really when beach price - the amount we get paid for our abalone - is at its highest," Mr Bunney says.

Weather conditions this summer have hampered his ability to go into the water every day but when it’s just right Mr Bunney slips on his black wetsuit and goes searching for blacklip abalone lining the reef.

For Australian seafood exporters, Chinese New Year is the most lucrative trading period.

At his warehouse in Bankstown in Sydney west, it’s all hands on deck.

Trucks loaded with crates of live lobster and abalone freshly caught from the south coast arrive daily to be unpacked and redistributed for export.

“In the beginning, we started shipping about 10, 20 tonnes of the eastern rock lobsters to China but in recent years we have hit as much as 80 tonnes of shipping to China so the volume has been increasing a fair bit,” says Mr Chan.

Over Chinese New Year alone, he’s shipped an estimated 30 tonnes of live lobster to China – all of which end up in restaurants in Shanghai, Beijing or Guangzhou.

He even provides door-to-door service, delivering direct to an individual’s home in China – the first company in the world to do so.

It takes just three days to transport the seafood from the ocean in Australia to a plate in China.

"Once the fisherman picks it from the sea, we go to the wharf to pick it up off them, bring it back to the warehouse where we tank it down and let it rest for about 24 hours.”

“Then bang, the next day we put it in a foam box and ship it straight away on an airplane to China."

“We get them pretty much as fast as we can fly someone there."

Australia is now exporting more lobster and abalone to China than ever before.

According to the Australian Bureau of Agricultural and Resource Economics, rock lobster exports to mainland China soared from 119 tonnes in 2015-16 to 5,412 tonnes two years later with a value of $468 million dollars.

Tom Cosentino from the Seafood Trade Advisory attributes the staggering increase to two main factors: the elimination of tariffs and the growing Chinese middle-class.

Prior to the China-Australia Free Trade Agreement in 2015, the tariff on Australian rock lobster exports was 15 per cent.

That was reduced to 3 per cent under ChAFTA and at the beginning of this year the tariff was eliminated entirely.

The overwhelming increase in the number of middle-class Chinese consumers has also bolstered seafood exports.

“Australian seafood is considered to be a luxury item and therefore that middle-class has an insatiable demand for things like rock lobster and abalone."