Opposition Leader Bill Shorten has disputed Treasury costings which say his policies will rake in $387 billion extra in taxes over the next 10 years.

Labor leader Bill Shorten says Treasury costings showing his tax plan will cost an extra $38.7 billion a year for the next decade are wrong.

"They're not correct," he told Nine's Today on Friday.

"The Liberals are lying about tax. I don't want to talk too much about it, that's just a bucket of lies."

The coalition released Treasury costings of Labor's combined tax policies on Thursday night, the day the election campaign was called. 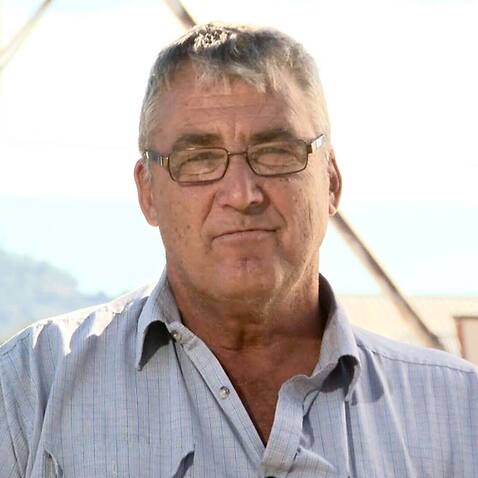 'Battle for the Bush': Who will Australia’s drought-stricken farmers vote for?

"Whatever Labor promises is funded on the back of $387 billion of new taxes on your income, your house, your savings and your super," Mr Frydenberg said.

The vast majority - $230 billion - comes from Labor's decision not to match the coalition's personal income tax cuts in 2022 and 2024. Bill Shorten spoke to workers at the Sydney market.
AAP

Mr Shorten says the government is running a campaign based on fear and negativity.

"Whenever Labor closes a loophole the Liberals call it a tax increase," he said.

Shadow treasurer Chris Bowen this week promised Labor would look at income tax relief in those years, depending on the state of the budget. Scott Morrison headed straight to western Sydney after announcing the election would be held on May 18.
AAP

"Given Treasury has said repeatedly they don't cost Labor's policies, someone's got some explaining to do," he tweeted on Thursday night.

The costings predicted Labor would raise an extra $57 billion by ending taxpayer-funded handouts for franking credit refunds, and $34 billion from changes to superannuation thresholds.

A further $31 billion would come from ending negative gearing on existing properties and changes to capital gains tax, and $27 billion from changes to family trusts.

"Bill Shorten's taxes not only stifle aspiration but they will also hurt the economy, costing jobs and putting at risk the essential services Australians rely on," Mr Frydenberg said.

The coalition has targeted a fight on tax as a way to attack Mr Shorten over the handling of the economy.

Mr Shorten launched his campaign in a backyard in Melbourne on Thursday, promising to improve health services and lift stagnant wages.

"We over complicate politics sometimes... what matters to millions of our fellow Australians is their family, and their health," he told reporters.

Labor's Bill Shorten will announce a $125 million commitment to the search for a cure to cancer if Labor wins the 18 May election.

Mr Shorten said 150,000 Australians will be diagnosed with cancer every year.

The high-vis is out on day 2 of Bill Shorten’s campaign @SBSNews #AusVotes2019 #auspol The OL visiting Sydney Markets pic.twitter.com/o4lPHGGip1

"That's why Labor will provide more investment in critical funding for our researchers," he said.

Mr Morrison has outlined economic management, border security and funding for essential services as key themes for his campaign.

After a national redrawing of seat boundaries, the coalition starts with a notional 73 seats (down from 74) with Labor on 72 (up from 69).