With vets forced to work shifts and choose between which animals receive treatment, one wildlife organisation says the care of injured native wildlife is being disrupted.

Morgan Philpott is a paediatric nurse who volunteers his medical skills to care for injured koalas. He currently has three recovering animals in enclosures at his home in Kurrajong, NSW.

“We don't really have any other animals in the world that are like our koalas,” he told SBS News.

“As a species, particularly in New South Wales and Queensland, they're in serious trouble and they need all the help that they can get.”

Mr Philpott, 47, has been caring for injured koalas for six years. One of his star survivors is a young female called Huntress who was found by the side of the road in East Kurrajong after bushfires swept through the Blue Mountains area. 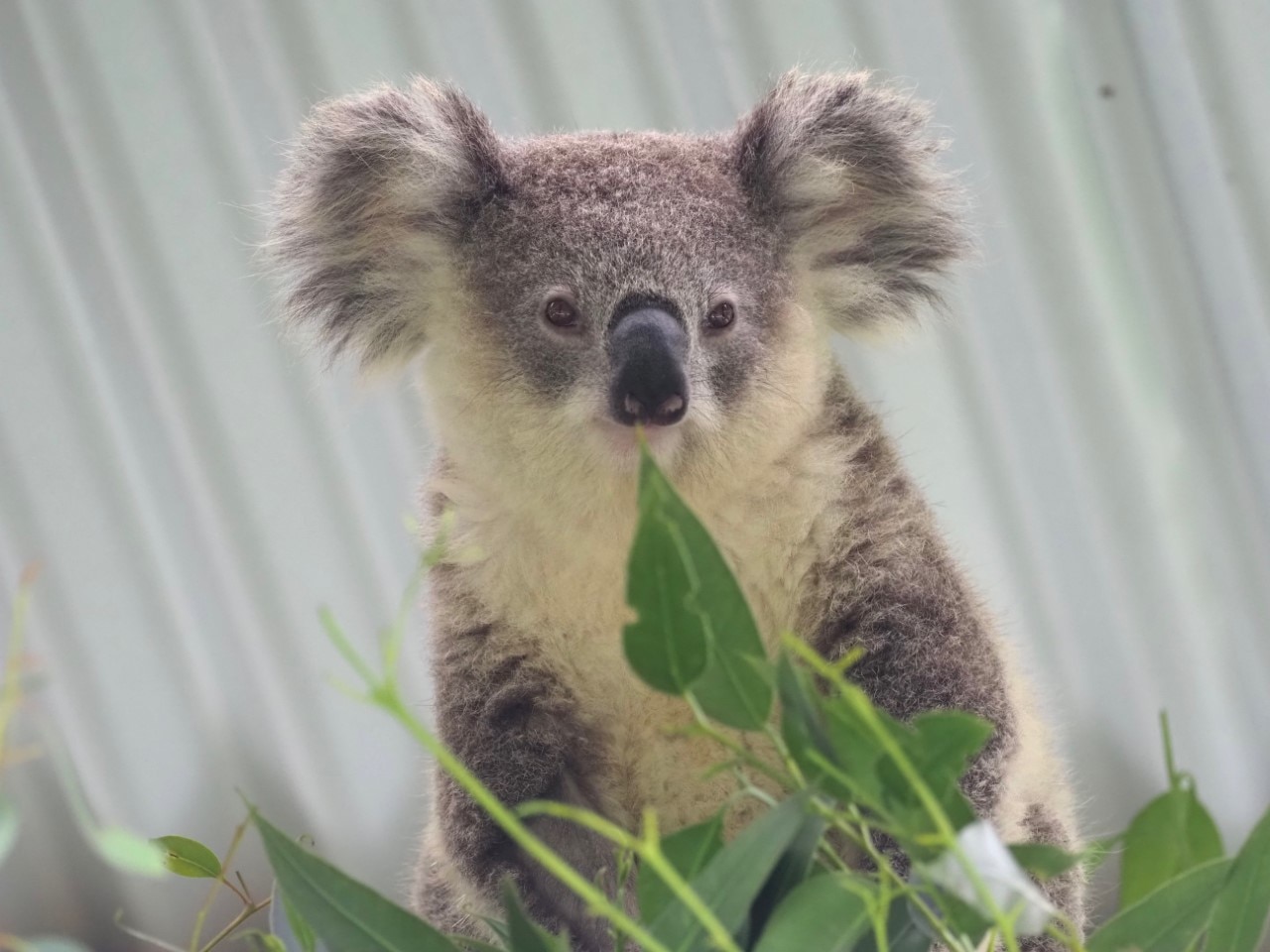 Huntress was injured in this summer's bushfires.
Supplied

“She was rescued by an off-duty police officer and was very sick. She was suffering from acute renal failure,” Mr Philpott said.

“The prognosis was very poor, and vets prepared me for the fact that she would probably die.

“[They said] 'if the bug that she's got doesn't kill her, the use of systemic antibiotics and koalas is always fraught with a lot of danger because it can also kill the gut flora of the koala, which is very unique and very specific'.”

Huntress was treated by vets at the Avian Reptile and Exotic Pet Hospital (AREPH) at Brownlow Hill, south-west of Sydney. It is Australia's only purpose-built exotic veterinary hospital.

But Huntress is one of the lucky koalas, treated before coronavirus spread in Australia. 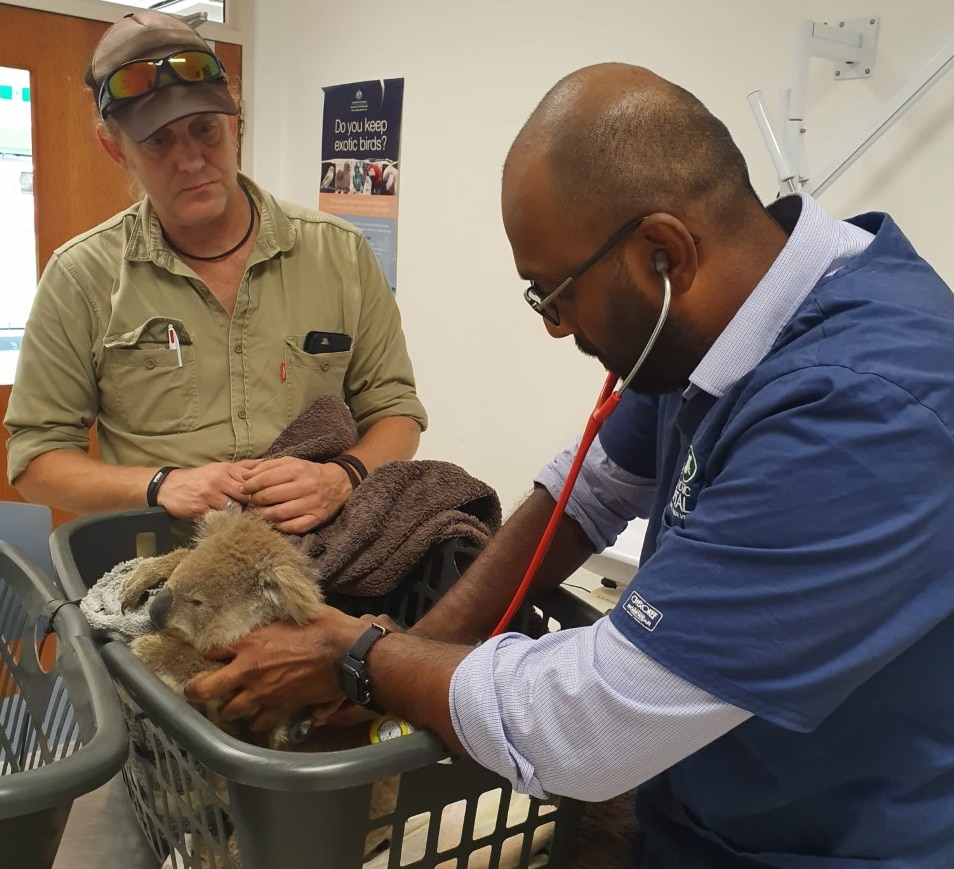 Precautions have now forced vets to choose which animals are admitted to surgery. Those considered too ill, and some non-urgent cases, are refused.

“We have split the team in two so that one team is working and another stays home doing paperwork,” said director of ARPEH, Associate Professor Lorenzo Crosta.

“We are [alternating shifts] in order to minimise the risk of contagious disease within the team. So, in case one group becomes infected, the other can still work.

“And so, it's limiting the number of cases that we can attend.” 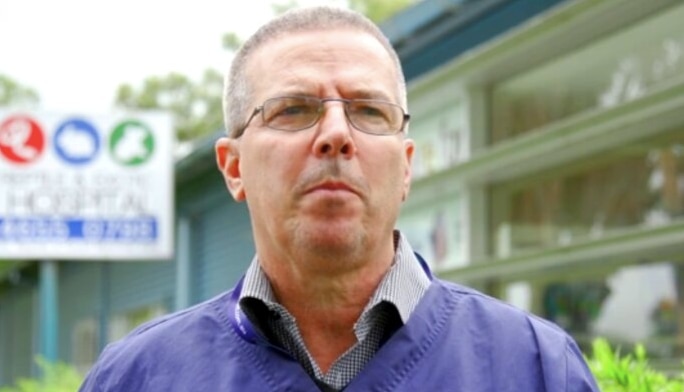 ARPEH is part of the University of Sydney School of Veterinary Sciences and trains young students to care for native wildlife. The facility also receives funding from the Australian Wildlife Rescue organisation WIRES.

During the bushfires, WIRES finding jumped from around $3 million annually to almost $80 million, as donations poured in from around the world.

“We are immensely grateful for the global support that has been shown for Australian wildlife so that WIRES can play a major role in recovery efforts going forward,” WIRES CEO Leanne Taylor said. Rejecting criticism that WIRES has disbursed the funding too slowly, Ms Taylor said millions have already been allocated to rescue efforts.

“We have established a grants program to support vets in their work around the bushfire recovery," she said.

“And in this first phase, we're edging towards $10 million allocated to wildlife efforts.”

“Under the Register of Environmental Organisations, WIRES is required to have a public gift board, which is an external board that approves all of the disbursement of donated income,” Ms Taylor said.

“The next phase we will move into is establishing and partnering with organisations to ensure recovery efforts and habitat [restoration] and long-term survival of the species.”

Back in Kurrajong, Huntress is being prepared to return to the wild after a long, slow recovery.

“When she is released, she will be fitted with a radio tracking collar. And then we'll go out and record all the relevant data around where she is, and what tree she's in,” Mr Philpott said.

He says he is doing all he can to support Australia's native wildlife and is grateful for the support from WIRES. Huntress will soon be released back into the wild.
SBS

“We seem to be getting more koalas every season in our particular area. So WIRES has provided me with another enclosure specifically for koalas and they're planning on building another one as well," he said.

“With recent fires and the appalling losses that they have suffered as a direct result of that, it’s to the point now where every individual animal is really important."

“We need to save every koala that we can, if they have any hope of continuing as a species, especially in those states where they are threatened and could very potentially [soon] be listed as endangered.” Australian conservation groups have this week renewed calls for koalas to be declared an endangered species, following WWF's calls for the animals' status to be updated from 'vulnerable'.

Almost half of Australia's koala population is believed to have perished during this summer's bushfires and new analysis found land clearing rates of koala habitats has significantly risen since 2012.

Environment Minister Sussan Ley said she had asked the Threatened Species Scientific Committee to consider "whether the status of the koala should be reassessed" following the bushfires.

A review of Australia's Environment Protection and Biodiversity Conservation laws is also underway.