Liberal MP Craig Kelly has taken issue with the National Australia Bank over its plans to wind back lending to thermal coal customers to effectively zero by 2035.

Liberal MP Craig Kelly has attacked the National Australia Bank over its plans to stop lending to thermal coal mining by 2035.

NAB's acting CEO Philip Chronican fronted a Parliamentary committee on Friday, where he defended the shakeup as a response to climate change.

But Mr Kelly argued the bank's decision to stop new financing and wind down existing lending would hurt workers in the sector.

The NAB plans to phase out its financing of thermal coal activity by 2035. Liberal MP @CraigKellyMP has taken issue with that. @SBSNews #auspol pic.twitter.com/07QeuZWfkD

The pro-coal conservative pressed Mr Chronican on what the decision would mean for communities reliant on the industry.

“What about the workers in those industries – if I am in a regional Queensland town that relies on coal mining. What do you say to those workers?" he said.

NAB's exposure to coal is about $760 million - with the figure set to be decreased to about half of this by 2028 and effectively zero by 2035.

Mr Chronican said the decision to limit lending to carbon-intensive projects was based on Australia’s commitment to the Paris climate agreement.

“It is not something that we’ve committed to – it is the government that committed to the Paris accord,” he said. 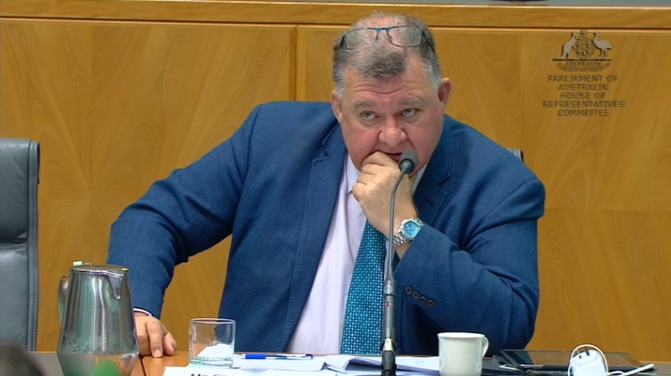 But Mr Kelly hit back citing “very adverse consequences” for people in regional towns reliant on companies having access to the financing.

"Isn't that likely to be the transition - a loss to the Australian economy and a loss to Australian jobs," he said.

Mr Chronican said the bank made decisions all the time that had consequences and it was obligated to factor in risks posed by climate change.

“As I said we are operating within a government framework on the Paris accord,” he said. 'Everything you are told is a lie': Craig Kelly hits out at climate strike students

The Federal government has pledged to reduce carbon emissions by 26 per cent to 28 per cent of 2030 levels under the Paris agreement.

Mr Chronican also denied questions from Craig Kelly that the bank had bowed to pressure from so-called activist groups.

“Are you getting pressure from activist groups to engage secondary boycotts against companies within the coal industry?” Mr Kelly asked.

“No I don’t think that is the case,” Mr Chronican said. 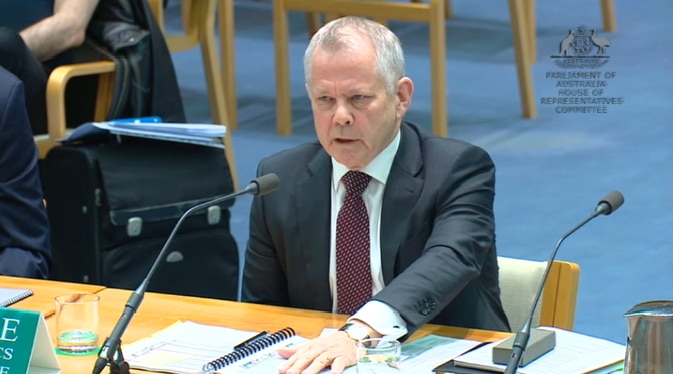 Mr Kelly asked Mr Chronican if it was "counterproductive" for one of the big four bank to take this stance in the face of "rising demand" for coal.

He pointed to a report from the International Energy Agency citing global energy needs meant renewable energy alone couldn't keep up with demand.

"How does Australian industry meet that demand if one of the four major bankers decides its not going to fund them?" Mr Kelly asked.

No date yet has been set for NAB to stop loans to the oil and gas industry.