Residents in Fiji sheltered in evacuation centres as Tropical Cyclone Tino took aim at the Pacific island nation on Friday.

"We have told them to be prepared, the Ministry of Education has shut down all schools, the evacuation centres are open as well. So everyone, they are aware that there's a system around," forecaster Stephen Meke told Radio New Zealand.

Tropical Cyclone Tino has caused some damages in Rotuma. This pictures from Noa'tau Community in Rotuma...@FijiOneNews pic.twitter.com/ibtDBzxv8P

Wind gusts of up to 130 kilometres per hour (81mph) were forecast with warnings of heavy rain, coastal flooding and flash flooding in low lying areas. 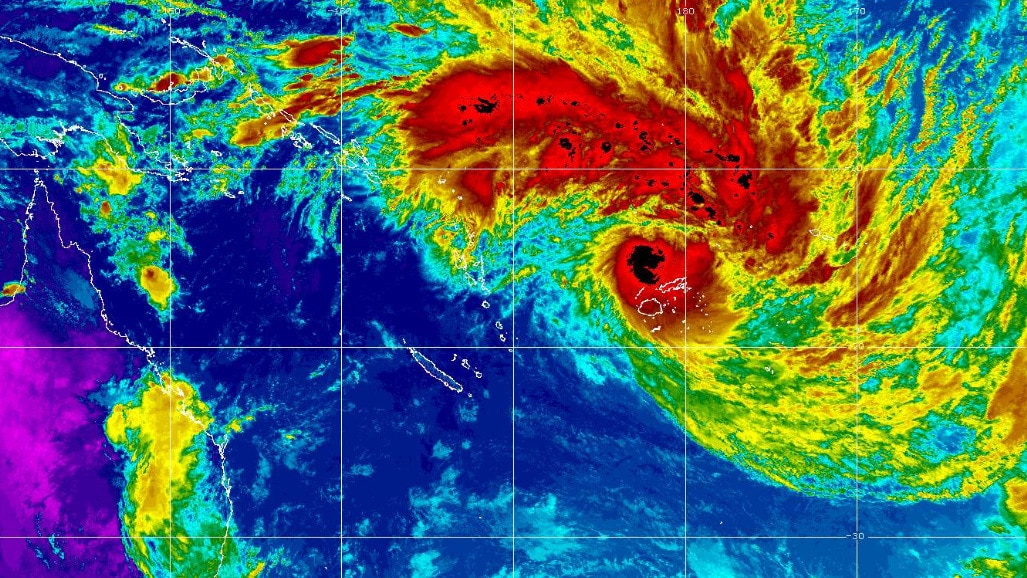 Fiji Airways said it has cancelled several regional fights while adjusting the times of some international services. 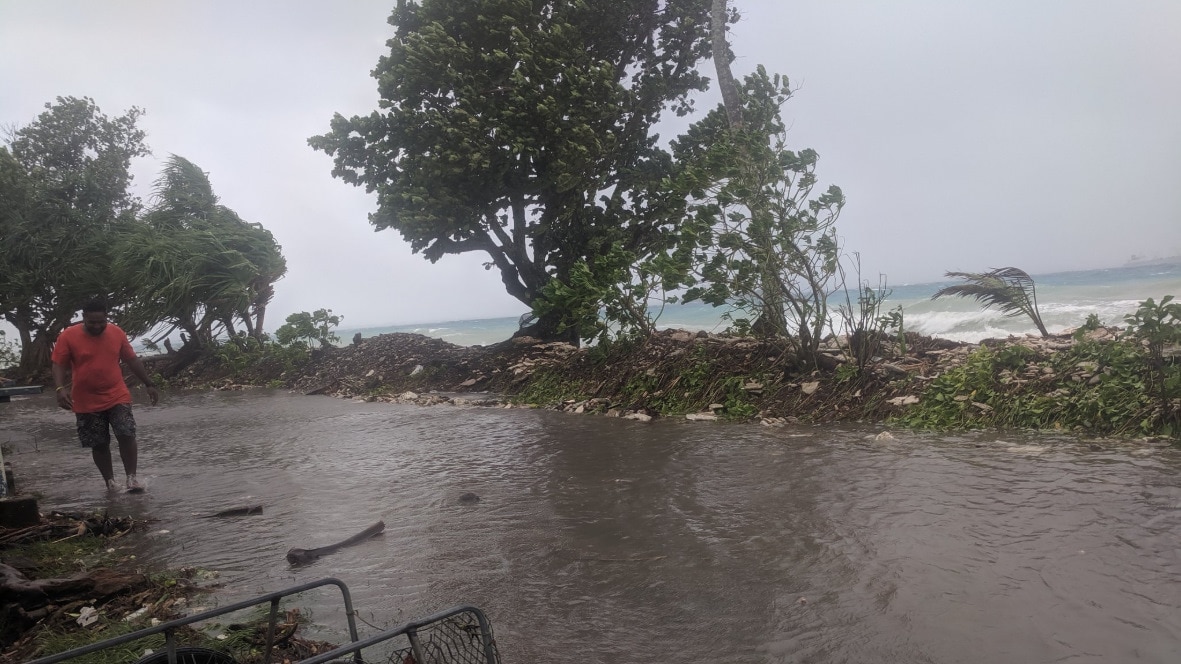 Strong winds and heavy has been forecast as the cyclone lashes Fiji.
Twitter/@TCAPforTu8

Although the Pacific islands are popular tourist destinations in summer it is also the cyclone season, and Fiji is being targeted for the second time in three weeks. A map charts the forecast path of the cyclone as it approaches Fiji.
Fiji Meteorological Service

Tropical Cyclone Tino, the first cylone in Tuvalu in 2020, now enforce. Storm surges plays on the reclaim land "QE II Park". The reclaim land reduces the risk of waves reaching ashore. Most of the road are blocked by big stones brought by waves ashore pic.twitter.com/Xp2xP16ZMA

On its present track, Tino would hit Tongatapu, the main island of neighbouring Tonga, on the weekend. 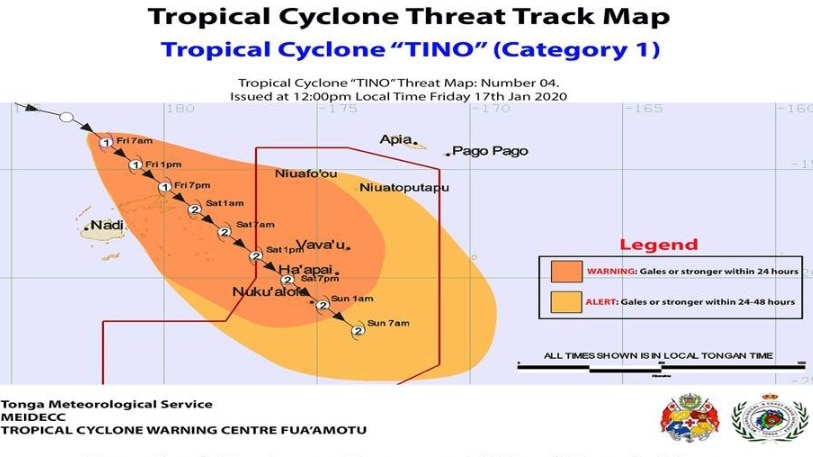 Tonga's main island, Tongatapu, is in the forecast pathway of the cyclone.
Tonga Meterological Service