With many dairy farmers under pressure due to the persistently low price of milk, the Queensland industry is launching its own campaign to encourage consumers to only buy milk sporting the 'Fair Go Dairy' label.

Frustrated and fed up, dairy farmer Joe Bradley walks on the dry, bare land of a dairy farm north of Brisbane.

It’s 35 degrees, the sun is scorching, and there hasn’t been any rain in months.

The fourth-generation farmer - who has been in the industry for more than 50 years - tells SBS News he’s watched it crumble in front of his eyes.

“But they’re not a failure, it’s just this bloody system ... we’re getting paid less for our milk than we were 20 years ago.” Mr Bradley says combined with the devastating drought in Queensland, the low price of milk has made it impossible for many farmers to survive.

More than three-quarters of the state’s dairy farmers have left the industry since the year 2000.

It’s taken a toll not only economically, but mentally on the farmers.

“It hasn’t been documented that much but the amount of suicides in the dairy industry throughout Australia is more than you’d want to believe. Trust me it’s bloody terrible,” Mr Bradley says.

On a normal day, Mr Bradley is out tending to his heifers or overseeing milk production, but today he’s in front of a camera, posing for photos.

He, alongside a group of Queensland dairy farmers, are shooting the ‘Fair Go Dairy’ campaign - a new state-funded initiative to help shoppers identify milk brands that pay farmers a fair price. 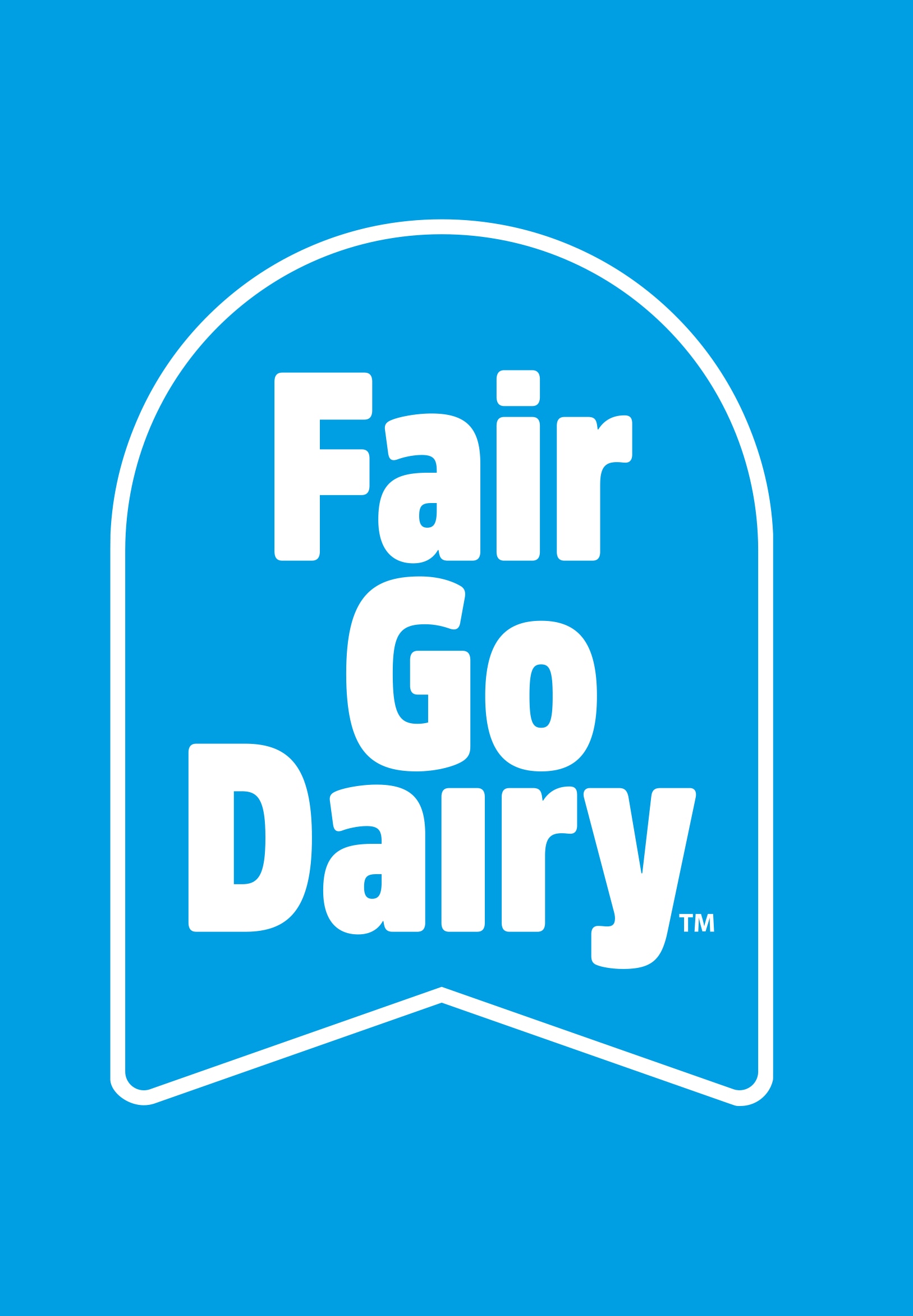 The logo will appear on dairy products from March.
Supplied

The campaign works like this: if a dairy brand or processor can verify it pays its farmers 73 cents a litre for milk -  which is considered the sustainable and fair farmgate price - they will be eligible to put a special logo on their product. Shoppers will then be able to look out for the logo, wherever they buy their milk.

Farmers including Mr Bradley have high hopes for the campaign.

“This is the last straw for us. If this fails now ... the drought has been terrible, it’s an absolute shocker, but it’s the straw that broke the camel’s back,” he says

The Queensland Dairyfarmers’ Organisation, which is behind the campaign, aims to give the power back to the consumer so that they know which brands are paying farmers a decent wage.

Its vice president Matthew Trace said the campaign “is about awareness for consumers who really want to do the right thing, and make dairying sustainable in Queensland”.

The campaign was due to roll out in Queensland on 26 January but has been postponed until March out of respect for the farmers' southern counterparts following the country's recent bushfires.

Two prominent dairy farmers, father and son Patrick and Robert Salway, died while protecting their property in Cobargo, NSW, in December, while many others have lost livestock, land, or their homes.

Mr Trace said the devastating impact of the bushfires makes this campaign all the more important, noting there are plans to go national by the end of the year. 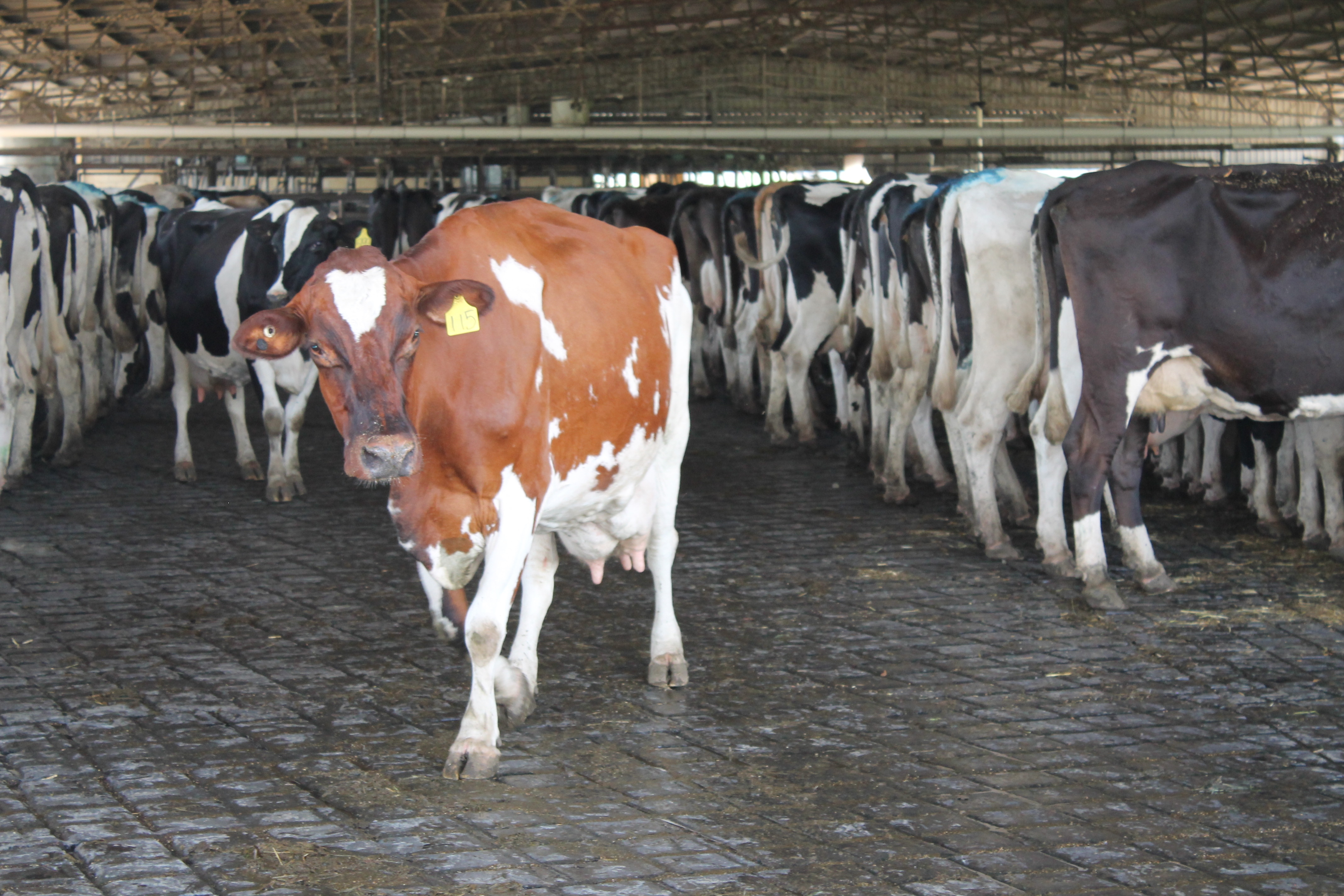 While the campaign’s main priority is bottled milk, any dairy product where the brand meets the guidelines can use the logo.

Small brands including Maleny Dairies have already pledged to get behind the campaign and will increase their pay for farmers to 73 cents per litre.

Maleny Dairies brand manager Misty Bland said customers have been calling out for something like this.

“We’ve had an overwhelming response on our social media platforms, customers showing their appreciation for what we do give back to our farmers, and how much we do actually appreciate the hard work these farmers do,” she said.

He has fought long and hard for better milk prices ever since supermarket giant Coles dropped the price of milk to just a dollar per litre in 2011.

While he said the campaign “probably won’t solve all our problems”, he knows the public is eager to help.

“We really appreciate the support from the general public, they realise the trouble we’re in, they’re happy to pay more, so if it’s got a Fair Go logo on the bottle, they know it’s a sustainable price.”

Alongside Mr Bradley and Mr Rozynski at the shoot are, hopefully, the next generation of dairy farmers.

Harper, 8, Mia, 10, and 12-year-old Amber Geritz pose in their gumboots and pigtails for the campaign which is hoped will help keep their family’s dairy farm viable. 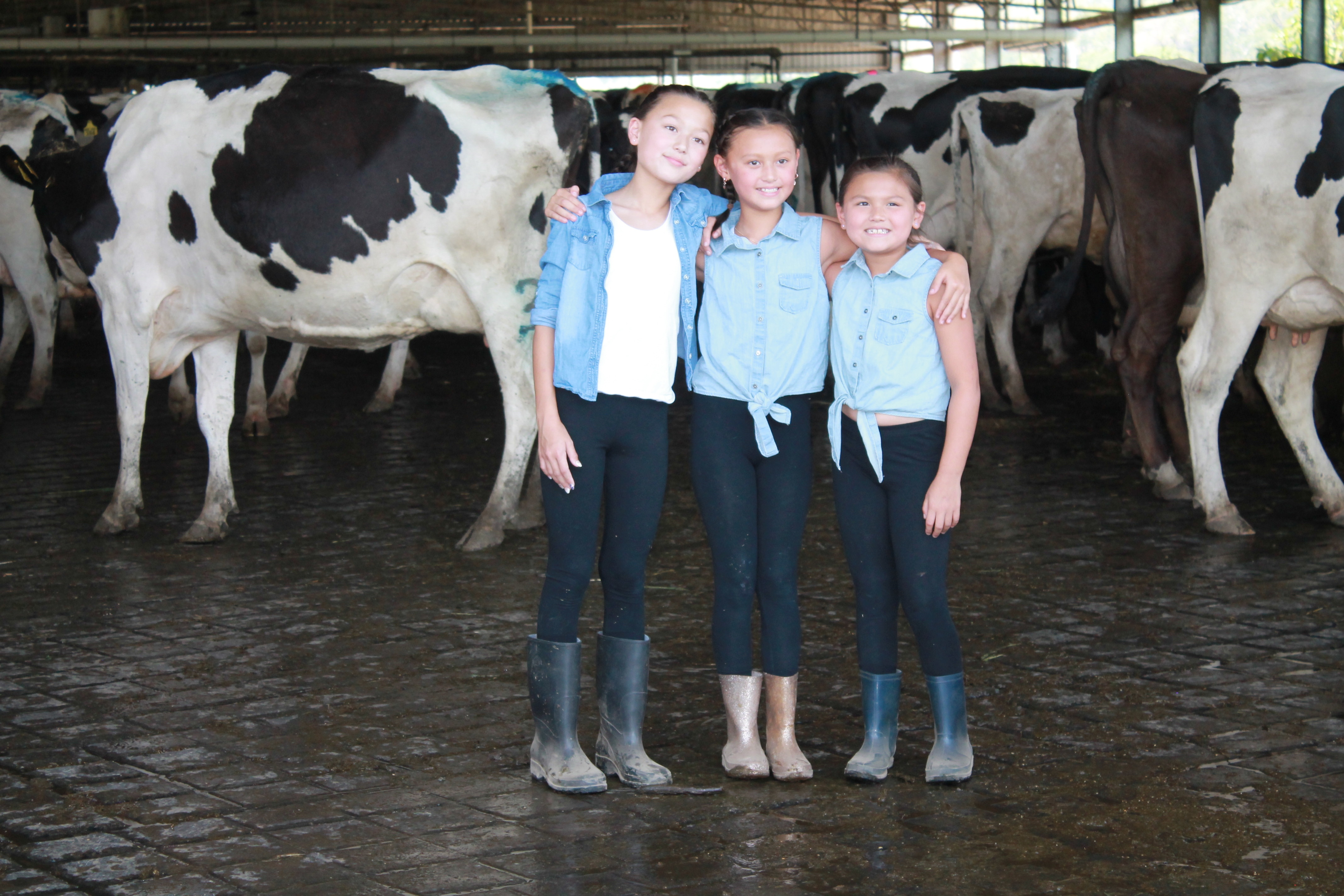 Mia said they deserve a better price for their milk because “we’re in a drought and it’s really hot and we deserve it”.

Harper added: “stuff is getting really expensive and they need to pay to feed the cows ... they work really hard.”

Readers seeking support can contact Lifeline crisis support on 13 11 14 and Suicide Call Back Service on 1300 659 467. More information is available at Beyond Blue.org.au and lifeline.org.au.