A body has been found in the rubble of a Paris bakery after a gas leak triggered an explosion, bringing the death toll to four as rescue operations continue.

Rescuers have found a body under the rubble of a bakery in Paris that was blown apart by a powerful explosion, bringing the overall death toll to four.

The blast on Saturday morning in the Rue de Trevise in the 9th arrondissement of north-central Paris also injured dozens of people. "As firemen were looking for a gas leak in the building, a dramatic explosion took place," Castaner said, adding that one of the firemen had been buried under debris for several hours.

Paris fire department spokesman Eric Moulin told reporters about 30 firefighters were at the site to search for other potential victims, amid a mountain of debris and wrecked cars.

Paris authorities said 12 neighbouring buildings that were damaged by the blast apparently as the result of a gas leak have been evacuated.

Temporary accommodation was provided for about 40 residents while dozens of others have been housed by family and friends. 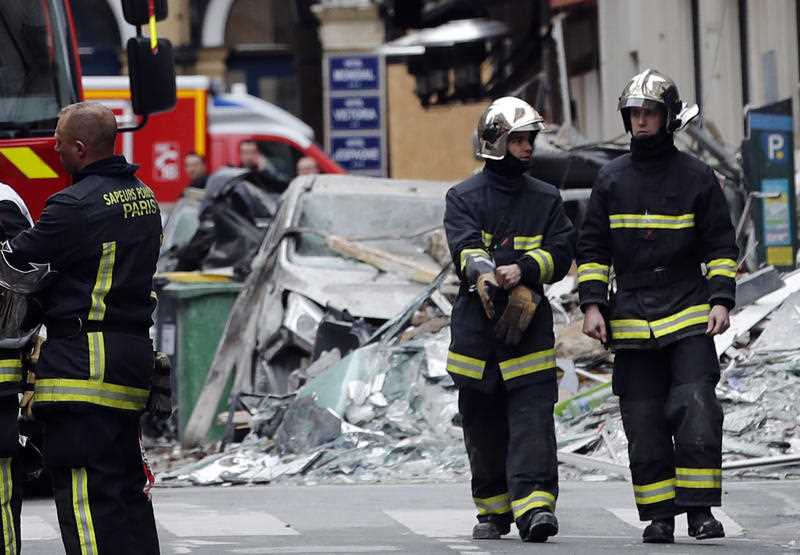 Firefighters stand on the scene of a gas leak explosion in Paris on Saturday.
AAP

The accident occurred as central Paris was under security lock-down for a ninth consecutive Saturday of "yellow vest" protests.

Ambulances struggled to access the blast area because of police barriers set up to contain any violence by yellow vest protesters.

An eyewitness at a hotel nearby said he saw flames envelop the ground floor of the building that was blown out by the blast. 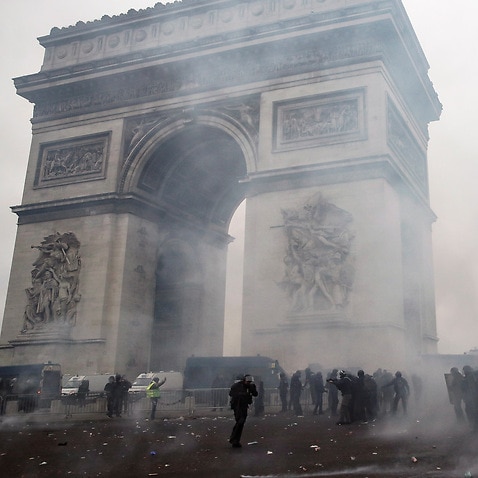 "There was broken glass everywhere, storefronts were blown out and windows were shattered up to the third and fourth floors," 38-year-old David Bangura said.

He said that as he approached the scene, a woman was crying for help from the first floor of a building, saying, "Help us, help us, we have a child."