ANALYSIS: The upcoming COP26 climate summit will feature more than 100 world leaders and it could be the last chance for the world to band together to combat irreversible climate change. 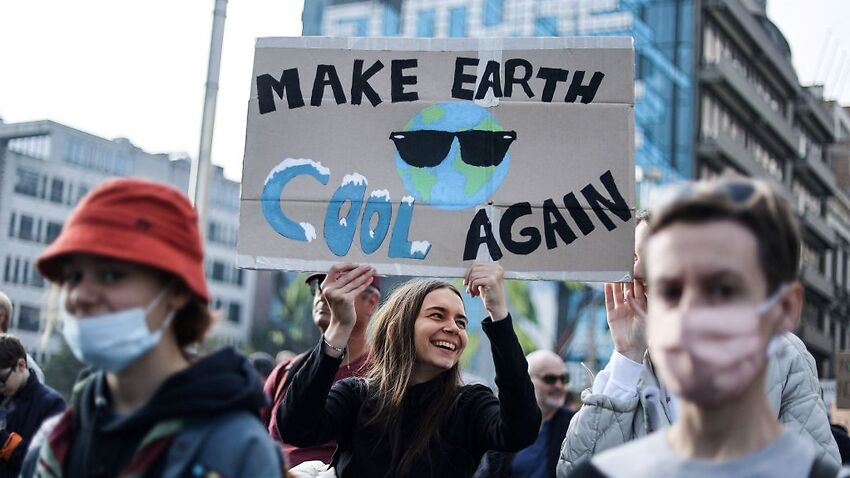 Protesters take part in a demonstration in Brussels ahead of the COP26 climate summit. Source: AFP

The COP26 global climate talks in Glasgow are just days away and may be the last chance to coordinate global efforts to stop the planet warming beyond 1.5C this century.

More than 100 world leaders will attend the summit to try to agree on the details of crucial issues, such as timetables to deliver on emissions reduction commitments. So which countries hold the cards?

The nature of these particular climate talks makes it less likely one or more states – regardless of their power or contribution to climate change – will determine the summit’s success. But this wasn’t always the case.

In 1997 Kyoto Protocol talks, all developed states needed to agree on targets, timeframes and what could be included or excluded from calculations. This meant Australia was able to hold the agreement to ransom by threatening to withhold support unless demands were met.

In 2009 talks in Copenhagen, the plan was to develop a new post-Kyoto Protocol agreement, based on new binding emissions targets. The reluctance of China, and even the United States, ultimately prevented a new agreement from being reached.

Organisers of the Paris talks of 2015 learnt their lesson. Rather than aim to agree on a fair allocation of responsibility across almost 200 countries, organisers allowed states to develop their own nationally determined contributions and targets for reducing emissions.

While the success of the Glasgow summit doesn’t depend on a consensus across all participating nations, there are three big reasons international cooperation is still crucial.

The COP26 summit serves as the default target date for nations to articulate new emissions reduction commitments since the Paris Agreement. States will also need to agree on the next deadline for updated national climate targets.

Secondly, it will determine commitments from wealthy countries to finance developing states’ transition away from greenhouse-intensive development like building new coal stations, and manage unavoidable effects of climate change such as more severe and frequent disasters.

Perhaps most fundamentally, the clock is ticking on an effective response to climate change, with serious doubts already over the feasibility of limiting climate change to 1.5C or even 2C: the goals of the Paris Agreement.

So, who are the key players this time around?

The US is the second-largest contributor to global greenhouse gas emissions. As the world’s largest economy, it plays a crucial role in influencing pricing signals relevant to greenhouse emissions, such as energy markets, and facilitating agreements on transferring resources from developed to developing countries.

Since stepping into office, Joe Biden's administration has demonstrated a significant commitment to international climate action, promising to cut emissions by 50 to 52 per cent from 2005 levels by 2030 and announcing a plan to double funds for developing countries – up to US$11 billion ($14.63 billion) by 2024.

The big question is less about its ambitions, which are on the table, and more about whether the US can convince others to do more. This clearly applies to countries reluctant to take stronger action like Australia, but also to countries where bilateral relations have been less friendly: principally China.

While we’ve seen promising signs with a commitment to net zero emissions and to no new coal-fired power stations abroad, we’ve also seen no new emissions reduction target since Paris and no confirmation President Xi Jinping will attend the summit.

Official sources suggest cooperation on climate action can’t be wholly separated from broader relations between states. This raises the prospect that China’s deteriorating relations with the US – over human rights, the South China Sea and Taiwan, for example – pose a key impediment to Chinese ambitions and, therefore, to global climate action.

For China, it’s arguably important not to be seen bowing to international pressure, which seriously complicates effective diplomacy from states eager to see strong action.

The UK is the host of the Glasgow talks, and host states always feel some sense of ownership over these summits. They also develop formal conference “priorities” that influence the focus of negotiations and criteria for their success.

We’ve seen the UK’s diplomatic efforts through its role in hosting recent international summits and consistently raising the issue in bilateral talks. It has also announced one of the world’s most ambitious climate targets: a 78% reduction of emissions from 1990 levels by 2035.

Given the recent mishandling of the COVID-19 crisis and Brexit, Prime Minister Boris Johnson will be under serious pressure at home to ensure the talks are a success.

Russia has been a belated and apparently grudging participant in the last two major international climate agreements. The Kyoto Protocol only entered into force when Russia eventually ratified the agreement in 2004 – some seven years after signing. Its ratification of the Paris Agreement was similarly belated.

Russia is one of the top five greenhouse gas emitters and the world’s largest oil producer. Russian President Vladimir Putin has consistently downplayed the risks of climate change, with Russia emerging as the most vocal opponent to discussing the security implications of climate change within the UN Security Council.

Read More
Vladimir Putin will not attend COP26 for Russia, one of the world's worst carbon emitters

But there are some positives in the lead up to Glasgow. Putin announced a new climate strategy in June, and enacted new climate laws in July. Meanwhile, reports suggest Moscow is considering both a net zero goal and a new emissions reduction target.

Arguably, Russia’s position will tell us much about the momentum behind international climate action.

As the world’s third-largest greenhouse emitter, India is a de facto leader of developing countries concerned about sustainable development and the costs of climate action.

We’ve seen no new targets from India since Paris in 2015, even given its commitment to invest in renewable energy since then. Most recently, we’ve seen Indian leaders focus on the importance of wealthy states funding any transition away from fossil fuels in the developing world.

Ultimately, the capacity to secure Indian support for key Glasgow initiatives will depend on whether developed states are willing to reach into their pockets to finance an energy transition.

Matt McDonald is an Associate Professor of International Relations at The University of Queensland. He has received funding from the Australian Research Council and the UK's Economic and Social Research Council.