Most men don’t ever use violence against a woman. But, according to a new study, some men are far more likely to use violence than others.

Men who adhere to rigid, sexist stereotypes of how to be a man are more likely to use and tolerate violence against women.

On the other hand, men with more flexible, gender-equitable ideas about manhood are more likely to treat women with respect. And promoting healthy, more flexible models of masculinity is an important way to end domestic and sexual violence.

While they may be familiar, these ideas have been backed up by a new report from domestic violence not-for-profit Our Watch, which reviewed Australian and international research on masculinity, citing 374 sources. Most men don’t ever use violence against a woman. But some men are far more likely to use violence than others. Consider this hypothetical scenario.

You’re a young heterosexual woman and you want a boyfriend. By happy coincidence, there are 100 men in the building next door, all single and heterosexual.

Which of those guys are most likely to treat you with respect and care and gender equity? And which, on the other hand, are more likely to abuse, control, and assault you?

Among those 100 men, a minority have used violence. Depending on the study, anywhere from 15 to 20 to 25 of those 100 men have raped or pressured a woman into sex.

What it means to be a man

Many factors can reliably predict the risk of perpetrating violence. One key set of factors is to do with masculinity, that is, the attitudes and behaviours stereotypically associated with being a man.

Longstanding ideals about manhood include ideas that men should be strong, forceful, and dominant in relationships and households. Men should be tough and in control, while women are lesser, or even malicious and dishonest.

Men who conform to these ideals are more likely to hit, abuse, coerce, and sexually harass women than men who see women as their equals.

And men who believe in sexual entitlement to women’s bodies or in rape myths are more likely than other men to rape women.

What’s more, men whose male peers tolerate or use violence are themselves more likely to do so.

A risk at the community level

But sexist models of manhood are also a risk at the community and societal levels. Societies characterised by male dominance and systemic gender inequality have higher levels of violence against women.

Domestic and sexual violence reflect surrounding social systems and structures, including gender inequalities at the levels of neighbourhoods and entire countries. For example, studies find gender-inequitable norms in communities in Tanzania and India go along with higher rates of partner violence against women.

And sexist masculinity not only causes the direct perpetration of violence against women, but also its perpetuation. 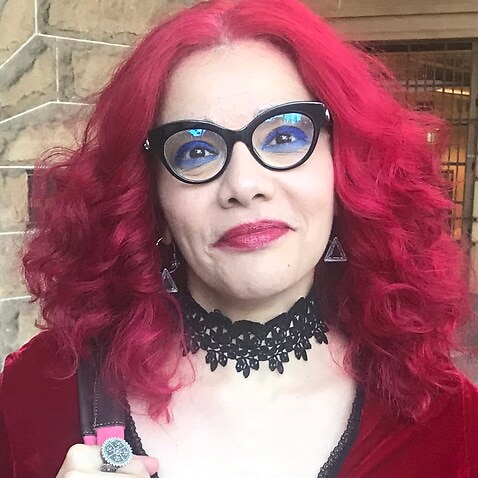 Most of those 100 men in the building next door have not used violence. But traditional ideals of masculinity make it more likely that some will blame a woman who has been raped, refrain from intervening in violence-supportive behaviours, turn a blind eye to other men’s sexual coercion, or laugh along with jokes which sustain social tolerance for rape.

Among those 100 men, many other factors, alongside gender, shape their likelihood of perpetrating violence. This includes their social circumstances, childhood experiences of violence, mental health, and so on.

There is widespread recognition that to prevent and reduce violence against women, we must engage men and boys in this work. We must redefine masculinity, promoting healthier, positive social expectations among men and boys. And men and boys themselves will benefit from such change.

Masculinity, the attitudes and behaviours associated with being male, is fundamentally social, that is, produced in society. The meanings attached to manhood and the social shape of men’s lives vary radically across history and cultures.

This means masculinity’s role in violence against women is social too, and it can be changed through prevention efforts addressing the sexist norms, practices, and structures of masculinity.

The good news from a rapidly increasing body of research is that well-designed interventions can make positive change.

Face-to-face education programs can improve men’s and boys’ attitudes and behaviours. Community campaigns can shift social norms. And policy and law reform on discrimination, work, and parenting can contribute to societal-level change in gender roles.

Prevention work must be gender-transformative, actively challenging sexist and unhealthy aspects of masculinity and gender roles. It must be done in partnership with women’s rights efforts. And it must reach far beyond work with a few “bad” men, to making change in masculine social norms, systemic gender inequalities, and other social injustices.

The report Men in Focus is produced by the national violence prevention organisation Our Watch. Dr Michael Flood has received funding from the Australia Research Council, Australian Primary Health Care Research Institute Foundation, and Victorian Government. However, no funding was received for the material featured in this article.