Frank Zumbo, who worked for federal MP Craig Kelly, has been charged with sexually touching four young women in the workplace between 2014 and 2020. 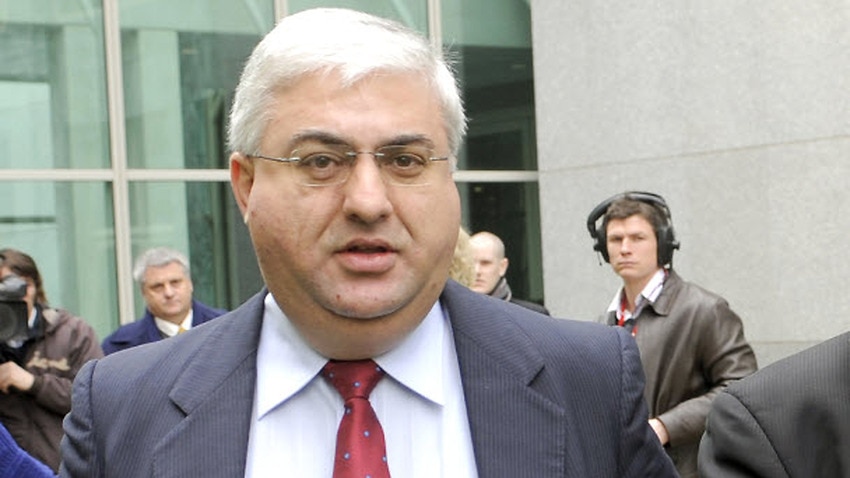 A former staffer for federal MP Craig Kelly is facing 18 criminal charges after four women accused him of inappropriately touching them at work.

A police investigation into Frank Zumbo's conduct was sparked in August 2020 when police received reports he indecently assaulted a teenage girl.

Other women then came forward to allege Mr Zumbo had indecently assaulted them too.

Mr Zumbo was office manager for Mr Kelly, a former Liberal MP who recently moved to the cross-bench.

Police will allege he sexually touched and indecently assaulted the girl and three women aged 23, 26 and 27 on multiple occasions at Mr Kelly's Sutherland electorate office between 2014 and 2020.

He was arrested at Sutherland Police Station shortly before 6pm on Friday.

Mr Kelly on Saturday said every citizen was entitled to the presumption of innocence and protection by the rule of law.

"I have spoken with Mr Zumbo and he advises that he categorically denies all accusations and he will vigorously defend the matter," Mr Kelly said.

He said Mr Zumbo was looking forward to the opportunity to clear his name in the courts after "12 months of innuendo and rumour".

Mr Kelly added that the complainants did not bring their accusations to him and he only learned of them in the media.

He has not been interviewed by police, he said.

Mr Zumbo will appear before Sutherland Local Court on 24 June.

His bail conditions prohibit him entering the grounds of educational institutions like schools and universities, and contacting prosecution witnesses.

The investigation is continuing, police say.