Treasurer Scott Morrison has delivered the 2017 Budget in Parliament. From citizenship to foreign aid and refugees, what does it mean for our place in the world?

Hundreds of people who arrived by boat will be cut off from welfare, Australian victims of terror overseas will receive compensation, and more than $300 million has been stripped from foreign aid under policies announced in the Budget.

Changes to the citizenship test announced in April will result in an estimated 20,000 fewer applications each year.

The government is still expecting 150,000 people to apply for citizenship in 2017-18, down from approximately 170,000 anticipated prior to the changes.

The overhaul of the citizenship test is expected to save $13 million over the forward estimates.

The Turnbull Government has decided to pause the yearly rises in Official Development Assistance – otherwise known as foreign aid - stripping more than $300 million from the program.

Indexation will be frozen in 2019 for two years, and will only continue from its stalled value.

The Coalition government has cut approximately $11 billion from foreign aid since coming to power.

Meanwhile, Australia’s foreign spy agency – ASIS – will get a funding boost, but the Treasury would not reveal how much for national security reasons.

Income support to be cut for onshore asylum seekers

More than 2,000 people who arrived in Australia by boat will be cut off from income support and rent assistance under a new Budget measure.

The Turnbull Government is moving to reduce the burden of rental assistance and income support for so-called ‘illegal maritime arrivals’ who arrived mostly under the previous Labor government currently living in the community.

Those who stop communicating with the Immigration department to try to resolve their visa status will lose their payments, but will still receive health support.

The reduction in payments is estimated to save the government nearly $50 million over the next five years.

The government is hoping the threat of cancellation of income payments will prompt this group to seek resolution of their asylum claims.

The federal government’s plan to expand Australia’s humanitarian intake and start its new Community Support Program is expected to produce a gain to the budget of $26.9 million over the forward estimates period.

The humanitarian program is to grow to 16,250 places this financial year and to 18,750 places in 2018-19. 1,000 of those places will be allocated to its new Community Support Program, which enables individuals, groups and businesses to sponsor refugees to Australia and support them during their first year in Australia.

The Turnbull Government will spend $185 million over the next four years improving the technology used to process visas and identify travellers at airports.

Around $60 million of that money will go to biometrics technology to enable mass storage and analysis of facial images and fingerprints.

The government says the upgrade will make it easier to identify people of interest to police, while allowing regular travellers to pass through more quickly.

Australia’s embassies in Afghanistan and Iraq will be given more than $200 million under new Budget measures which also imposes savings of $300 million from overseas development assistance.

The Baghdad embassy will be given $92.9 million while another $100 million will go towards aid in Iraq over the next three years.

The Kabul embassy will given $138 million over two years to ensure it maintains help with the conflict in Afghanistan. There’s also another $80 million to support the country’s self-reliance.

Assistance to Australian victims of terror

Australian victims of terrorism overseas will get access to $2.3 million set aside by the government in this year’s budget.

That will help Australian victims of terror incidents between 2001 and 2015 in Afghanistan, Pakistan, India, the Philippines, Tunisia and the Middle East.

The government will also recognise victims of the December 2016 terror attack in Berlin and the March 2017 attack near Westminster in London.

An additional $21.2 million in 2017-18 will be provided to continue Australia’s regional processing and resettlement arrangements, including the closure of the Manus Island facility in Papua New Guinea, and processing in Nauru.

$52.6 million will be provided to continue support of the Regional Cooperation Arrangements in Indonesia, which assists regional partners to manage asylum seeker populations in their countries.

$37.7 million in 2017-18 has been set aside for Australia’s hosting of the Association of South East Asian Nations (ASEAN) Australia’s Leaders Summit in 2018. This will go towards the organisational costs and cost of logistics to host the event. 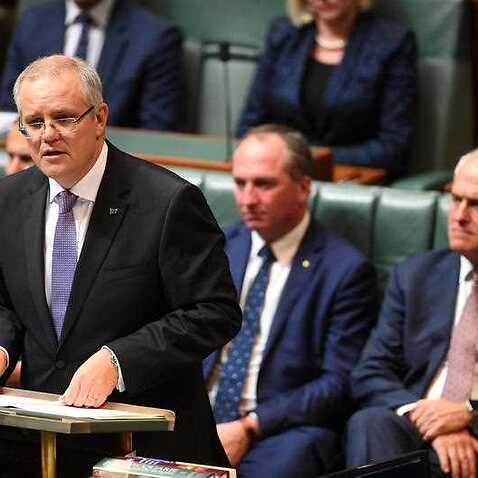