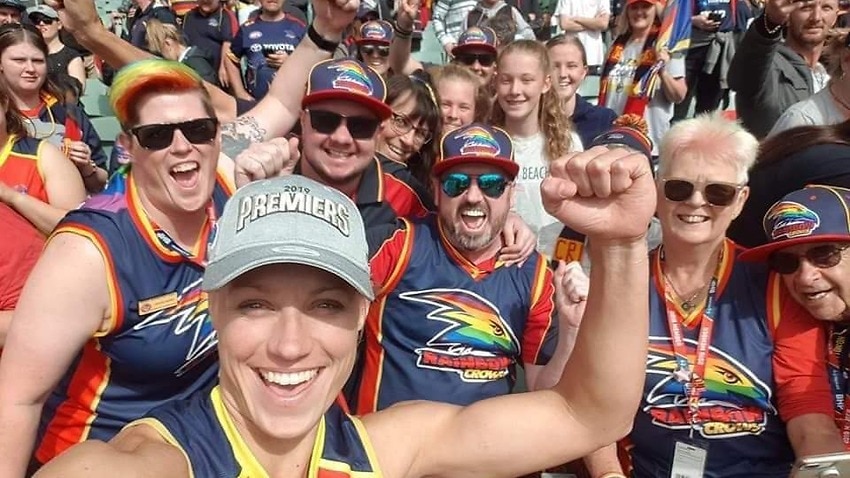 Rainbow Crows members gathered together for the first time in months to watch a match in an Adelaide pub a few weekends ago Source: Supplied

Players run through the pride banner during the Round 3, 2020 AFLW match between the Western Bulldogs and Carlton. Source: AAP

Sydney and St Kilda players during the 2017 Pride Game at the SCG. Source: AAP