This week marks the 70th anniversary of the Snowy Hydro scheme. Widely regarded as one of the country’s greatest engineering projects, it also formed an instrumental part of Australia’s multicultural history.

For 88-year-old Dieter Amelung, reminiscing on his career with the Snowy Hydro electricity scheme is an honour.

“I'm very proud to be part of it ... I tell everybody about the Snowy and I think my family's very proud of that too,” he tells SBS News. 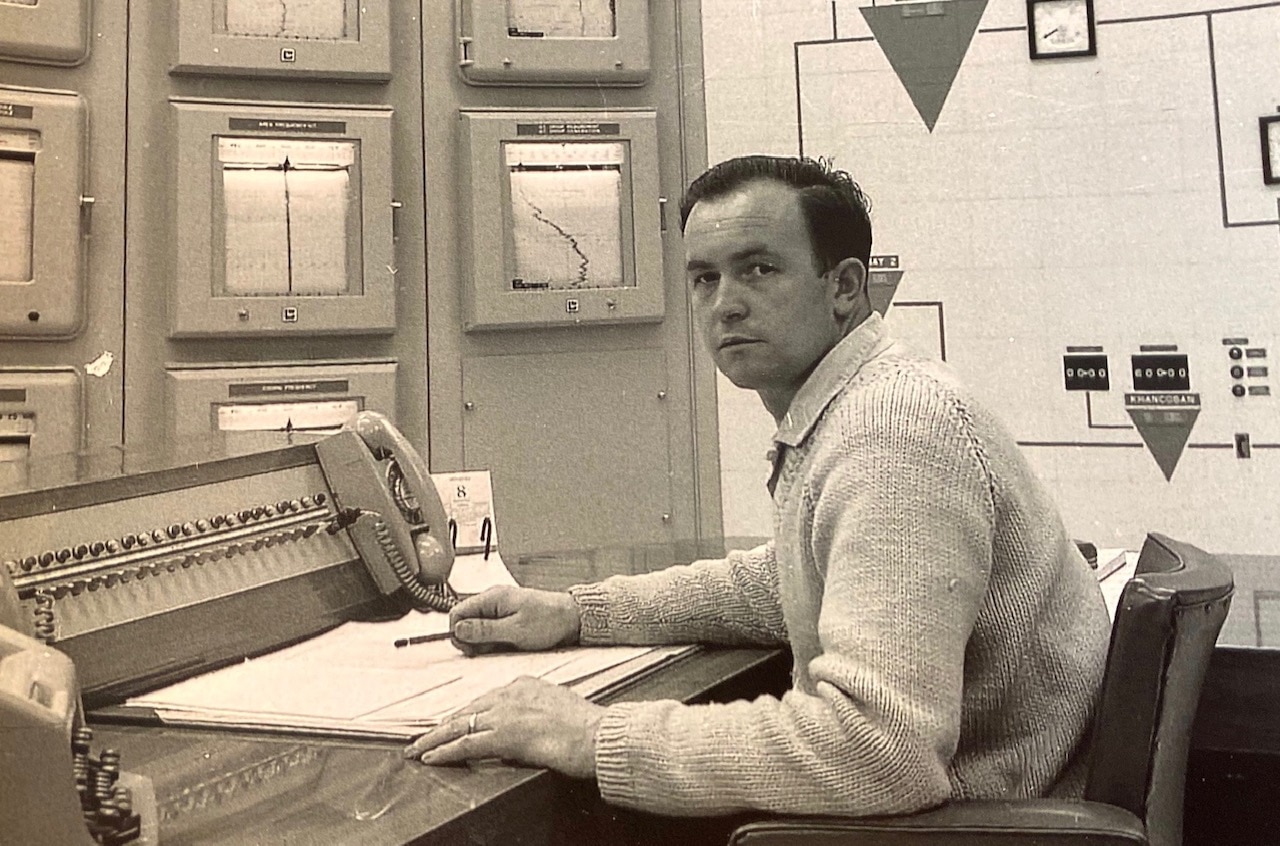 Mr Amelung migrated to Australia from East Germany in 1953.

“I lived through the war, that was tough enough with the bombing and so on. But after the war it was probably the worst time of my life,” he said.

"We wanted work because we'd been sitting on a ship for six weeks and we'd never had a holiday in our lives that long. We wanted to work and we said we'd take any work.” 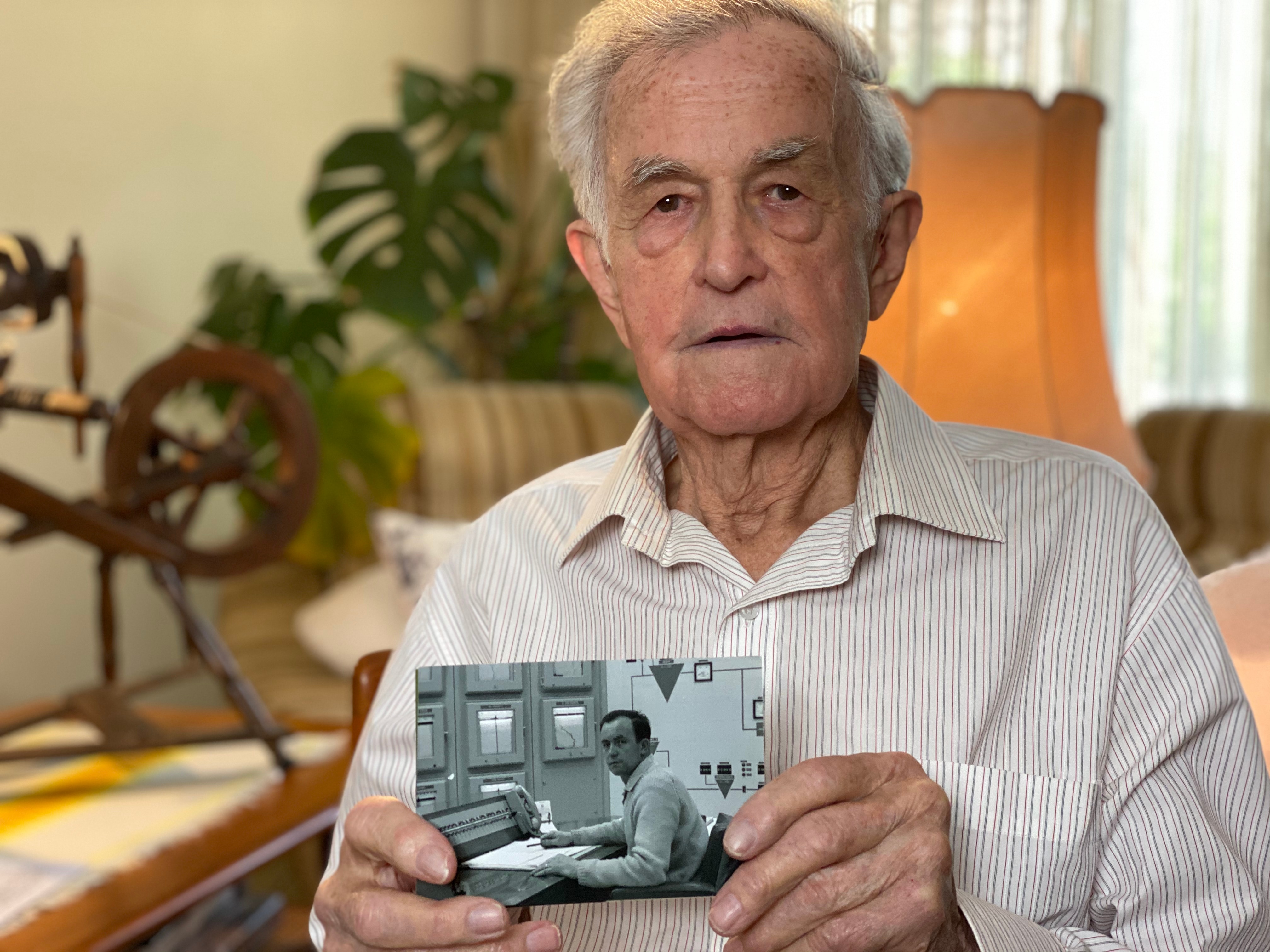 Mr Amelung was employed by the scheme for more than three decades.
SBS News

At the age of 24, he took a job as an electrical assistant on the hydro electric scheme in NSW's Snowy Mountains.

Dams, power stations and tunnels were constructed so water from the Snowy River could be used to provide power and irrigation.

On 17 October 1949, then prime minister Ben Chifley watched then governor-general Sir William McKell set off the first blast of the project, which would take 25 years to complete and cost $820 million.

Widely regarded as one of the country’s greatest engineering projects, it also formed an instrumental part of Australia’s rich multicultural history.

About 100,000 people - almost two-thirds of them migrants and many who fled Europe in a post-war era - worked on the scheme. Many with engineering or construction skills, as well as experience in working alpine conditions, were recruited.

SBS podcast: Remembering the role of the Germans in the Snowy Mountains scheme

Mr Amelung went on to become hydro power station operator and his career with the scheme spanned three decades.

"People who I met, they were from all over Europe, involved in the war in one way or another," he says.

"Many of them soldiers who were shooting at each other many years before.

"And we became good friends, there was no animosity and we all worked hard."

Among them was Joseph Plibersek, who worked on the Snowy Hydro for two years after he left Slovenia in 1954. 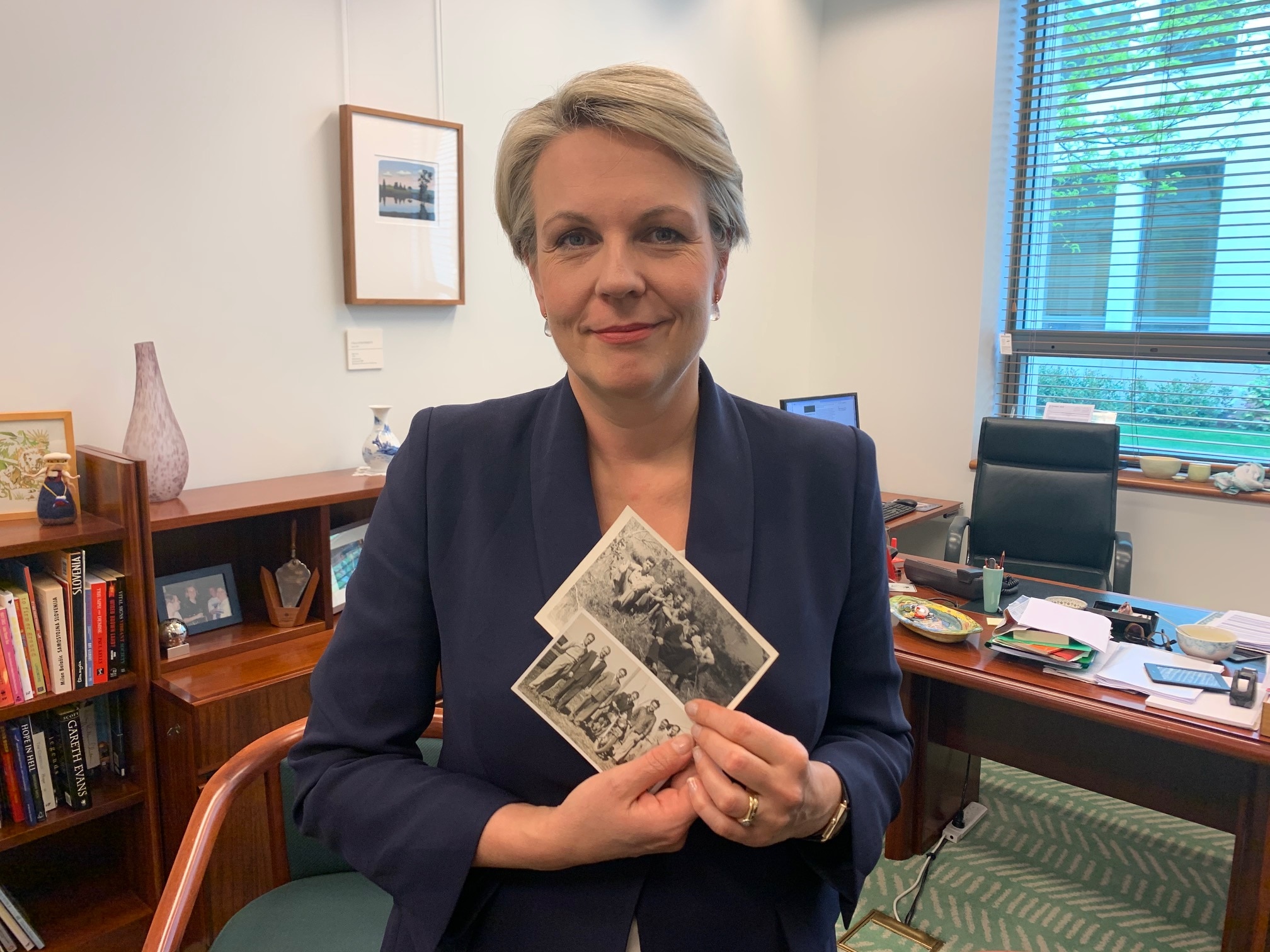 “It gave new migrants to Australia a real sense of connection and pride about the new country they were helping to build.”

The Labor frontbencher said despite the harsh conditions for thousands of workers, for many like her father, it did not compare to the life they left behind. 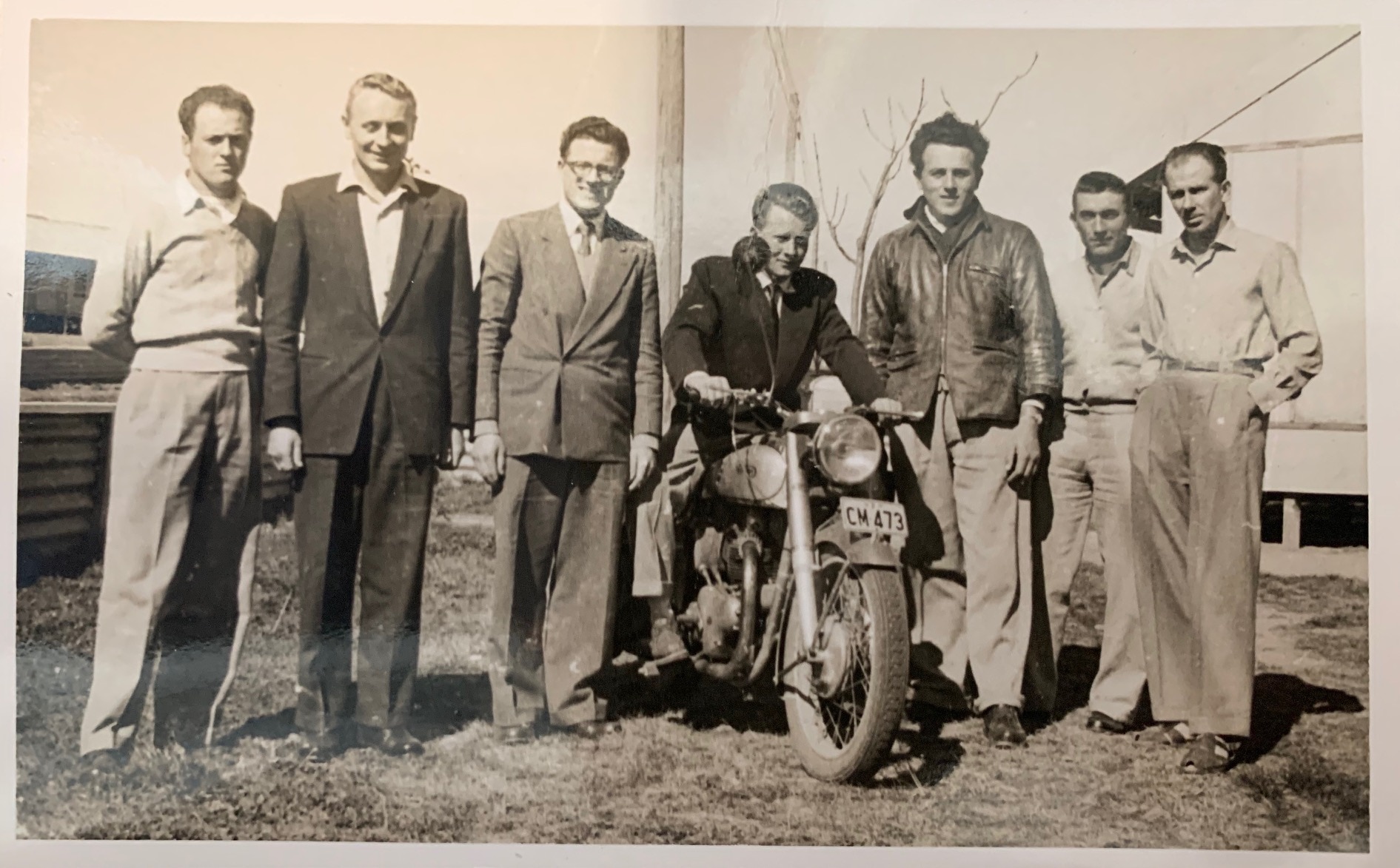 Joseph Plibersek, second from the left, with colleagues.
Supplied

“For him, despite the hard work, camping in the snow working six days a week, it was a luxury. He described it as 'paradise' for him,” she said.

“It was around me growing up, it was a quintessential part of my upbringing to focus on the Snowy… Indeed my grandfather and grandmother took me around the scheme when I was young,” Mr Taylor said. 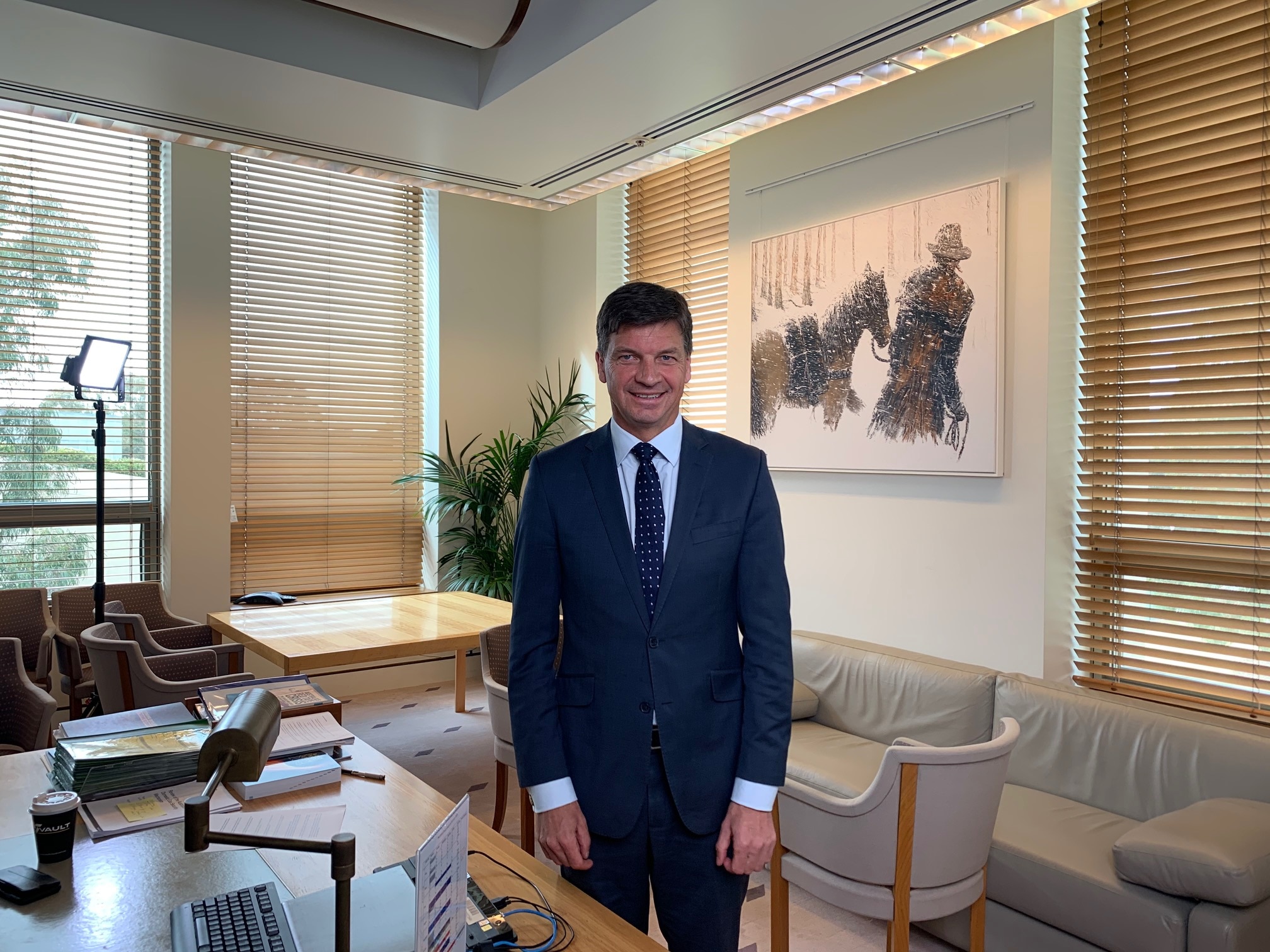 The cabinet minister, who grew up in the region, is proud of his family connection to the project.

“I would like to think he'd be proud of the role I'm playing but of course I'm proud of all of those people that were part of building this project,” he said. 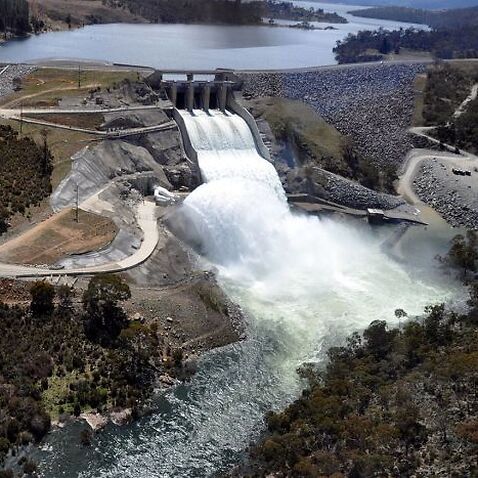 Mr Taylor is now in charge of the next phase of the Snowy, dubbed 'Snowy 2.0', which will store renewable energy for power shortages in the eastern states. 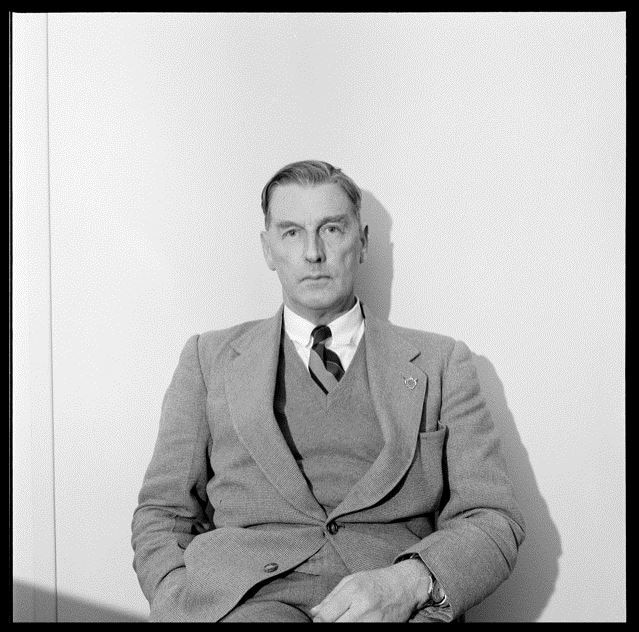 Sir William Hudson was the commissioner of the Snowy Hydro electricity scheme.

“The region was changed dramatically by the Snowy, not only did it change the face of Australia but it, of course, changed the face of the Monaro, Cooma region, the Snowy Mountains,” he said.

“The immigrant population created a very different region to what it had been beforehand.”