Lidia Thorpe, Victoria's first Indigenous representative to the Senate, has called for a treaty to pave the way for an end to the injustices experienced by First Nations people.

Greens Senator Lidia Thorpe has called for a treaty with Indigenous Australians as part of stronger action to end the injustice experienced by First Nations people.

Senator Thorpe, Victoria's first Indigenous representative to the Senate, made the impassioned call for change to address the disadvantage and discrimination in her maiden speech to Parliament on Wednesday night. 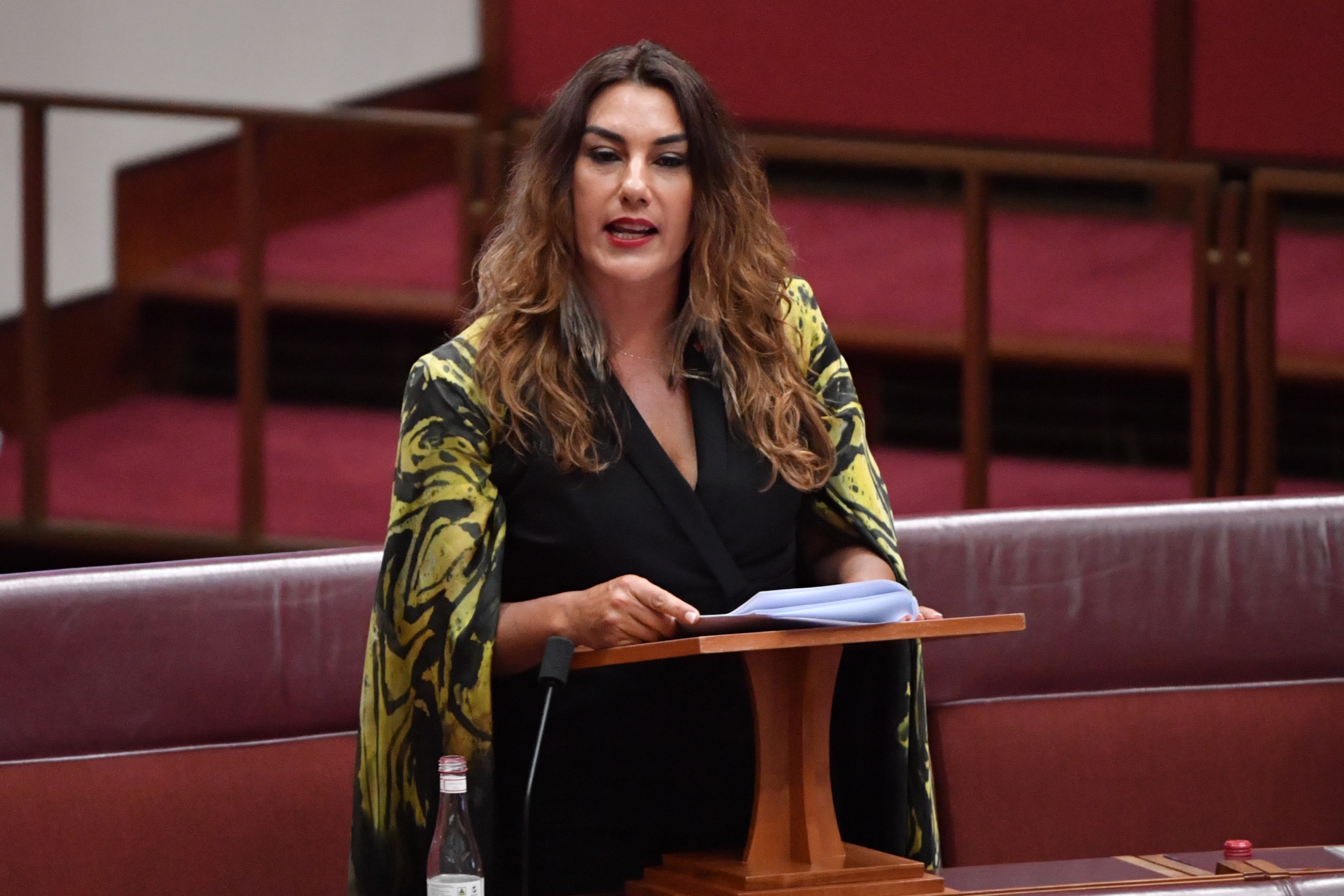 Senator Thorpe called for an end to the injustice experienced by First Nations people.
AAP

She said action must be taken to confront the inequality faced by Indigenous people, declaring that Black Lives Matter must become more than just a trending hashtag.

"To heal this we must address the inequality faced by Aboriginal people - Black Lives Matter needs to be more than a trending hashtag," she told the Parliament.

In her speech, Senator Thorpe outlined her past struggles, proudly noting she enters parliament not as a career politician, but as someone with experience dealing with the hardships of life.

The Victorian grew up in public housing and left high school at 14, before becoming a mother three years later. She also spoke of her experience with family violence and personal struggles with mental health.

“People like me were not meant to end up in places like this - our voices were silenced, sidelined and written out of the story of our own country,” she said.

“The colour of your skin should not limit your potential, your safety or your life expectancy.” 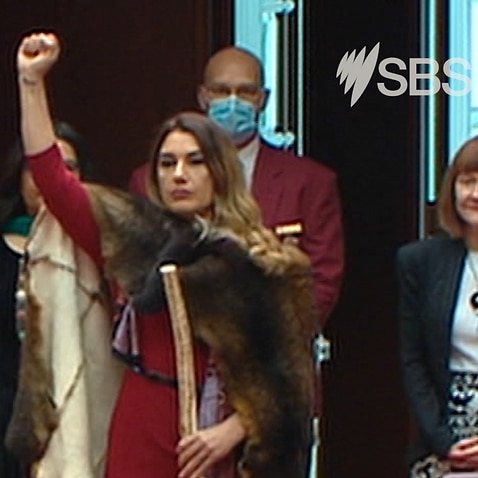 Lidia Thorpe sworn in as the first Aboriginal Victorian Senator

Senator Thorpe also addressed the high rates of incarceration, deaths in custody and the removal of children into out-of-home care.

While praising the Black Lives Matter movement, she questioned why it had taken the death of George Floyd in the United States to renew calls for change in Australia.

“Why did it take the death of a black man on the other side of the world to wake up Australia, when our Indigenous people are the most incarcerated people on earth?” she said. 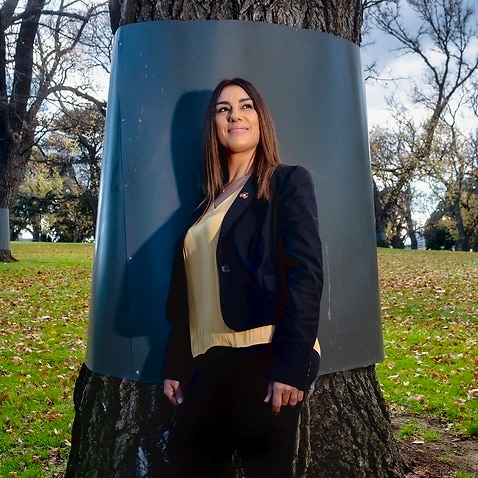 In her speech, Senator Thorpe noted that at least 441 Aboriginal people have died in custody since the Royal Commission in 1991. She went on to name eight of those victims in her speech.

“To those whose skin colour affords them greater safety and justice - it’s time to stop looking away from systemic racism and stand with us and say no more,” she said. 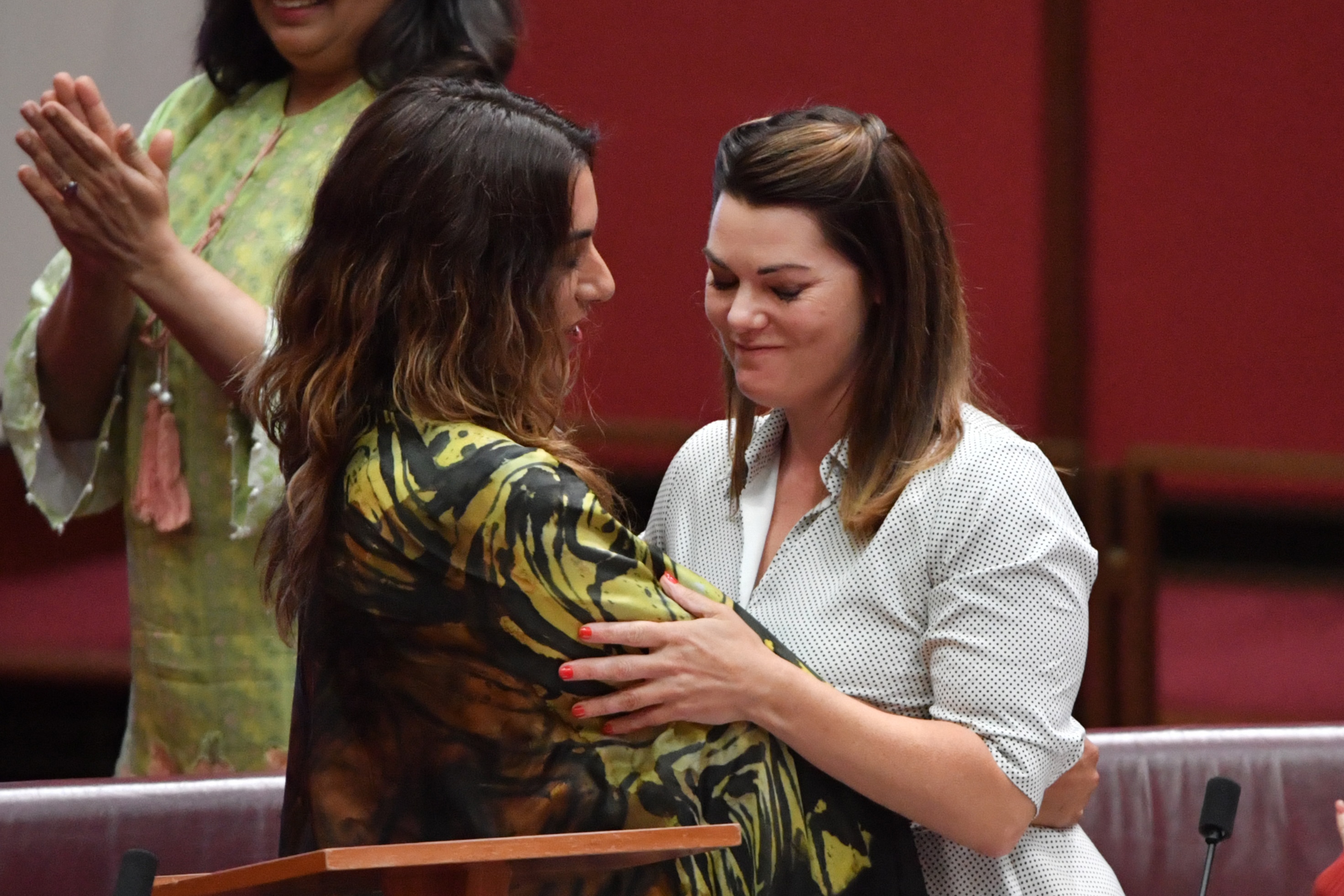 Senator Thorpe said a treaty with First Nations people would be a critical first step towards healing the wounds created by Australia’s colonial past.

"A genuine national treaty would elevate Aboriginal voices and reframe us as a more caring society, where nobody is left behind," she said.

"If we write it together, a treaty can be a blank canvas to reframe the story of who we want to be as a country.

"We can celebrate what unites us, protect the rights of First Nations people and acknowledge injustices, both past and present."

She pointed to mining giant Rio Tinto's blasting of the 46,000-year-old Juukan Gorge caves in Western Australia and sacred trees in Victoria removed for a highway.

“We have watched in real time the full horror of the climate crisis and what happens when you stop caring for country,” she said.