The governing body of liquor traders, Retail Drinks Australia, has introduced a temporary restriction on the amount of alcohol customers can purchase.

Australians are now facing tighter restrictions on the amount of alcohol they can purchase in a single transaction.

The liquor trade's governing body has moved to implement tougher measures to stamp stockpiling of alcohol.

The new rules will limit shoppers to buying only two products of the following categories per transaction:

12 bottles of wine; two cases of beer, cider or pre-mix spirits; two wine casks under 10 litres; and two bottled spirits with a total of 2 litres. 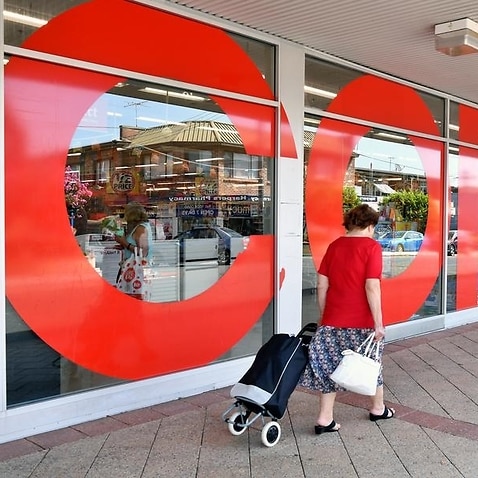 “We know that consumers like to feel the certainty of supply during times of crisis, and our members want to do their part to encourage people continuing to purchase alcohol responsibly as they normally would," Ms Ryan said.

“Our suppliers in breweries, wineries, distilleries and the wholesale and distribution of drinks continue to be fully operational and this means there are no issues of supply. 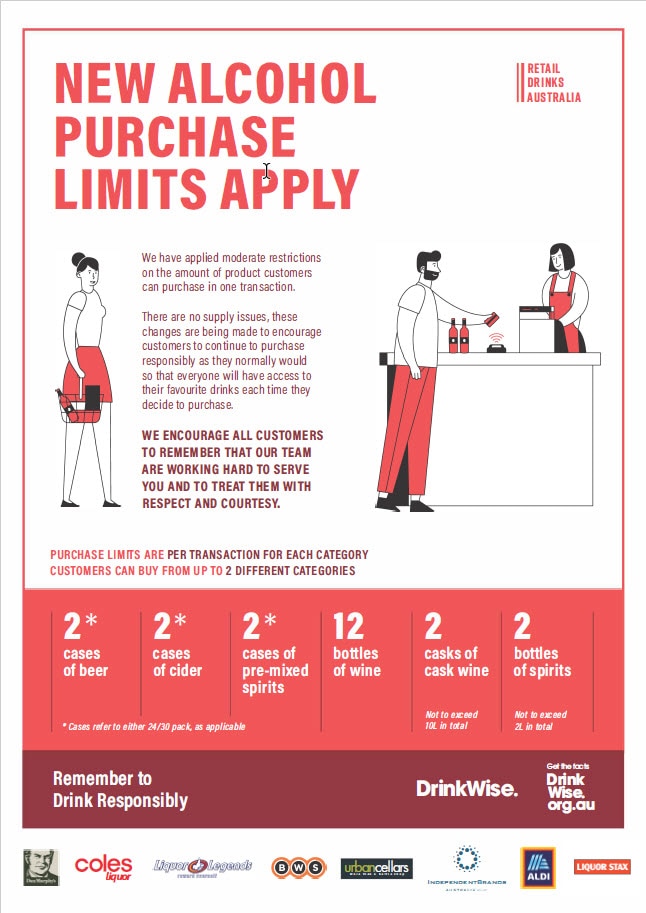 Signage has been erected in-store and online to help guide customers on the new limitations.
Supplied

Ms Ryan says signage has been placed throughout stores and is clearly found on the website of each participating retailer.

“From the opening of trading today signage will be displayed both in stores and online, which explains the purchasing limits," said Ms Ryan.

The initiative does not apply in Western Australia where separate regulated limitations on purchases already apply.

23 mins ago US Politics