Loujain al-Hathloul was among a group of seven people who were arrested by Saudi Arabia, just weeks before the kingdom relaxed its ban on women driving.

After spending more than two years in jail, Saudi woman Loujain al-Hathloul is now facing trial in a court that usually deals with terrorism charges.

This week, Ms al-Hathloul appeared in court for the first time since March last year, where she was told her case would be sent to a special court that deals with national security crimes and terrorism cases.

Her family say she was “shaking uncontrollably” and could barely hold the papers in her hands as she mounted her defence before a judge.

“Her body was weak. She was shaking, and she was on a hunger strike for two weeks,” Ms al-Hathloul’s brother Walid al-Hathloul told SBS News from Toronto.

Ms al-Hathloul is best known for her activism against a draconian male guardianship system, in which Saudi women must ask for permission from a husband, father or brother or even son, to do basic tasks. She also campaigned against the ban on women driving.

In 2019, she was named as one of Time magazine's "100 Most Influential People” and has also won international awards for her activism.

In 2018, she was among a group of seven women and men who were arrested by the Kingdom, just days before the strict ban on women driving was lifted. She was arrested on a highway in the United Arab Emirates and sent to Saudi Arabia.

Her family and rights groups accuse the Kingdom’s leader Mohammed bin Salman of seeking to suppress global credit to the group arrested for their campaigns.

“They want to make sure that they get the credit,” Mr al-Hathloul said.

Why was she jailed?

Ms al-Hathloul's crime, according to human rights activists, was to campaign for Saudi women’s freedoms.

Mr al-Hathloul says some of the dubious charges against his sister included communicating with foreign journalists about women’s rights issues, admitting to taking a test to apply for a job with the United Nations, being a human rights activist, and having previously been arrested.

Saudi Arabia says she was arrested for “contacts with a foreign power”. 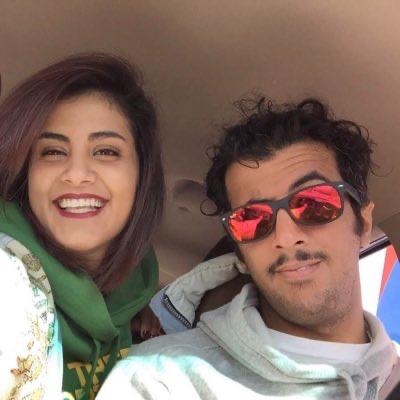 Her family says after her arrest Ms al-Hathloul went missing for three months and she was tortured with whippings and electric shocks, as well as being sexually assaulted.

She has been on two hunger strikes this past year.

Mr al-Hathloul says his family is in the dark about the road ahead, calling the court process a “sham”.

“They are trying to justify the detention, but they are not finding legal grounds.

“And basically, what they are trying to do right now is trying to buy time so that people would forget the case and that they can do whatever they wanted to.”

He said the trial was politically motivated.

“It’s really not making any difference whether it's in a civil court or terrorism court,” Mr al-Hathloul said.

There were calls ahead of the virtual G-20 summit - which Saudi Arabia hosted - to release the activists and other jailed government critics, but those calls were not heeded.

Human rights groups are hoping the incoming Biden administration will apply more pressure on Saudi Arabia over the situation.

The Biden Administration must reset our relationship with Saudi Arabia. America cannot be a credible human rights voice if we keep looking the other way. https://t.co/XqD90YgP94

President-elect Joe Biden has described Saudi Arabia as a “pariah” for its human rights record and has said he would take a firmer line.

“The only thing that enabled these human rights violations is because it has been enabled by the current administration," he said.