A new survey has looked at the extent of the impact of the low rate of Newstart and Youth Allowance on young Australians.

A survey of almost 900 young Australians on welfare found that more than 90 per cent of them skip meals weekly, more than half have couchsurfed or been left homeless; and more than a third have withdrawn from their studies due to a lack of funds.

The National Union of Students, YOUNG Campaigns, and the Australian Council of Social Service commissioned the report, saying that it demonstrates the urgent need to increase the rate of Newstart and Youth Allowance by a minimum of $75 a week. 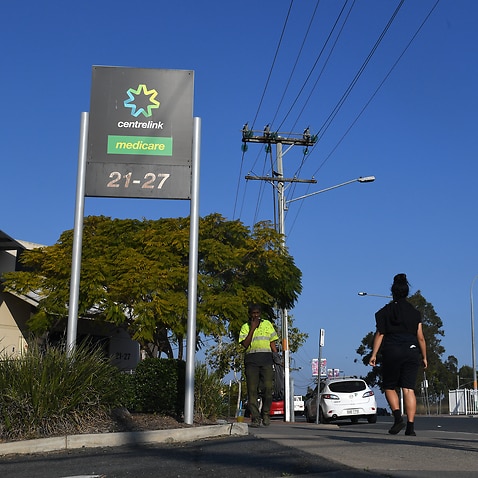 The Morrison government has resisted growing calls to increase the $40-a-day welfare payment.

The allowances have not been raised in real terms for 24 years.

Charmaine Crowe from the Australian Council of Social Service said the report's findings are distressing.

"This report clearly demonstrates how the low rate of youth allowance and Newstart is actually keeping our young people behind," she said.

"It is damaging their opportunities in life.

"We should be everything we can to support young people take all the young opportunities before them so that they can build a future for themselves."

'I haven't been able to take care of my health'

Full-time student Cassandra said despite holding down six jobs, it was difficult to make ends meet on low level of welfare payments.

"Living on welfare has driven me to attempt suicide in the past. It has landed me in a psychiatric ward and it has meant that I've been forced to continue to take courses and adding to my HECS debt when I really just needed time to recover and focus on my health.

"I've had to skip appointments. I have had to skip getting my prescriptions filled. I haven't been able to take care of my health, which is such an essential thing, because I simply couldn't afford to."

She urged the Morrison government to consider the impact of the low rate of welfare payments on youths trying to move forward with their lives.

"As long as I have been alive, these payments have been devastatingly low.

"And I know that there might be some people out there who think why should we just give people money if they can't support themselves. To which I would say what is the point of civil society if we do not help each other. If we do not support each other."

'I felt a sense of shame'

Jiah said he had previously worked full-time but has found it difficult to get back to that situation because of a lack of funds to get clothes, shoes and cover visits to the psychiatrists.

"I have been couchsurfing before and I have been homeless. I know how devastating it is for myself and others around me to listening to my story of how sad I am and to be listening to be so socially isolated."

He said he felt shame needing to rely on the support of family and friends to make ends meet.

"I have skipped many a time of seeing people I know who are my friends and family who love me because I felt a sense of shame that I have to rely on them for me, myself to survive."

He said his aspirations are clear, but the pathway to getting there is difficult to see. "All we [young Australians] want to do is to be able live, and live to the point where we are a help to our community."

Adriana Malavisi from the National Union of Students said young Australians should not be living below the poverty line.

"But these results are eye-opening, but also not that shocking for those of us that talk to students every day.

"We know that there is a huge strain placed on students and young people. And we now have results that show just how bad it is."

She said there is a need for intervention to help relieve the financial pressures of students struggling to make ends meet.

'Odds are stacked against young people'

Reserve Bank deputy governor Guy Debelle said on Tuesday that lifting the rate of Newstart would be one way of stimulating the economy.

"There are a number of things which are out there which would provide stimulus to the economy - this is one of them," he told a conference organised by the welfare sector's peak body ACOSS.

Labor leader Anthony Albanese addressing the conference on Thursday said the federal opposition will continue to call for an increase to the $40-a-day Newstart payment.

He criticised the government's catchphrase "the best form of welfare is a job".

"In some areas of Australia, like Queensland's outback, unemployment sits at 12 per cent," Mr Albanese said.

"Many Australians try their hardest to get a job, but can't because they're perceived as too old or they've taken a break from working to care for family and then don't have the right experience, or there just aren't any opportunities where they live.

"It's not that they aren't having a go - it's more that the odds are stacked against them."

A federal parliamentary inquiry is examining the adequacy of the weekly social security benefit of about $278.