* October 25, 2016 - Four adults die on the Thunder River Rapids ride after becoming trapped on a conveyor belt when their raft flipped at Dreamworld, Queensland. 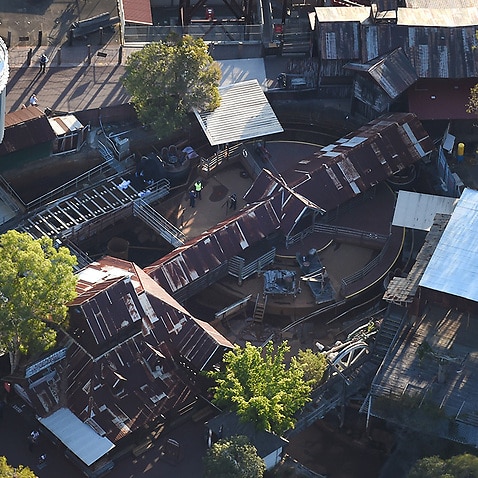 * September 12, 2014 - Eight-year-old Adelene Leong dies after being thrown from a high-speed ride at the Royal Adelaide Show.

* May 18, 2013 - Five-year-old boy seriously injured after being flung from the Frizbee ride at a school fete in Highfields, Queensland.

* March 11, 2001 - Eight-year-old girl dies and 11 people injured when an inflatable carriage breaks free from a ride at a carnival in Kapunda, South Australia.

* Sept 2, 2000 - Thirty-seven people hurt when the Spin Dragon ride collapses and drops a 4.3 tonne gondola onto queuing riders at the Royal Adelaide Show.

* Feb 22, 1997 - 11-year-old girl dies and two boys injured when a carriage on the Octopus ride breaks free and falls to the ground at the Rylstone Show near Mudgee, NSW.

* June 9, 1979 - Six children and one adult die when Sydney's Luna Park's Ghost Train catches fire. This occurred two months after 13 people were injured on the Big Dipper when a steel runner came loose on a rollercoaster train on April 16.

* October 24 1968 - High-wire stuntsman Adrian Labans, 44, falls to his death during a high wire act at the Royal Hobart Show.