Scientists have long known about microplastics travelling in water, but a new five-month study has now revealed they can also travel by air, spreading their effects even further into the environment.

Researchers in France said that they had recently found thousands and thousands of microplastic particles raining down on a secluded spot in the Pyrenees, 120 kilometres from the nearest city.

Their study, published in the journal Nature Geoscience, suggests that microplastics — long known as a source of water pollution — may also travel by air, spreading their ill effects far from dense population centers.

Deonie Allen, one of the lead researchers, said the five-month study was “the first step toward looking at microplastics as an airborne pollutant”. 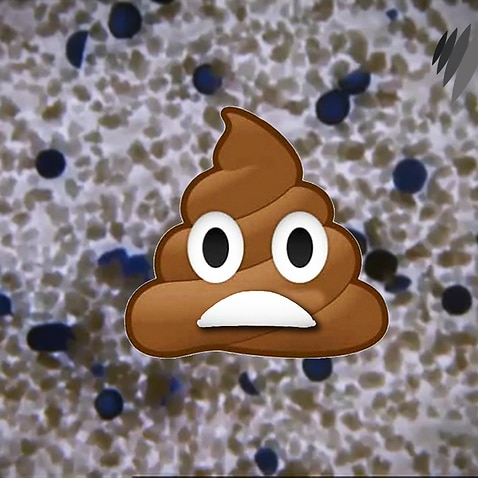 Microplastics have now been found in human poop. This is not good.

“We kind of expected to find plastics there, but we certainly were not prepared for the numbers we found,” he said.

“It was astounding: 11,400 pieces of microplastic per square meter per month, on average.” French researchers found thousands and thousands of microplastic particles raining down on a secluded spot in the Pyrenees.
AAP

Microplastics are pieces of plastic debris that measure less than 5 millimeters long, roughly the size of a sesame seed, according to the National Oceanic and Atmospheric Administration.

But they can also be much smaller than 5 millimeters. The fragments found by the Pyrenees study were generally 10 to 300 microns across, with most roughly 50 microns, Deonie Allen said.

For comparison, a human hair is about 70 microns wide. 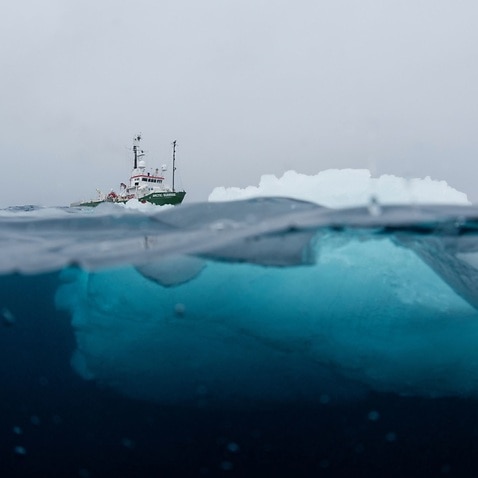 Microplastics have been detected in Antarctica

Microplastics can come from a variety of sources, including items like plastic bottles or disposable contact lenses that break down into smaller pieces.

According to Allen, a lot of microplastic pollution comes from cities, landfills and farms that are sprayed with “wastewater treatment sludge, which is loaded with microplastics".

Microbeads, which are found in some hygiene products like toothpaste, are another source of microplastic pollution.

Concern over their environmental impact has led some governments, including Britain’s, to ban the manufacture of products that contain them. 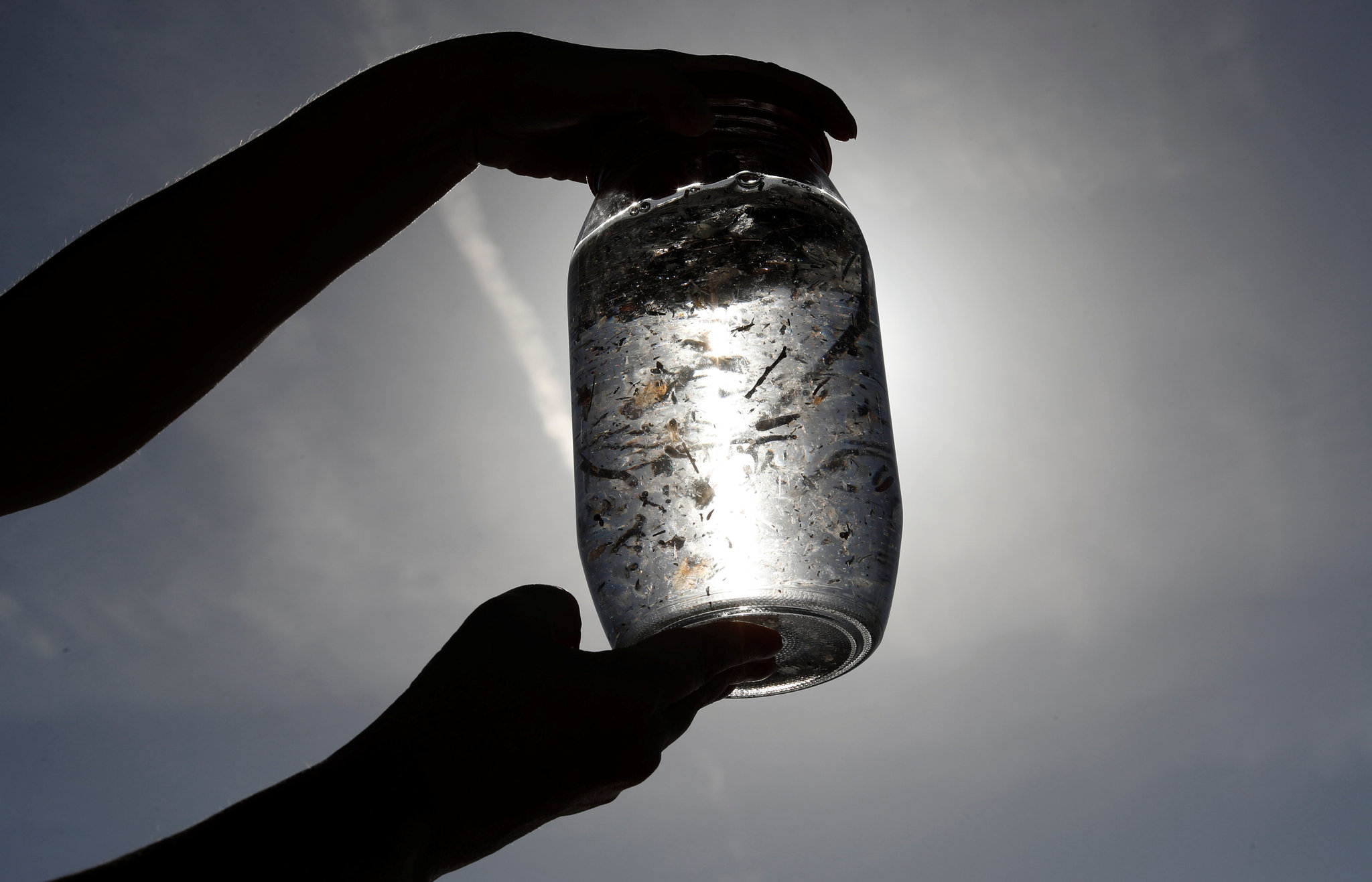 Where Are They Found?

They may be everywhere. Or, at least, wherever the water and wind can take them.

In the ocean, microplastics contribute to phenomena like the swirling gyre of more than 87,000 tons of trash that lies hundreds of kilometres from shore.

But the Pyrenees study, a collaboration between the University of Strathclyde in Scotland and the French National Center for Scientific Research at the University of Toulouse, suggests they may also be a source of pollution in the air and on land.

“At this point there is a lot of knowledge about oceans as a driver of microplastic pollution, which is creating some backlash against plastics,” Mr Allen said. 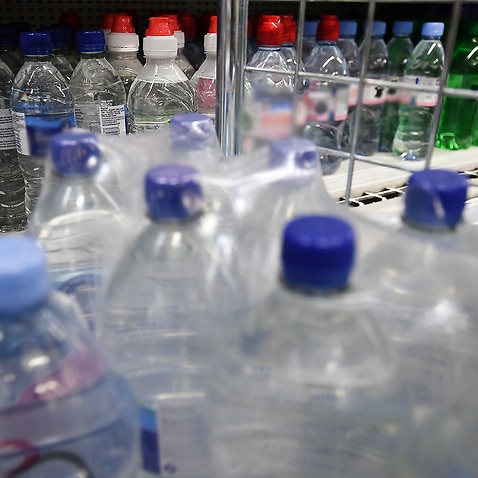 Plastic particles found in most bottled water, WHO to investigate

“But we are still learning that we can’t get away from it because it is also in the air.”

Researchers, taking samples from two separate monitoring devices, found that 365 pieces of microplastic per square meter rained down from the sky each day.

Mr Allen compared airborne microplastics to dust from the Sahara, which has long been known to travel by wind across the ocean to the United States and the Caribbean.

“At 450 microns, it can still travel 3,500 kilometers,” he said. “Plastics are not as dense, they are about half the weight and they are irregularly shaped, so aerodynamically, it is easier for the particles to be lifted into the air.” A ghost net found drifting through the Great Pacific Garbage Patch.
AAP
, a

How Much Damage Can They Do?

Microplastics have been found to harm animals, including insects and marine species, in a number of ways, but more research needs to be done to determine their effect on humans, researchers said.

Mr Allen said microplastics had been shown to “block up the gut” in fish and insects.

“The chemicals that make up the plastic, we know they have an impact on the animal endocrine system and the lymphatic system,” which regulate the production of hormones and the elimination of bodily toxins, he said.

In an example of plastic’s gut-blocking effects on a larger scale, a dead sperm whale washed ashore this month on the Italian island of Sardinia with 21 kilograms of plastic in its stomach, including microplastics as well as larger items like a corrugated plastic tube and shopping bags.

Ms Allen said microplastic could also change the chemical composition of the environment in small but significant ways, for example, by absorbing pheromones that fish and insects depend on to trigger their fight-or-flight response. 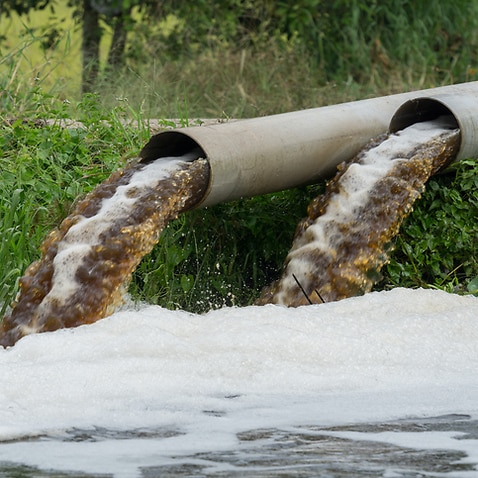 “When you put plastic into that environment, it absorbs that chemical, which means those protection or defense responses are no longer occurring,” she said.

“It is not just about biological impacts inside the animal; it also impacts the environment it is living in.”

Researchers are increasingly confident about the ubiquity of microplastics in human life.

A study published in 2017 found microplastics in 83 percent of tap water samples collected from around the world, including 94 percent of samples from the United States, which had the highest rate of contamination.

Another study estimated that people who frequently eat shellfish could ingest as many as 11,000 pieces of microplastic every year.